The NSW government attempted to muzzle GetUp and failed spectacularly

There was a victory for the unions and GetUps of Australia this week as the NSW government’s attempt to effectively halve the limits on what they can spend in election campaigns was unanimously declared unconstitutional by the High Court.

Politically speaking, it’s a major blow in the increasingly tense stand-off between the Coalition parties and their media backers on the one hand, and the so-called “third party” campaigners — mainly trade unions and social media based political action groups — on the other.

There is a real concern here: the fear that Australian political campaigning could go the same way as the United States, where political parties and candidates are heavily constrained by law in their fundraising and spending but that PACs (political action committees) and super PACs who wield billions of dollars worth of power, are completely unregulated and have an enormous impact on electoral outcomes.

Alongside this is the less legitimate worry of the declining ability of conservative forces in Australia to mobilise popular support and money for their causes, compared to the growing capacity of progressive groups to do so.

Both elements were at play in the NSW government’s decision to tinker with its electoral funding laws in relation to third-party campaigners. Back in 2013, in an earlier challenge by Unions NSW, the High Court had upheld the government’s right to put caps on donations and electoral spending, including lower caps for non-party entities. At the 2015 state election, those spending caps were $100,000 per electorate for parties, and $1,050,000 in total for third-party campaigners. A number of unions had each spent close to that amount in their campaigning against the Coalition government.

Reelected, the Coalition appointed an independent panel to review the whole act. It recommended, among many other things, a reduction in the third-party cap. The government jumped on this, more than halving the cap to $500,000 for the election coming up in March this year. The unions then took the issue to the High Court.

The case turned on free speech. Although we have no such legal right in Australia, we do have an “implied freedom of political communication”, guaranteed but not explicitly stated anywhere in the constitution. It tends not to do a lot for us in practice, but every now and then the High Court pulls it out of the bottom drawer to invalidate a legislative attempt to shut down democratic debate.

In the context of political campaigning, the Court has been particularly vigilant. Over the years, it’s stopped many attempts by governments to reduce the noise of electoral campaigning.

This time, the NSW law came a cropper for a simple and really stupid reason.

The Court readily accepted that it’s legitimate for the government to regulate political spending, including in a way which protects against development of a super PAC-type model which would risk corrupting the democratic process by sheer volume of spending power. However, the government bears the burden of proving that the laws it makes, which impinge on freedom of communication in political affairs (such as political advertising), go only so far as is reasonably necessary to achieve a legitimate purpose.

The crackdown on third-party campaigners failed because the government could come up with no evidence to prove that halving their spending was reasonably necessary. The independent panel had told the government that it should get that evidence before amending the law, but it ignored that advice. The High Court thought this was pretty dumb, and accordingly kicked the amended law to the kerb.

That was what six of the judges decided. The seventh, and most junior — Justice James Edelman — would have found the law invalid anyway, because he discerned an illegitimate purpose in the government’s actions. He pointed out that the government had explicitly justified halving the third-party spending cap on the basis, as the minister at the time explained it, that “third party campaigners should have sufficient scope to run campaigns to influence voting at an election — just not to the same extent as parties or candidates”.

Which begs the obvious question: why not? What’s legitimate, in a free speech context, about favouring organised political parties over other advocacy groups, in relation to their ability to campaign? Edelman didn’t like this way of thinking, and I’m with him. The law’s real purpose, he found, was to “shut down protected speech”, which is exactly what the constitution prohibits in its design to ensure that democracy remains a noisy beast.

There will be plenty more work for the High Court to do in this field. Grass roots campaigning is only going to grow, and the unions are a resurgent force in politics. On the conservative side, the recent appointment of Tony Abbott to run the federal coalition’s social media campaign would tend to indicate that the competition isn’t exactly evenly balanced.

Not that there isn’t plenty of money available for right wing causes, from the billionaires’ club and the big end of town. It’s just that here, unlike in the US, that money is rarely interested in “social” issues; rather the spending goes to matters of more direct self-interest like the hatred of taxes or the love of coal.

Which means that the conservative parties will continue to look for legal means of evening the ledger, including more attempts to put a clamp on what unions and the likes of GetUp are allowed to spend. Which the latter will challenge, and so the lawyers will feast.

There are better solutions than this silly turf war, but not much interest from any major party in finding them. So — on with the show.

Did the High Court make the right call? Email us at boss@crikey.com.au and let us know. 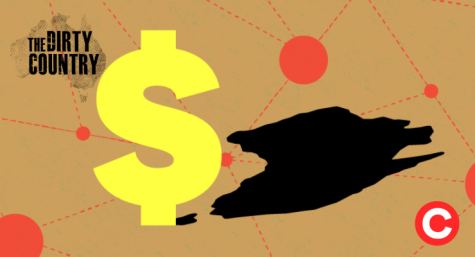 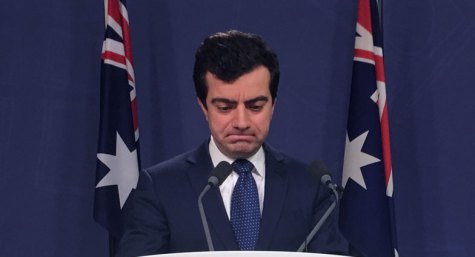 The level of fear and panic that the Liberal party has about GetUp makes me want to donate to GetUp.

@Saugoof, Make that donation Mate. It’s a contribution to our freedoms.

@ Thelorikeet, ” Turn on” the the ALP sounds a bit strong. Certainly whatever is necessary to “keep the Bastards honest”. “turn on” sounds like something vicious and undeserved.

BTW Did anyone watch that program on SBS last night Fahrenheit 11/9? It was quite an eye-opener, VERY scarey and shows up what a lot of contributors on this site have been saying for some time. Sure, it applies to the land of the freaks and home of the brainless but there seems to be a lot of similarity with us in Aus.

Turn on turn of phrase. GetUp will legitimately be critical if you prefer. And yes i do put my hand in my pocket for getup and crikey and the guardian and various political candidates and community groups

Interesting part of 11/9 were the reputable opinion polls that showed strong majorities for many left/ progressive causes. I wouldn’t characterise many of those causes as left, progressive is more accurate. Medicare for all, climate change action, strong big bank regulation are all policies that ordinary Americans favour strongly. However the status quo and big business pay the government to crush them. Guns/artillery are another totemic issue in the military / industrial democracy(?).
Still that fucking know all Trump can’t , to his great annoyance, be like Putin or ‘Rocket man’.

Yep, I certainly watched it. The thought of the same thing happening/happens in Oz is unavoidable. And terrifying.

Subscribe to Getup, why don’t you? At least you will be right 50% of the time.

why don`t you lorikeet, I do frequently and its money well spent.

I do it from time to time. I’m saving my pennies for the election. Political parties always have an agenda, such as running dead on TPP, and the like. I often cut out the middle-man and pick an issue for Get-Up to promote directly.

And, it scares the pants off the LNP in general – and in particular – Otto Abetz – which is always enjoyable.

Note that, whilst they were keen to silence The Unions & Get-up, I don’t recall any such attempts to prevent funding from the IPA, the Sydney Institute or wall to wall publicity from News Corpse.

It is a constant source of amusement to me the antipathy that political parties, principally right wing parties, have towards GetUp!. How can an organisation that facilitates activism by ordinary citizens be dangerous to democracy? GetUp! has simply harnessed the very essence of authentic democracy That the LNP is terrified of GetUp! says everything about what the LNP thinks democracy is.

And the LNP constantly attacks GetUp! while taking money from big business to do its bidding in making laws. Why did it take so long to constitute a royal commission into the financial services industry? Because banks paid both the LNP and Labor to claim a royal commission was not necessary; ie until Labor woke up to the real community anger with the seeming untouchable banks. What fucking hypocrites.

GetUp! will do Australia a lot of good in the federal election. It will also certainly get rid of Dutton and will very likely get rid of a lot of his ilk from parliament, hopefully Abbott included. Only then will we be able to get on with sensible policy on energy and climate change, albeit more than 10 years behind most of the rest of the world.

Master Of Coin
Reply to  Been Around

Zali Steggall won’t need or want GetUps money against Abbott, and they’ll steer clear of her. She has hordes of wealthy centre-right fans opening their cheque books already

What’s the market value for the sort of one-sided, positive advertising PR that Murdoch’s “opinion as news” Limited News behemoth bestows on the Coal-ition : while burying Labor/Greens under a slag heap of negativity (especially with an election in the air) – trying to persuade and influence the perceptions of a sufficient majority of the “swinging set” to vote for his Limited News Party, based on their being “fitter to govern” (as judged by Murdoch’s Muppets) – ie. a “foreign owned entity trying to influence our electoral outcomes”?
Has this NSW (or federal) Limited News Party government had a swipe at Murdoch’s PR Ink; for doing much the same thing GetUp! does?

Thank god that Australians, unlike their dumbed down U.S cousins have woken to the conservative Murdoch Rinehart agenda and are fighting tooth and nail to put an end to the fascist take over of the Australian political agenda and their cruel and unfair trickle down ideology, one more term of this government and it would have been too late as the neo cons were well on the way to stacking the legal system, the federal police and the industrial relations system to their own extreme right wing ideologies but we will have to remain vigilante to prevent a return of these corrupt politicians and their multi national and big business mates as they reform, while the snake is still wriggling it can still bite.