All eyes are on the ratings for Nine's rebranded morning show after a rough start to the year.

Two weeks into its new line-up, Nine’s Today is back home in Sydney and network bosses will surely be hoping the ratings pick up as schools start to return and people end their holidays.

The morning show has had a disappointing start to the year on-site at Melbourne’s Australian Open, and audience figures lurched to near-record lows on Wednesday and Thursday last week.

The line-up itself has been weak. Sports presenter (and AFL Footy Show host) Tony Jones has angered many tennis fans with his “cringeworthy” Channel 9 coverage, and come under scrutiny for comments made on Today. Tom Steinfort, the new news reader, looks grim at times and too glib at others. News is one of the primary attractions the breakfast programs offer to time-short viewers and at the moment viewers are not tuning in.

But Nine spinners are doing their very best to push the new lineup and undo the damaging gossip reports about the cast from last year. Georgie Gardner, the only continuing presenter, was the covergirl for News Corp’s Sunday newspaper insert Stellar over the weekend. The piece was about “setting the story straight” on Karl Stefanovic’s dumping from the program, including why she didn’t go to his wedding. Gardner was quoted on her “very solid friendship” with Stefanovic, in rebuttal to relentless coverage last year.

And inside the news pages, the “real” reason for Nine sacking Stefanovic was revealed — it wasn’t his extravagant wedding, but the hat he has been seen wearing in Instagram and paparazzi pictures over the past year or so. The Tele shared details from viewer focus groups that repeatedly cited Stefanovic’s hat as a reason they’d turned off him. Their Nine insider is quoted saying:

Feedback kept coming back to this hat. Session after session you would hear the complaints about Karl and this hat, and for some reason it just turned viewers off. They thought he was this normal, down-to-earth guy and then they see this hat and they’re like: ‘Wait, he’s not like me at all.’.

Today‘s new lineup started on January 14 with Deb Knight and Georgie Gardner; it rated 312,000 national viewers and 197,000 in the metros. The last time the 200,000 level for the five metros wasn’t met was last September when Karl Stefanovic was co-host with Georgie Gardner. The figures recovered from that low but they were not great.

There was a fitful recovery in that first week, but on Wednesday morning the figures collapsed: the national audience figure fell under the 300,000 level to average 274,000, with the five metro audience dropping to 193,000, a noticeable drop from the day before.

Thursday was even worse, while the metro audience edged up to 194,000 (which is really a rounding error in the estimates from Oztam). The national audience fell to 276,000 as it was deserted by regional viewers who totalled just 82,000. Both Today and Sunrise are national programs and are supposed to draw viewers from across the nation.

The lack of support from metro viewers has to be a big worry for Nine but so should the continuing erosion of its viewing base in the regions where ABC News Breakfast from 7am to 9am often outrates it.

There is a lot riding on Today’s performance especially for Nine CEO Hugh Marks. He ordained the Today revamp and drove the changes. If it flops, he will have to own it. If the sub-200,000 metro audience becomes the norm, then the revamp will have failed.

Nine didn’t respond to Crikey’s questions, but re-sent director Steven Burling’s comment from the first day of the new lineup:

We know this is a long game and we will continue every day to work hard and improve across the board to provide our audience with the best show we can each and every day. 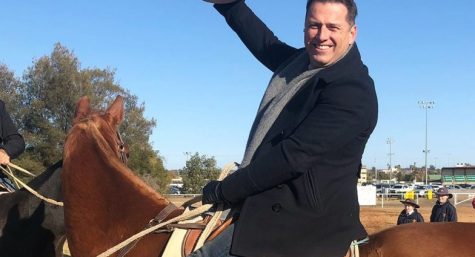 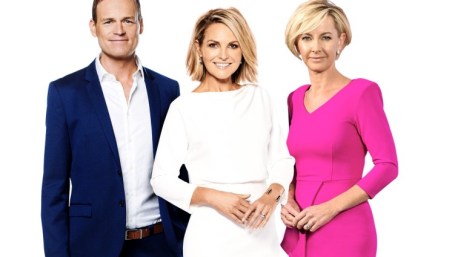 Every day, Today drifts further from the top

Glenn Dyer’s TV Ratings: a race to the bottom for reality TV

Although not a regular viewer of Today I seem to have missed all those occasions when Karl Stefanovic wore the allegedly offputting hat on the set of the breakfast show. I jest.

If Today’s audience is sufficiently fickle to turn off Stefanovic because, away from the workplace, in photographic stills he sometimes wears a sun hat of which they disapprove then he’s well out of it. It says plenty about Instagram followers & about Today viewers.

Can anyone explain to me why I should give a toss about Karl’s hat, or Today’s ‘revamp’ or its ratings? I don’t even know why I skimmed this article.

Were news a priority to “time short” people why would they seek it on morning TV?