Who's benefited from this? Ultimately, nobody. We’ve lost six years, and are left with a great failure of public policy.

Former PMs Rudd and Turnbull have been busy debating Rupert Murdoch’s role in their downfalls, but one thing is being overlooked: the critical need to fix the National Broadband Network.

The former PMs can’t agree on how the conspiracy was supposed to have worked. Rudd asserted that it was opposition to the NBN wot done it; he blamed Turnbull, then-communications spokesperson, for carrying out News Corp’s bidding to protect Foxtel by neutering the NBN. Not so, said Turnbull: Normally, the Murdochs laugh off the generalities of claims of political meddling while staying schtum on the specifics. There’s a corporate thought that public boasting (like the famous “It’s The Sun Wot Won It” after the 1991 British election) only hurts the company. Power should be exercised behind the scenes.

But this time, Murdoch heir Lachlan has broken cover to deny the specifics of the Turnbull leadership spill in a detailed journalistic tick-tock in The Monthly: These exchanges are like coded radio signals with poor reception. But listen carefully to the static and match it with other developments.

Firstly: they help us recognise that News Corp is now Lachlan’s company, not Rupert’s. The elder Murdoch has remained largely off-air since his accident a year ago. Company management reshuffled in late 2018 and now, by and large, the leadership team are Lachlan’s people — and certainly not James’.

It’s no secret that Lachlan is close to Abbott, certainly closer than any of the Murdochs are to Turnbull. Perhaps when Rupert spoke with Turnbull during the spill he was telling the truth when he deflected to Lachlan. And now, Lachlan’s denial is an attempt by the new boss to clean up.

But more importantly: the chatter reminded me of the need to address that great failure of public policy which is the NBN.

The Liberals’ decision to abandon the readily comprehensible “fibre to the premises” (FTTP) for the significantly less comprehensible “multi-technology mix” (MTM) has gone a long way to meet the alleged 2010 direction of then-leader Abbott to Turnbull: demolish the NBN.

Without need for conspiracy, this reveals philosophical differences between the parties: for the Liberals, the internet is a consumer good. If you want it, pay for it. For Labor, the NBN reflected the emerging international consensus that access to the internet is a public good, almost a human right.

The decision also reflected a profound underestimation of the demand — and the potential — for broadband internet.

Rudd’s conspiracy is based on that old Latin saw: cui bono? Who benefits?

Public good it may be, but FTTP broadband was — and is — an existential threat to Foxtel. Back before Abbott’s election in 2013, it was the only significant electronic asset allocated to News Corp after the 21st Century Fox split. It was intended to provide the financial backbone of News Corp’s otherwise struggling Australian media assets.

Who would benefit from gutting the NBN? Well, News Corp. The bandwidth constraints of the MTM would give Foxtel’s robust infrastructure an unassailable edge in scope and quality.

As recently as 2017, News Corp planned to cash in on Foxtel’s value by merging the jointly-owned (with Telstra) Foxtel with the wholly owned Fox Sports, to create the 65%-owned new Foxtel and list it on the ASX. Since then, streaming services like Netflix or Stan have crashed over the top of cable services like Foxtel. With its infrastructure costs, Foxtel struggles to compete on price and its household take-up has drifted sideways. The ASX listing seems to have vanished into the ether.

So, who benefited? Ultimately, nobody. Instead, we’ve lost six years.

An incoming Labor government should be expected to move quickly to write off the unnecessary costs incurred by the MTM diversion and return to delivering the FTTP internet that the future demands. 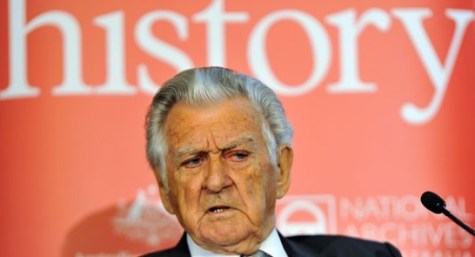 Who you should blame for the NBN (hint: not just Turnbull)

I agree we need to fix the NBN – but how?

Michael Malone, an NBN director and one-time founder of a major ISP, was asked some years back why he agreed to go on the board of a business that had a fatally flawed technology strategy, and his answer was to the effect that he knew they’d eventually have to go fibre-to-the-home but he was cool with going to the node as a first step. In his view it was a bad idea but it was better than nothing

But there’s a problem in that argument that hasn’t being addressed: the financial ramifications. Conroy’s sleight-of-hand to keep the cost off-budget meant that the NBN is a corporation. It’s already had to absorb losses due to changes in its not-very-sensible CVC pricing model, and write down the incredibly expensive HFC networks it was forced to acquire. The current MTM infrastructure has been capitalised. If it has to write off the assets that underpin the MTM model (the cabinets, the cabling etc) it will almost certainly need substantial further capital to do so. This is likely to happen in a recessionary climate where government resources will need to be directed to stimulus.

So I wouldn’t count on it happening soon. We’ll be stuck with Mr Turnbull’s mistake for quite a while to come.

Johnny Rotten
Reply to  Asking for a Friend

Conroy’s sleight-of-hand to keep the cost off-budget meant that the NBN is a corporation.”
You either have it on books and have to fund it or you leave it off budget in the hope that it can be sold off to clear the accumulated cost

Bref
Reply to  Asking for a Friend

It’s not rocket science. Large govt projects have traditionally been funded by bonds and the NBN is no different. It’s really shameful that our forefathers were able to get electricity and phone lines out to 99.9% of homes, farms and businesses around the country, but somehow the current generation can’t get that little blue line to do the same. What a joke. The cost, while important, is largely irrelevant as the entire project will pay for itself several times over in its lifetime, just as the phone and electricity lines did.
The blame for the current debacle is wholly and solely on the shoulders of the liberals. They, telstra and other vested interests sought to destroy the publicly owned model and have almost succeeded. Lets hope its not too late.

“An incoming Labor government should be expected to move quickly to write off the unnecessary costs incurred by the MTM diversion and return to delivering the FTTP internet that the future demands.”

Please let this happen ! It’s going to have to be done so the sooner the better.

It won’t happen, for the same reason that many other good things won’t happen: because they are afraid of budget deficits and have swallowed the neoliberal nonsense that “surplus budgets” are the epitome of good economic management. Surplus budgets drain money from the economy and should only be resorted to when there are strong export surpluses and the economy is facing inflationary pressures. But the Labor neoliberals don’t get it and we must continue to suffer.

As with many people, you’re talking as if this is money out the window. This is not true, the NBN is a money making infrastructure investment. Whatever it costs will be payed back, probably several times over in its lifetime. Precisely the reason it should never be privatised. Lets not do another ‘telstra’!

Paying back over its lifetime is not understood by those who believe in neoliberal macro-economic myths about “bringing the budget back to surplus”. That is the problem. Every time he gets a change our shadow treasurer assures us he will deliver bigger surpluses than the coalition. Not very encouraging at all.

“Public good it may be, but FTTP broadband was — and is — an existential threat to Foxtel”

Not so sure about that. You cannot get a new Foxtel connection now except through satellite

Yes, but there are foxtel like products emerging online, its only a matter of time. Sling TV is only $20 per month.

I’m not sure when Paul Fletcher left Singtel Optus in relation to the HFC network being sold for $800m to NBN. Certainly Singtel should be seen as a major beneficiary of the MTM change.

Go back and read the advice from network engineers of a few years ago before the Turnbull Travesty first started being rolled out. These are the people who really know and understand the technology underpinning modern data networks. They all said the same thing.

The technology platform that the current interation of the NBN is built on is past its use-by date. It was past this date BEFORE the roll-out even started.

There’s only one fix. The only way to do something right is to do it right. Turnbull’s chewing-gum-and-duct-tape ‘solution’ is never going to cut it. Virtually everything that has been done on the Liberal’s watch has to be junked. We have to start again from scratch, or at least, from the extent of the FTTP implementation that Labor managed to take it to before they lost office.

Billions of dollars have been wasted. Years have been lost. Our opportunity to be at the forefront of broadband applications has been squandered. And yet still the same incompetent morons rule in Canberra. It beggars belief.