What is Julie Bishop playing at? The China lobby is nowhere to be found. Plus: keep an eye on the Daily Mail's tech coverage over the next few weeks...

The Wintour of our discontent. Former foreign minister Julie Bishop doesn’t make the front page of The Australian nearly as often as she used to since the regime change shoved her to the outer of government. But today, she returned for her support of Vogue editor-in-chief Anna Wintour, who said Prime Minister Scott Morrison’s “record on LGBTQ rights … seems backward in all ­senses”.

You could, of course, set your watch by the reaction — Chris Kenny and Miranda Devine both wrote pieces that quite magnificently typified their tendency to hysteria.

While there has been much speculation, Bishop is not yet officially among those to jump from Morrison’s sinking ship, but her tune is certainly changing. After years of equivocating, in 2015 she gave quiet indication that she supported marriage equality saying “I have absolutely no concerns about it myself, but I know there a lot of people who are deeply concerned about the issue”. And then she returned to silence, refusing to campaign for marriage equality during the debate proper, or even join Liberals and Nationals for Yes.

It was noted that she was even less active than prime minister Malcolm Turnbull, who at the very least made his feelings clear. “She has been completely absent,” one campaigner put it at the time. Several pieces noted Bishop’s tendency to “go with the flow” on this issue, and according to The Daily Tele Bishop’s silence led “colleagues to speculate she is trying to keep conservative colleagues and voters on-side in case there is a ­future leadership spill”.

So what should we make of her describing Wintour’s point of view as “pertinent”. Is it a sign that she no longer worries about the Devines and Kennys (and, while we’re on the subject, the Abbotts) of the world? And if so, what does that say about the famously cautious Bishop’s future?

The Daily Mail will have its revenge. There was a fair bit of schadenfreude in the air yesterday when it was reported that a fake news plug-in, pre-installed on Microsoft’s internet browsers, marked the Daily Mail as a website that generally fails “maintain basic standards of accuracy and accountability”. The Mail has already responded strongly, calling the classification “egregiously erroneous”. The UK newspaper and global website is trying to get the label reversed, but Ms Tips will be watching with interest if they don’t succeed.

When Wikipedia removed the Daily Mail as a trusted source in 2017, it went into full attack mode, running stories with headlines including: “The making of a Wiki-lie“, “It’s time to discipline the lawless internet” and “My son’s imaginary affair with Myleene Klass and why I know Wikipedia publishes any old nonsense“. A few months later, the Mail went after Wikipedia again for hosting links to Islamic State propaganda.

If Microsoft sticks with the plug-in, and the Daily Mail keeps its current status, Ms Tips will be looking out for “investigations” into the company’s business practices, as well as into The Bill and Melinda Gates Foundation, the philanthropic organisation run by co-founder Bill Gates and his wife. We suspect the couple should probably keep an eye out for paparazzi, too.

Where is the China lobby? We know it’s still summer holidays for some, but the normally verbose China lobby seems awfully quiet on China’s arbitrary detention of Australian citizen Yang Hengjun.

Where’s Bob Carr, normally ready to offer a chin-stroking op-ed about the importance of cosying up to China? Where’s Hugh White, enthusiast for appeasement of Beijing? Or NSW Labor MP Shaoquett Moselmane, he of the call for China to create a new world order? Are they keeping their heads low during yet another demonstration of Beijing’s contempt for basic human rights?

Then again, Chinese agents have been kidnapping dissidents and alleged “criminals” from Australia and other western countries for years without raising a complaint from the China lobbyists, so surely another detention is neither here nor there?

White (supremacist) ball cricket. More proof, as if any were needed, that the mainstreaming of white supremacist talking points is not without consequence: a banner reading “It’s ok to be white” was unfurled at yesterday’s Big Bash League match between the Perth Scorchers and Sydney Thunder. It’s a phrase that would be familiar to anyone in the Australian Senate who endorsed and then hastily disendorsed it when it was put forward as a motion by Pauline Hanson late last year. The men involved were issued a move on notice by police, and ejected from the ground. Ms Tips asked a few of Australia’s preeminent fascist-watchers who they thought might be responsible, and all pointed to leaders of the United Patriots Front in WA — who have previously been involved in scuffles with protesters at Safe Schools rallies, and Muslim students at the Murdoch University Muslim prayer centre, and Curtin University. 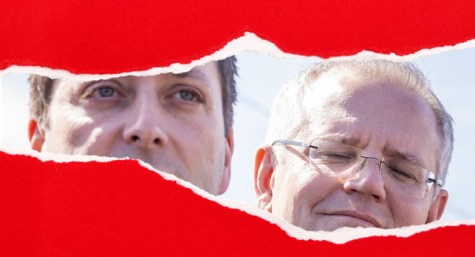 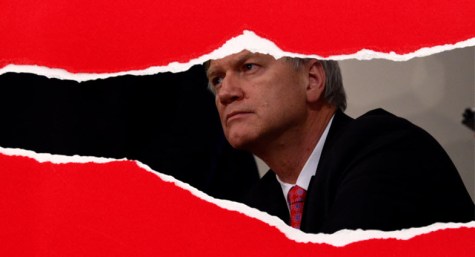 No, Julie Bishop didn’t. She is just sucking up as usual, at the tennis this time.

Spot on. I happened to know first hand that Julie Bishop was shuffled into that photograph with Wintour by the organizers very reluctantly.

As an aside and for what it matters, I do not agree with Margaret Courts position of opposing same sex marriage, but I am sick and tired of her being relentlessly denigrated just for having an opinion.

For Wintour, a US citizen to come into Australia and start making proclamations about Australian citizens is about as bad as it gets and seemingly typical of American policy and attitudes to the rest of the world.

If you come here with that attitude and arrogance, then go home.

geofreason
Reply to  Side Show Alley

Hear hear. It would seem that Americans are devoid of decency. How would this woman feel if someone went to America, and whose opening stanza was “Christ your gun laws are rat shit.” The fact that it was true doesn’t lessen the rudeness.

The usedCarr must have noticed a glitch in his stipend to have neglected his usual “chin stroking” equivocations.
Presumably Apostrophe Activists couldn’t be arsed about the banner but it is the far, far West.

Julie Bishop is a social crawler par exelence. You will find Anna Wintour is the golden cheery that Bishop yearns to eat.