Inside one of Australia’s most historic beach shack communities

The residents at Era don't have phone reception, roads or 21st century amenities, but they have plenty of stories to tell.

One hour south of Sydney, 95 shacks line the coast along Era Gully. There is no mobile phone reception, and the shacks are kitted out with kerosene fridges and ovens. Buckets are used as shower heads, empty beer bottles are used in retaining walls, and the nearest road — a narrow, uneven dirt one — is more than 2km away by foot.

To most people, these shacks are historical relics. Built on the land of Dharawal people, the first shack went up in 1910, and most others were established during the Great Depression. Many workers made their way down the hill from the Helensburgh Mine, searching for refuge and stability.

To 24-year-old Georgia Holloway, however, they are home. She was raised in shack 16.

“In the early 1950s, my grandfather was part of a bushwalking group and they used to bushwalk through what they called Era,” Georgia tells Crikey. “This is when it was freehold pasture land, so there were already shacks established there, and he just thought it was a really special place.

A veteran of World War II, Georgia’s grandfather returned to Era to start building. Georgia’s father later inherited his own shack from a family who were close with her grandfather, Fred. Though her family mainly stayed in the shacks on weekends and holidays, Georgia says that her most treasured childhood memories were forged at Era.

“My parents were pretty working class when I was growing up and they had declared bankruptcy before my sister and I were born. Without the shack I wouldn’t have had any holidays as a child because we couldn’t afford it. All my sentimental memories are from Era.”

The fight so far

Over the past 70 years, the shackies have repeatedly fought to stay put. In the mid-1940s the Era shacks were threatened with a potential land sale to wealthy developers, which inspired residents to form a “Protection League” with the aim of purchasing the land. (Fred was once president of the organisation.) The league successfully lobbied against the developers and, in 1953, the land was incorporated into the Royal National Park.

A new threat then came in 1967 with the establishment of the National Parks and Wildlife Service. The service made plans to demolish the shacks on the instance of the death of an owner or overdue rent. More than 21 of the 116 shacks at Era were removed, but the number could have been much higher; the shackies often didn’t inform the NPWS of an owner’s death and instead banded together to pay for and maintain the shacks of the deceased.

While this plan was initially successful, it didn’t ensure any long-term protection. In the 1980s the community successfully managed to secure heritage protection for the shacks. All demolition stopped and, in 2006, a 20-year license was accepted by cabin owners at Era, Burning Palms and Little Garie. But with the license set to expire in seven years, Georgia worries that she will soon have to take up the fight herself.

“I remember, at age nine or 10, people saying to me ‘enjoy it while you can now because we might not be able to keep [the shacks]’. And now I’m older and we don’t really know what will happen in 2026 when this current license expires. At times I feel that same fear starting to creep back in.”

Looking back, Georgia realises the small beachside community was anything but normal. She’d heard stories of the Surf Life Saving Club, which was built in 1938, being swept into the ocean by the east coast lows that regularly hammered the coast. Her toilet was the next victim, destroyed before flying away into the wind.

But with every toilet that flew away came the clean-up, and it was the communal effort that spoke to the spirit of unity at Era, forged during the years of protection. “Because you’re so isolated, there’s such a great sense of community,” Georgia says. “Everyone just pulls together and helps out.”

The shacks are still only accessible by foot, but that hasn’t stopped Georgia from regularly making the trek. “You feel really at home and free, you don’t have all the anxieties and worries of everyday life when you’re down there because your phone doesn’t work, you’re not getting emails — you are literally switched off and it’s just you, the bush and the beach.”

She’s not the only one who sees the appeal. “People ask us all the time if they can rent them but because of the license conditions NPWS don’t allow it,” Georgia explains. “Shack owners aren’t against the idea … but there are lots of little things about each individual shack that someone who’s never been there would have to learn, like how the solar system works.”

The increased popularity of the nearby Figure Eight Pools, made famous by Instagram, means that the number of visitors to Era is rising too. “We want new people to be able to take part in the community, but for the right reasons.”

Era’s shacks are now the largest, most intact group of coastal weekender cabins remaining in New South Wales and offer valuable insights into technologies and ways of living that are now becoming rare. But, aside from their broader historical importance, the shacks hold an even greater emotional significance.

“Both my grandparents’ ashes are interred into the walls of the shack that they built,” Georgia says. “It’s more than a holiday house for us and that’s what some people don’t realise.” 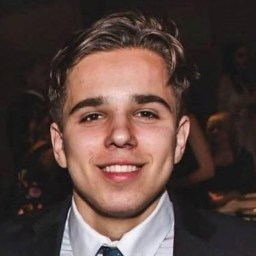 While too uncoordinated to actually play, Andrew Jackson writes all things sport. He is currently freelancing as a reporter for NSW Rugby League and interning as a junior reporter for the Penrith Panthers.

Kenbi Land Claim settlement explained: who gets what?

Nice story. I hope their future pans out well.

Nice story. I hope their future pans out well.

In 1994 most of the then SA Libs, with the support of some ALP members, passed legislation allowing the conversion of most of the Crown Lease sites in SA to be converted to freehold title. Noted exceptions were at Fisherman’s Bay at Port Broughton and those at Milang on Lake Alexandrina. My family had a shack near Wallaroo on Yorke Peninsula which we wanted to take up the offer of freeholding. Ours was not an easy task — taking nearly 10 years of bureaucracy, surveyors fees and a bit for the lawyers. Others had it much easier. We had to pay the government around $20,000 for the site. The principle could be adopted in other states, eg Tasmania and from this article, NSW as well.

Some sites were transferred on flinders island (Palana), but in a lot of Tasmania I think it was Whitlam who claimed all the foreshore as Crown Land and all of the old shacks had to go.

Many of the shack communities on WA’s west coast were destroyed in the 1990s, although some survive on the Abrolhos Islands. They were havens for fishers, run-aways, hermits, the very poor and many others, and part of my childhood. All smashed to pieces for the greater good, apparently.

The historical significance of Era, Garie, Burning Palms & even the north head of Marley during the Depression ought to be more widely recognised because there is more than a slight chance of a repeat in the foreshortened future.
The graun is currently running a filler column (not enough “real” news passes its many tortuously convoluted PC tests) on favourite beaches but “NO WAY” from not a few commenters have shown that a large number of people are very jealous of their secret places, usually wildly unaccessible and long may they remain so.