Scott Morrison, a leader utterly out of touch with history

Is our PM a slavering servant of the empire or a suburban goofball? The Libs are trying everything.

Twelve years ago, I got off the airport bus in the centre of Anchorage, Alaska and marvelled at the godawful pile of ’70s brown brick towering above me. It was emblazoned with the name Hotel Captain Cook, and I was somewhat confused.

The interior made things no clearer: kitsch décor of a Cookish theme, stained glass tropical sunsets, Endeavour-shaped metal ashtrays and the like. What the hell was going on? “Oh, he’s pretty big round here,” the barmaid told me, polishing an ornamental spyglass. “I think he pretty much discovered the joint.”

He didn’t, in either sense of the term — the Inupiat, Yupik and other indigenous groups have been there for thousands of years prior, and the Russians got there a few decades before Cook anyway. But his third voyage of 1776 — which I had no clue about — basically filled out the shape of the Pacific, completing the map of the world (a key part of ushering in modernity and imperialism on a vast scale).

Suddenly it became clear that high school history in which Cook was the “discoverer” of Australia was a piece of national narcissism. Making the encounter with eastern Australia the culminating point of Cook’s decade of exploration was a way of implying Anglo predestination. We were meant to be here. God had guided gallant James to us.

So, in a way, it’s appropriate that he should be remembered in a PR stunt that capsized right off the slipway — a recreation of an event that never happened, a PM who doesn’t know the history he’s spruiking.

Something about Cook invites kitschification, from the worst line of our national anthem — “when gallant Cook from Albion sail’d” (yes, it’s worse than “girt”, it just is) — to Cook’s cottage in Melbourne’s Fitzroy Gardens, to cold-warrior poet James McAuley’s epic Captain Quiros (a fusion of the Cook myth with earlier explorers which is so boring it should be put on the Ramsay Centre syllabus).

I suspect it’s because there’s nothing much to Cook’s encounter with Australia. The three voyages themselves, taken together, are a pretty stunning human achievement whatever unpleasantness there was along the way. The Australian stopover? Came, saw, went. Not the Odyssey, nor the Mayflower, nor the legendary voyage of Kupe to found Aotearoa. Just a stop along the way. But Cook is someone the culture warriors default to, as the First Fleet arrival becomes increasingly hard to sell as a moment of enlightenment.

That’s why Scott Morrison couldn’t get it right in the PR; somehow imagining that Cook really did circumnavigate Australia. Cook and his voyages likely mean nothing to Scott Morrison, and slavering all over them cuts across the ‘burban image his press-ganged staff are trying to work up for him. 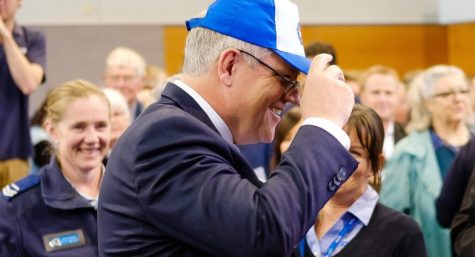 Scott Morrison, the most Aussie PM of them all

After all, that image of ‘burban life — relaxed, daggy, barbie, beer etc — presents itself as being happy by being historyless. It is Straya as eternal sunshine of the spotless mind. Good Aussie blokes don’t really get worked up about a reenactment of something some bloke in a frock coat didn’t actually do. That’s the sort of thing Tony Abbott gets wet and sloppy under the armpits about. And Abbott’s a weirdo.

There was more to come on this greatest of all days, as Morrison turned the conversation ’round to one of his favourite pieces of useless truthiness: author Tony Horwitz’s theory that Star Trek’s Captain Kirk and the Starship Enterprise were based on Cook and the Endeavour. ScoMo last trotted this out at the National Science Awards, and it’s a fascinating exercise in cultural studies — remember cultural studies? No? — to circumnavigate that little obsession.

Our British history may genuinely inspire John Howard (born 1939), and Abbott (whose head is a Rubik’s Cube of reactionary obsessions) but Morrison is Gen X. He may look like he’s the dad of people who are 10 years older than him, but he’s born in ’68. Like all of us Xers, and many either side, the myths lived by are those of American popular culture: Star Trek, Jaws, Star Wars. He came of age during the cola (not the culture) wars, and Brothers in Arms was number one on his 18th birthday. No generation was so completely wrapped in pop culture mythology.

Star Trek was a huge hit in 2/3/4 channel Australia in the ’70s, and Morrison was a TV child actor becoming an evangelical Christian (our prime minister, folks, is a David Foster Wallace character). Of course he would identify with a cult of sexless fanatics exploring space in their pyjamas. He only really livens up when he gets to the Trekkie part of the Cook-Kirk equation. No surprise there. It’s more real for him, and for many of us, than all that sailing palaver.

The Libs are trying everything. It may work for them. But you get the stronger sense that they should choose between servant of the empire and backyard goofball — all this tacking about is making us nauseous.

Cook’s voyages ended when he dropped in on a group of First Peoples, utterly misreading their mood, and was fatally gored. Yesterday ended with ScoMo dropping Warren Mundine into the seat of Gilmore and, well, here we are all at sea again. 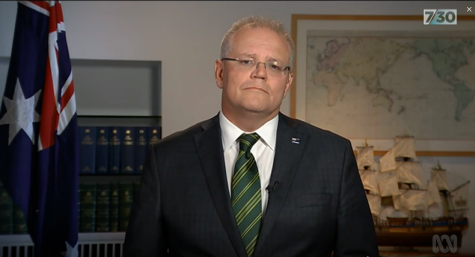 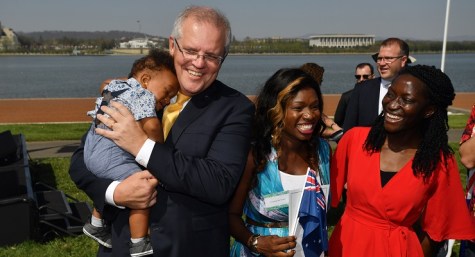 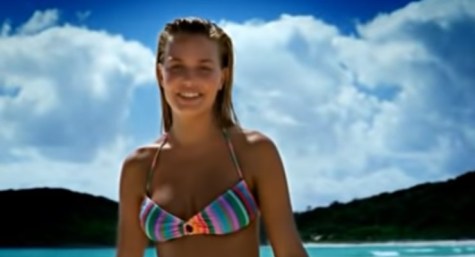 Who the hell could replace ScoMo? Here are some women who can

Your title is too long. Should read: Scott Morrison, a leader totally out of touch.

To me, it feels like the legend of Cook has become even less believable than the legend of Columbus. You know, the moron who thought the world was much smaller than was believed (correctly) at the time, who thought he’d reached islands of the coast of India, when in fact he’d hit the Caribbean, & who treated the indigenous people of that land so brutally that it even shocked people of the time period.

Yet still most States in the US take a day off to celebrate him.

Well, that’s a key part of the ‘daggy dad’ strategy for the PM and the LNP: overturn the ‘prime directive of cool’.

I think we should adopt the original 1879 lyrics. It would have the advantage that it’s awful for twice as long. It would be almost as good as the East German National Anthem from ‘Top Secret.’

The only thing worth writing about Cook’s first voyage was that it was to observe the 1769 transit of Venus in order to work out the size of the solar system (or at least, pin its size down more accurately).

Its main purpose was to go to Tahiti, not New Holland.