Broadcaster Susan Moylan-Coombs is the first high-profile independent to announce a tilt at Tony Abbott in the upcoming federal election.

Indigenous broadcaster Susan Moylan-Coombs has launched her campaign to unseat former prime minister and current special envoy for Indigenous affairs Tony Abbott from the blue-ribbon Liberal seat of Warringah. Abbott has held the seat for 25 years, and it’s been held by the Libs for all but three years since the end of the World War II.

When Kerryn Phelps stunned Liberal golden boy Dave Sharma in the Wentworth byelection last year, analysis immediately began over which seats could be the next to fall to a high-profile independent. Inevitably, with its high-profile and unpopular local candidate, Warringah quickly became a favourite. In the weeks following Phelps’ win, high-profile names were tossed around, and a slew of grassroots organisations emerged with the common goal of ousting Abbott.

Moylan-Coombs, who announced her intention to run right before Christmas, is the first independent to put herself forward.

Moylan-Coombs is a Woolwonga and Guirindji woman. Her ancestors, the Woolwonga people, barely survived an attempted extermination in 1884; the Gurindji people were pioneers in Indigenous land rights.

A member of the Stolen Generations, Moylan-Coombs was adopted by the high-profile Coombs family at the age of three. Her adoptive grandfather was HC Coombs, the first governor of the Reserve Bank and and highly influential adviser to Gough Whitlam, and the her adoptive father was former NSW Bar Association president John Coombs. She has lived in the Northern Beaches area of Sydney for the best part of 50 years.

In 1976 she was elected the first Indigenous captain of Harbord Public School and the first female Indigenous lifesaver at South Curl Curl Beach in the late 1970s.

Moylan-Coombs has a decades-long career in broadcasting, including stints as executive producer of the ABC’s Indigenous programs unit, and head of production at SBS’ NITV. She was a producer for the ABC’s broadcast of both Paul Keating’s 1992 Redfern Park address and Kevin Rudd’s Stolen Generations Apology in 2007. More recently, she served as founding director of Gaimaragal Group, an organisation dedicated to health and wellbeing of Indigenous communities.

The launch of her campaign has been defined by the noteworthy optics of a member of the Stolen Generations going up against a man who has the role of special envoy for Indigenous affairs — particularly an envoy who says things like “in 1788 [Australia] was nothing but bush”.

Moylan-Coombs has said that Australia Day is a “long-open wound that splits the nation in two every summer … As an Indigenous woman, I know we need to talk about the truth and trauma of this anniversary to understand why its ‘celebration’ feels like pressing on a bruise to First Nations people every January.”

Elsewhere, she has gone further:

As First Nations people, we don’t feel included in a day that celebrates a turning point in our belonging in this country. We don’t like to use the word genocide but that’s actually what happened … It’s just traumatic every time.

[We] shouldn’t try to rewrite history or pretend the past didn’t happen. January the 26th 1788 marks the beginning of modern Australia and is the right day to celebrate our achievements as a nation and to look forward to an even better future.

Moylan-Coombs appears to be aiming for the same sensible centrist ground that Phelps found so fertile. “Party politics has failed Warringah. The party that represents this seat has stopped listening to the people. They are in a policy death spiral,” she said, pointedly claiming she’s been criticised for being “not left enough and not right enough”.

ABC psephologist Antony Green has suggested that Moylan-Coombs “does not bring the sort of high profile required to win a seat like Warringah”. However, as noted above, her biggest asset may be the stark contrast between her and Abbott.

In Wentworth, Phelps was able to tap into community frustration at the Liberals’ inaction on climate change. Drawing from this playbook, Moylan-Coombs has argued for the need to consider the environmental and social impacts of economic policy. Abbott is notorious for his obstinate climate scepticism — he recently described a shift to renewable energy as akin to “primitive people killing goats to appease the volcano gods”.

There is evidence that, like the Liberals in Wentworth, Abbott may be falling further out of step with his constituents’ views on climate change. Community groups like Voices of Warringah, Vote Tony Out, Think Twice Warringah, People of Warringah and North Shore Environmental Stewards (which have led grassroots efforts to oust Abbott) are leaning hard on climate change as a potential rallying point.

Can Moylan-Coombs win in Warringah? Write to boss@crikey.com.au and let us know what you think. Use your full name to be considered for the comments section. 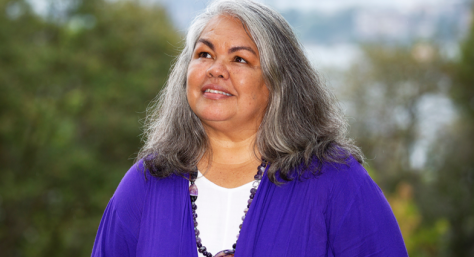 In the ‘blind spot’ with Susan Moylan-Coombs 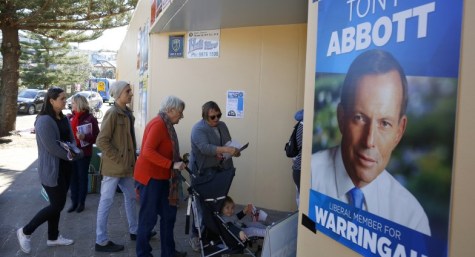 Abbott won’t give up Warringah without a fight

short answer is NO,
Judging by your bio there are far more accomplished person who could unseat him, though she is still preferable to dick tog Tony.

I’ll just be happy if she was able to significantly reduce the margin of his seat ;).

If Tone thinks ‘modern Australia’ commenced when three shiploads of convicts and soldiers arrived in 1788, then yes maybe we should keep January the 26th as Australia Day

However a better mark for the commencement of ‘Modern Australia’ (if that’s the criterion we are going to use) would be Federation Day – 1 Jan 1901, and (good news) it’s already a Public Holiday.

An excellent suggestion about Federation Day.

To select candidates for their ethnicity is surely inverse racism.

It would be marvellous to see Tony Abbott arsed out of Warringah. However, the sweet faced lady with the chubby cheeks doesn’t look as if she could take on a world class super rat like Abbott: and win.

I wish Susan well but get real. Some famous dude’s granddaughter isn’t going to cut it. We’re not quite a Muslim dynastic pseudo democracy yet. Malcolm timed his departure perfectly to maximize the protest vote and even Phelps doubts her chances in a general election.

Abbott is much loathed however and seems determined to make things worse with his every utterance lately. He can be guaranteed to use every piece of bullshit with gravy come election time so it will take a tough opponent as well as a quality one.

We’re not a “Muslim pseudo” as you put it, democracy. Not sure why “Muslim,” some of the world’s most lasting dynasties arent Muslim. Pseudo yes,there’s a case for that. As for dynastic: https://en.m.wikipedia.org/wiki/Political_families_of_Australia
Well yes, somewhat dynastic.

Ms Susan Moylan-Coombs may not have the profile of say Dr Phelps, but the delicious irony of replacing a washed-up white man masquerading as the indigenous representative of the Morrison Government won’t be overlooked by the smart dudes of Warringah.
And possibly the psephologist prophesies have ignored Abbott’s enormous capacity to really piss off folk with his ignorance of economic matters, his obstinacy and self righteous attitude to climate change and same sex marriage, and his poor judgement like knighting a Prince and many, many more actions contrary to generally accepted standards.
For many in Warringah Abbott’s perceived misogyny may be the last straw, and seal his fate in favour of electing a woman candidate. Go Susan!

Yes, but he had all those traits and that record before the last election when the coalition went backwards and he was still re-elected comfortably. Much as I’d love to see him ousted, I think the old papist will retain his seat without much effort.

You may well be right Oh Evil Brian, but the LNP world has had a significant fall in popularity since Turnbull was ejected and much the same demographic resides in Warringah as elected Dr Phelps.
At the previous election there may have been a glimmer of hope in Warringah that some “liberal” policies would be implemented under Turnbull. However, any liberal aspirations have been dashed under Scomo and maybe with them the Liberals who voted for Abbott last time?

I reckon it’s worth a small wager that Tony gets the flick!