Is this a glorious new dawn for LGBTIQ history?

"The gays are out of the closet now and we aren’t going back.”

When the Western Australian Museum accepted a piece of LGBTIQ “social history” into its collection last month, the man who donated the item braced for a ferocious blowback.

The item was a “glory hole” — a toilet door with a hole carved into it which was used by gay men for covert sex during a time when homosexuality was a crime in WA.

Predictably, WA Shadow Culture and Arts Minister Tony Krsticevic quickly labelled the acquisition “tacky” and maintained it was inappropriate for display. Krsticevic dominated media coverage alongside the man, Neil Buckley, who “rescued” the door before the toilet block in Perth’s south-east was demolished in 1997.

Though the controversy failed to quash the museum’s plans, Buckley says the backlash speaks volumes. “I think a lot of the negativity that came with some of the media around it is the same old conservative attitude that made people go to the beats,” he tells Crikey.

“The conservatives will take any chance to have a go at us because I don’t think a lot of people still accept the same-sex marriage result … It’s the old attitude of keeping the gays in the closet instead of acknowledging our lifestyle.”

Australian beat culture is a recent part of LGBTIQ history. Homosexuality was illegal in WA until 1990, and it was only last year that the WA Labor government passed a bill to expunge past convictions for homosexual acts.

“[Beat culture] wasn’t only just sex, it was a place for people to meet and exchange information,” Buckley says. “Now a lot of the beat places don’t exist anymore partly because of the dating apps like Grindr, but also because councils have replaced all the beats with those self-cleaning cubicle toilets.”

Despite the WA Museum defending its decision to display the glory hole, Krsticevic hasn’t changed his mind.

“While it is appropriate for the WA Museum to chronicle the rich and proud LGBTIQ community as a significant element in the state’s history, such an object is too tacky for display at what will be such a great new venue,” Krsticevic tells Crikey.

“It must be remembered: the practice the object represents is still illegal and often a scourge for everyday West Australians using public facilities. I’m not sure it is a suitable exhibit to be seen by schoolchildren who will flock to the new WA Museum when it is completed. There are more worthy items detailing the background of the local LGBTIQ community that could be on display.”

This makes Buckley furious. He says it is ridiculous to suggest the item would be “shoved” in children’s faces. “Every time something about the LGBTIQ community comes up, the conservatives bring up ‘what about the poor children’?” he says.

“I’m sure the museum has other artefacts from native tribes or different countries that are sexual artefacts which may also be regarded as tacky. So it doesn’t matter what you present because of this conservative attitude that anything sexual is tacky and not part of our culture.”

WA Museum CEO Alec Coles admits the door is a little “different” from the artefacts usually collected by museums. He says museums traditionally focus on either the creativity or persecution of the LGBTIQ community, rather than sexuality, but this a welcome change.

“This object is part of charting the history of the experience of being a gay man in WA in the late 20th Century,” he tells Crikey. “Yes, it is about sexual relationships, but the item was a symbol of the predicament of gay men who were persecuted and prevented from engaging in physical relationships by the laws of the time. This piece graphically demonstrates the prevalence of attitudes which have, thankfully, changed radically in the last 30 years.”

Coles feels the door was part of a shift towards how museums commemorated the LGBTIQ community. “What museums collect has changed over the years,” he says. “In the past it was often about things that were rare, or expensive, or even because someone didn’t want something. We take a more strategic approach now. The WA Museum aims to ensure that its collection, the State Collection, represents the full range of social and cultural history, experiences and expression in and of Western Australian life.”

Buckley is hoping history will look back on the door with a curious fondness.

“In 200 years’ time this will be an interesting artefact for people to look back on and say ‘well, that’s what happened back then’,” he says, laughing. “It’s fantastic and it’s really just saying ‘this is who we are as Australians’.

“The gays are out of the closet now and we aren’t going back.” 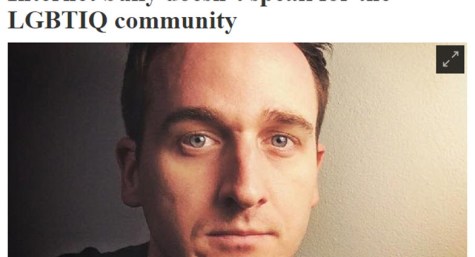 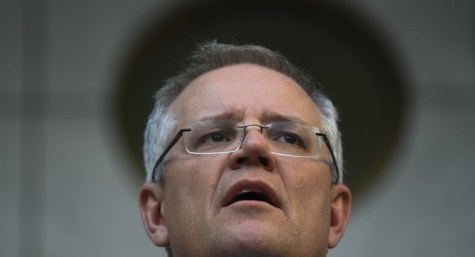 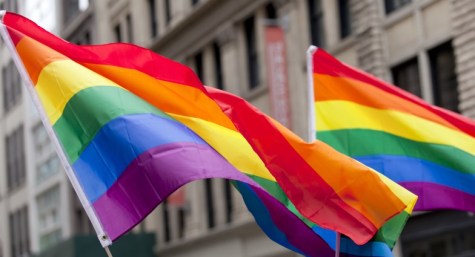 …a piece of LGBTIQ “social history” … a (public) toilet door with a hole carved into it which was used by gay men for covert sex… “The gays are out of the (water) closet now and we aren’t going back…because councils have replaced all the beats with those self-cleaning cubicle toilets.”