Once again the great and the good have gathered in Switzerland for the neoliberal frolic of Davos. But the real message of the World Economic Forum is that we have to accept the dominance of multinational corporations.

Australian taxpayers are shelling out tens (if not hundreds) of thousands of dollars to send Mathias Cormann, Simon Birmingham and Steve Ciobo and assorted support staff to the gathering. Why this farce is taken at all seriously has never been explained — The Guardian even has a liveblog about it, although admittedly The Guardian would liveblog the opening of an envelope.

Actual dissent in the media is rare, even as the gulf between the glitterati on the Swiss slopes and the occupants of planet Earth becomes ever more apparent; Judith Sloan rightly delivered a serve to the “Davos club of elites” and its “fawning cheer squad of reporters” today.

It doesn’t take much to expose the hypocrisy and cynicism of the WEF, and the lack of a reason why taxpayers are shelling out for ministers to attend, but too few journalists make the effort. Take the notorious “Global Competitiveness Report”, one of a series of facile “competitiveness index” reports from think tanks desperate for media attention. The WEF’s most recent one, from October, follows the pattern of recent years in lauding the Gulf theocracies. Saudi Arabia, the WEF claims:

… has weathered well the turmoil of the recent years… The ambitious set of reforms included in its Vision 2030, once implemented, will increase private sector dynamism and innovation capability in the country, currently among its relative weaknesses… its future workforce is set to be one of the most educated globally.

The Saudis, who sent a death squad to murder a media critic and dismember his corpse as part of a global program to silence of liquidate dissent, lifted two places to lift into the top 40 economies, courtesy of improvements in its “institutions”. The WEF attributed the boost in Saudi Arabia’s 2018 ranking to better freedom of the press (!), handling of organised crime, judicial independence, efficiency of legal framework in settling disputes, incidence of corruption and reliability of police services (unfortunately, not reliability of murdering people without being detected).

Indeed, Saudi Arabia ranks ahead of Australia on many of those indicators.

Or there’s the WEF’s recent Global Risks Report. The Financial Times’ Alphaville blog has done a great takedown of the report’s “methodology”. But better yet, the report highlights the utter hypocrisy of the WEF. The three biggest risks in terms of likelihood identified in the report are extreme weather events, failure of climate change mitigation and adaptation and natural disasters. The second biggest risk after weapons of mass destruction is failure of climate change mitigation and adaptation, followed by four other related environmental risks.

But when it comes to tax, the WEF goes beyond hypocrisy. Last year, it produced a report on taxation as part of a “Global Value Chain Policy Series”. The report was signed off by a representative of KPMG, which makes billions from its facilitation of corporate tax avoidance. The report demanded a “balanced approach” when it came to trying to tax profit-shifting multinationals.

By focusing exclusively on the potential tax avoidance or abuse that can, in theory, be facilitated in the context of [multinational]-controlled [global value chains], countries may erect tax barriers to international trade and international investment. Anti-BEPS (base erosion and profit shifting) measures can effectively turn into anti-FDI(foreign direct investment) and anti-trade measures. The authors have noted the risks of overimplementation of anti-BEPS measures, particularly in the context of developing countries…

It also warns of a “a tsunami of litigation with highly uncertain prospects. This may be a risky venture for tax administrations to embark upon.” A report warning countries not to try to stop multinationals ripping them off because it might affect trade and investment, and companies will litigate against them as much as possible, is the true message of Davos and the WEF: let an out-of-control neoliberal environment continue, or else. 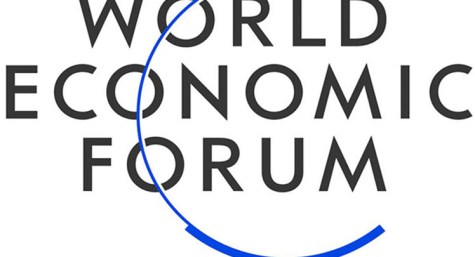 Economics is not a science, it is a gamble motivated by corporate greed.
All WEF reports are fiction and no tangible positive action will eventuate from anything they write or say. They achieve nothing but “raising awareness” in the hope of influencing governments to allow corporate greed and exploitation to go unchecked, sadly this Australian government is all to eager to sell its national assets and citizens interests for the magic beans on offer.

Cash, Clocks, and Cowardice sums up the Swiss… why should any tax funded government listen to the WEF rubbish emanating from this fools paradise.

Economics is extremely useful as a form of employment for economists.
JK Galbraith

It also makes astrology seem the epitome of sanity.

The LNP farts attending are just there to put out their CV’s. They’ll likely be out of a job soon, though ‘socialisticly’ living high off the hog for the rest of their taxpayer funded lives.

Old news, Bernard. Many of us were aware of the true nature of the WEF decades ago and vigorously protested against its pernicious influence on public policy, for instance at the massive blockade of the WEF meeting at, appropriately, Melbourne casino, in 2000 – S11.

I wonder what you were doing then, what you thought of the WEF and the counter-protests?

People like yourself who, until recently, denied even the existence of neoliberalism, would serve us better by turning inward and examining why you believed in neoliberalism for so long and the processes by which your beliefs changed. That would provide clues to changing attitudes that would be of far more value than stating the bleeding obvious to those who already agree.

Keith1
Reply to  Bob the builder

Having read Judith Sloane’s article before reading this I think the news here is the complete alignment between them.

That’s a worry, agreeing with Judith Sloan.
I like reading The Guardian’s liveblogs.

But being Swiss and accomplices — or should I say the financial partners of Criminals, dictators, tax evaders- they had to have their own nomenclature. So they adopted WEF, trying to get some respectability from WWF .

Why bother having a Royal Commission on Banking when the Swiss Banking system is entirely criminally based and the gnomes of Zurich evolved their expertise on untraceable money. So why criticise the Davos – and Bernard’s analysis merely shows that the Swiss are merely doing their job well.

scummo and frydenbrain are about to let the economic fear monster out of its cage just in time for the election, the plan is “FRIGHTEN THE BEJABBAS” out of the serfs, tell them shorten will destroy the economy by daring to give the slaves a living wage, only by starving the poor fools can we save them is the neo con message, the world economic forum, a bunch of trickle down reward the rich bunch of neo cons is their messiah, but will the working poor fools fall for scummo`s trap this time around, I think not, not even a full scale news corpse propaganda assault and the 2GB morons slobbering into their mics can save scummo and his mob this time.