Piracy of live sports the next big challenge for TV networks

As video-on-demand streaming services have become more available and ubiquitous in Australia, film and television piracy has steadily decreased. But now, live sports — which television networks often pay extraordinary amounts for — are being pirated in increasingly sophisticated operations.

In the Middle East, a reportedly Saudi Arabian satellite company BeoutQ has been pirating sporting streams from codes around the world, using rights held by Qatar-based beIN. FIFA has previously launched legal action against the group pirating soccer matches, and beIN has this week launched a website it says demonstrates “one of the greatest threats to the future of the sports and entertainment industry”. BeIN says the stolen content is worth billions of dollars, initially only available inside Saudi Arabia but becoming increasingly professional since its launch in 2017.

Western Sydney University Emeritus Professor of cultural research David Rowe said online piracy of sport was becoming a serious issue across the world. “There’s a lot of theft of intellectual property in all kinds of areas — hacking and interfering in elections and stealing technology — and this state-sponsored pirating is a classic case,” he said.

Rowe said the Saudi example of sophisticated piracy could create a precedent for rogue states with sporting rights into the future, but a bigger threat to the value of sports rights was “good old-fashioned criminality”.

“It’s a move from kids hacking to an actual piracy industry which exists in all media,” Rowe said.

“One of the reasons there hasn’t been a lot of noise so far is the sporting codes didn’t want to advertise the problem, or make it seem significant to the people paying for the sports rights,” he said.

Over the past few years, platforms have been signing bloated sports broadcast rights deals, as sports and a struggling TV industry have become co-dependent, Rowe says. “Sport administrators have been on an incredible ride in sports rights,” he said. “They’ve been incredibly lucky because sport has been able to capitalise on the crisis in the TV industry … Free-to-air television has needed a reason for being, and it’s needed competitive reality television and sport, and people have needed a reason to pay for subscriptions to Foxtel.”

“At the moment, people are pirating things they don’t otherwise have access to,” he said. “But now we’re moving across to paid streaming options for more sports, it becomes an issue once the rights holders start losing money from it … It’s not a major problem yet, but we need to not do what we did with film, where piracy got to a point where we couldn’t rein it back.”

Rowe said that while making content cheaper and more accessible might help stop some piracy, a more complex plan was needed to help rights holders keep the value of their sports streams. The companies could use personal prosecutions — or the threat of prosecution, as with the man who put the Anthony Mundine and Danny Green fight online using Facebook Live — to discourage individuals from using the intellectual property.

They would also need technological barriers to piracy, he said. “There’s always a dance between rights holders and those who infringe those rights with the technology,” Rowe said. “The rights holders always seem to be one step behind those who are breaking them, but they can do things like have certain website blocked. You need all these things in play at one time.”

Sports rights haven’t really been worth what Australian networks have paid for them in recent years — NRL and cricket had only been marginally profitable for Nine when it still held the rights to both, while tennis and AFL had done a little better for Seven.

Rowe said that even if online piracy of sport increased in Australia, sports rights wouldn’t lose all value. “If you can’t protect your intellectual property, the value of that property is degraded,” he said. “That doesn’t mean it would collapse necessarily. It would only collapse if it became too easy to pirate and there were no other options available. It’s more likely to slow the rise of rights value.” 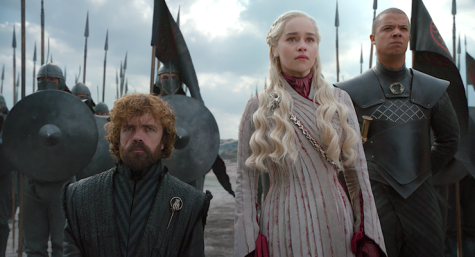 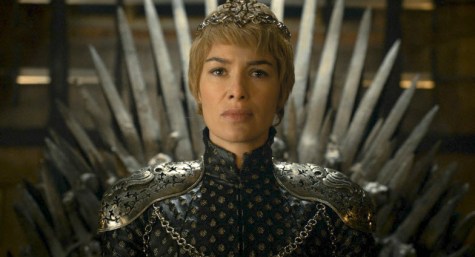 Without the context of the Saudi/UAE embargo of Qatar, this piece makes no sense. The UAE is hosting the Asian Cup yet is blocking and pirating its host broadcaster, Qatar’s Bein Sports.

This bizarre situation is happening for entirely political reasons, not the commercial ones you assume to be relevant. Trying to establish its relevance to Australian ‘codes’ is a further waste of time.

QATAR bribed a group of officials to make sure it would be selected to host the World Cup and now it is crying because its local streaming service is being pirated.
Karma

The Saudi TV effort is just another part of their ongoing jihad against Qatar, and is unlikely to spread to many other countries. However, one thing you didn’t really discuss is what happens when the greed of the rights holders becomes too much for the market and public to bear. Case in point – for the first time in living memory no Australian broadcaster has the rights to this years FA Cup soccer. It’s been on ESPN for the last few years, but the English FA obviously saw the insane amounts of money being paid for the English Premier League by Optus, and decided they could jack up the fee for their product too. Trouble is, no-one is willing to pay the increased fee, and the FA are too stubborn to back down, so the only way to watch it was via a pirate streaming site, which I did.

I’ve long since been aware of just how good those sites have become, but I normally only use them when a local FTA or PayTV network isn’t showing what I want to watch, but now there will be a whole bunch of other people who went looking for the FA Cup and realised the breadth and quality of what’s out there in Pirate Streamland, and who might decide to not bother paying for sports again.

Broadcasting needs to leverage its big advantage, which is that one transmitter can reach millions (or if satellite, billions) for the same cost, whereas to stream content, the cost goes up linearly (perhaps declining a bit) with number of streams, and the likelyhood of stream traffic overloading internet infrastructure goes up with the popularity of an event, whereas one-way broadcasting does not suffer from this.

The really sticky bit for FIFA might arrive when AI gets sophisticated and fast enough to recognise, block out or replace sponsors logos on the video images of the advertising hoardings around the playing fields or on players’ clothing (or cars etc in motor racing). Who would pay to advertise when their logo might be digitally erased in a streamed (or broadcast) video feed?

Oh the ignominy of the accidental PM being lectured to by the successful coup leader PM on a subject such as this. Yes, let’s not forget how Frank got his job – at gun point. And how Scott got his – by accident. Both such scions of democratic process.