Shaving ad bristles with the reality of men’s lives

Gillette's campaign meshes with the current view of fighting misogyny: that men should turn their friendships into self-surveilling machines. For decades, shaving companies have been advertising their product with virtually identical ads: a lean, hard-bodied Caucasian male puts a razor to his rock-like dimpled jaw, and the ad then zooms in on an animation of the “nine-blade” system, which is unmistakably constructed as if it were a fighter jet. When he’s done shaving, a blonde woman in a negligee comes into the bathroom and rubs his smooth skin. Not only “the best a man could get”, but a boondoggle for ad agencies.

But that’s what they call second order advertising: based not on selling the utility of the product, but on metaphorical linkages to desire and ego. For decades, shaving ads offered men a version of a three-minute fantasy in front of the shaving mirror: hey you, you’re a fighter pilot.

It’s now decades since “second order” advertising worked to create surges in sales. Our ads have become saturated with fantasy. So “third order” advertising was born: making the product a moral object joined to campaigns, creating controversy that carries the brand image along, and accumulating endorsements which provide millions of dollars worth of free exposure.

Gillette’s new “best a man can be” ads sure did that: mawkish morality tales in place of the usual stormtrooper fantasies, simultaneously setting up an essentialist idea of natural maleness — “boys will be boys” — and then identifying cultural maleness with the restraint of one’s deeper urges.

The line was thus as confused as a first year gender studies essay, but the howls of rage from a social media cloud of put-upon men, and a few dozen columns by opinionistas in response, gave Gillette everything it wanted. What corporations want is for the brand to be so present in your head that you reach for it without thinking. Mission accomplished… which I seem to recall was a slogan from an earlier shaving campaign.

The threats of boycott came about, one suspects from the degree of the shift: from shaving ads being fantasies of male completeness and worthiness, a flattering of the unencumbered ego; to an appeal to live through the superego, and be forever vigilant of your own desires. The campaign dovetails with the dominant idea for fighting misogyny and sexual violence currently abroad: that men should turn their friendships and networks into self-surveilling ideology groups in which sexist attitudes are identified and challenged, line-by-line.

As an approach to social change, it could only have come about in a political order in which total surveillance — state, corporate, and networked (i.e. social media) — has been so normalised that our idea of selfhood and citizenship is to be willing to be surveilled, shaped, nudged, re-formed, for the needs of the state, the market, and the implicit values of various elites.

Though those values — radical equality and equivalence across gender, ethnicity, sexuality lines — are secular, the form has more in common with bourgeois religiosity of the 19th century, the world of improving sermons, repression and denial. Those moral regimes couldn’t last, and this one won’t either.

Thus, of course Louis CK is back doing stand-up. Of course we’re not going to deny ourselves sick, outrageous humour. Of course we’re not going to turn pub conversations into Maoist cultural revolution style struggle sessions every time someone tells a sexist joke. The implicit argument for this — that sexist attitudes have a direct relation to sexual violence — is tendentious and contested, but that’s not the point. The point is that the regime of unending self-surveillance proposed is unlivable. So it can’t be long sustained, or be done at all.

Give it time and “toxic masculinity” — an essentialist and anti-progressive concept if ever there was one — will be a US cable show in which three male comedians and Sarah Silverman sit on stools before a live audience and say the worst things they can about women, men, Jewish dating sites, Asian drivers, etc etc. And yes, you would totally watch that.

But most importantly, if you let advertising do your politics for you, what do you say when its priorities change? After all, advertising’s most successful product was the ’50s — suburbanisation and the return of women to the home after World War II had upended social life.

If a “new masculinism” or a “new femininity” — reemphasising traditional ideas of sex/gender — comes round the corner, advertisers will spruik that too. If you seek political edge from corporate capitalism, don’t be surprised if its unique blade system cuts you on the way back through. 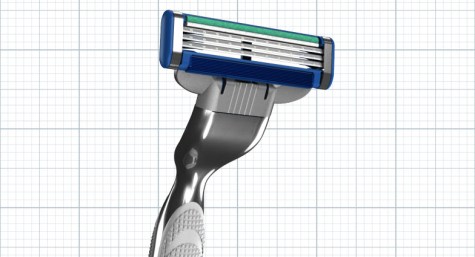 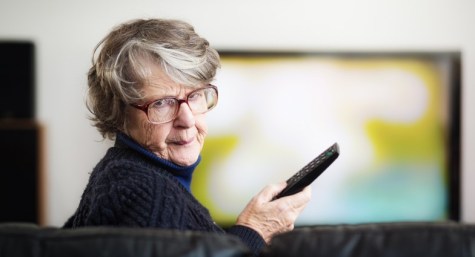 The most complained-about TV ads of 2018 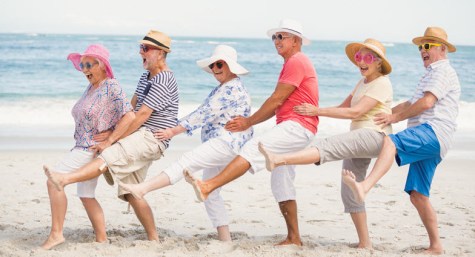 too harsh ? broken beer bottle with bottle’s contents as after-shave ???

Or don’t shave – beards have been around at least as long as faces.

“If you seek political edge from corporate capitalism, don’t be surprised if its unique blade system cuts you on the way back through”. Guy is on fire so far in 2019.

I agree Jake. He is in good nick early isn’t he

When has “our idea of selfhood and citizenship” *not* been susceptible to nudging and shaping by those around us? We all live under a regime of unending self-surveillance, every day. Conformity to social norms is one of the most fundamental aspects of human nature. And of all the messages promulgated by corporate capitalism on that basis, I think “pull your mates up when they say misogynist shit” is hardly the one to get on a soapbox about.

Agree – it used to be known as twitching curtains or village of squinting windows.

Great work Guy. Lots of folk have been getting all in a lather about these ads (yeah I know – couldn’t help myself) which brought it to my attention. I rarely watch commercial tv and always mute ads. I don’t do Twitter or FB either. Ignorance is bliss but it’s nice to be updated on important events.

This one is equal to your work on the silliness and magical thinking of gender fluidity last year.

Any predictions on what will replace toxic masculinity in the Women’s, sorry, Gender Studies departments ? I can’t wait.

I had a look at the ad. I have had 3 shaves, 2 of them for charity in the last 44 years, so I am not a good customer. But my father’s example to me was one of kindness, absolute honesty, and decency. Yeah he was no feminist, but he respected strong women. The idea of him striking a woman or verbally abusing on is unbelievable. He was a tough hard working man who never drank much, but never gave up. He was a fantastic rifle shot who never shot anything for the sake of it. IF it came to defence of his family or friends I have no doubt he