A swathe of Australian media is suddenly reporting the perceived appearance of people involved in car crashes. Well, maybe not all people in all crashes.

A few years ago, my 15-year-old niece lost her life in an avoidable crash. The 25-year-old driver was jailed; the court found he was culpable for losing control and rolling his ute, crushing Brielle.

The media covered Brielle’s death at the time and followed Adam Moore’s subsequent trial and sentencing –  a four-year prison term with a two-year non-parole period. The court found both speed and alcohol were factors in the crash. Moore’s racial heritage was not considered by our family, nor noted by the court, nor outlined in any of the media coverage.

I’ve reported on far too many fatal car accidents, a number of them horrific, often in tragic circumstances. In all that time I’ve never thought to discuss the skin colour of those in the car, nor have I been asked to do so. Perhaps I can chalk this up as another journalistic failure. But it’s not something I can recall ever encountering, until this week when The Australian’s Twitter account on Monday informed us that: Today reporter Christine Ahern tweeted that there had been a:

The Herald Sun also saw fit to note the appearance of six of the seven people involved in the collision:

To be clear, a swathe of Australian media is suddenly reporting the perceived appearance of people involved in car crashes. Well, maybe not all people in all crashes. Not because they have fled the scene and police are seeking to apprehend them, but because, well…

Nearly every major media outlet decided it would report the two-car Springvale collision that resulted in serious injuries but no fatalities. When did you last see this? Why might it be the case on this particular occasion?

Following the reports, out of curiosity, I googled “youths of African appearance”. It returned about 7890 results.

I then googled “youths of Caucasian appearance”. It returned 53 results.

Certain appearances of certain youths are considered worthy of noting. Others, not so much. 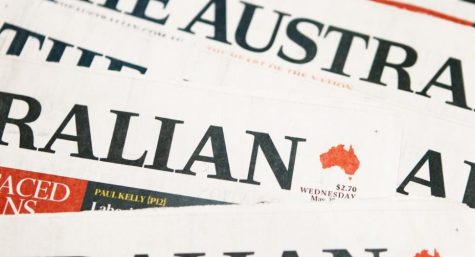 These double standards around racialised reporting are nothing new in the media. I rarely see it justified; it just happens. So it piqued my interest to see an attempted justification by Bernard Lane, The Australian newspaper’s “roving editor, leader writer and data journalist”.

The name may be familiar to anyone who saw his report last year that suggested an over-representation of offenders with “Horn of Africa” heritage in certain crime hotspots around Melbourne based on residential population data, as though people only carry out crime within the boundaries of their own LGA.

When the fundamental flaws of this exercise were pointed out, Lane went on the defensive and penned a piece bemoaning the “wave of opprobrium” he had suffered.

Lane then responded on Monday to a Twitter post by researcher and communications consultant Ketan Joshi, which used The Australian’s tweet as another example of “Australia’s predominantly white media industry” unnecessarily tagging racial characteristics. Lane challenged Joshi to show that African background was irrelevant to the reporting in this instance:

What if there is a link between criminal/risky conduct, home country conflict trauma and difficulties in refugee resettlement? Why don’t you trust readers to make their own assessment of the possibilities? Faced with the response he requested, Lane decided he had fallen victim to another Twitter pile-on. Which, after suggesting such, subsequently turned out to be the case.

Extrapolating from Lane’s position, the media’s fixation with any perceived African-heritage link with criminal behaviour is not only justified — it should now in fact be extended far beyond crime to any “risky conduct”. The fact that some youth may have experienced “home country conflict trauma”, in this line of thinking, makes the reporting of their perceived race fair game. In fact, leaving it out (albeit in keeping with ethical reporting guidelines) is now nothing less than a form of censorship.

Although Adam Moore was found responsible for my niece’s death, he was not born in a country riven by bloody conflict, so his race would be considered irrelevant.

Likewise, the racial characteristics of the 18 men piled into a five-seater ute being driven by a drunk driver in Montmorency last month are irrelevant.

The appearance of six young people involved in a collision in Springvale, however  —  although somehow not that of the other driver  —  is suddenly a matter of utmost importance.

“Home country conflict trauma” is certainly a point to consider when trying to understand the settlement experience in Australia. Yet there is a clear abrogation of responsibility taking place here; a failure to accept the part played by ongoing and recurring conflicts experienced while growing up within Australian society, particularly the media’s role in re-traumatising communities.

I don’t believe the majority of journalists are consciously setting out to demonise the African-Australian community. Yet I’m also not convinced that adequate care is being taken to consider the consequences of this type of reporting; the relentlessness, the selectivity and the clear double-standards.

Assessed as a standalone, such reports are ethically problematic. Taken as a whole, they are part of the systemic abuse of a section of a population; abuse that we know, anecdotally and empirically, is deeply damaging. It normalises and justifies discriminatory practices, particularly once the idea of being “African” and the notion of “risk” collapse into one. Coupled with a paucity of positive representations, a one-sided, negative portrayal of the African-Australian community becomes a self-perpetuating “feedblack” loop.

Once the “African appearance” detail emerged in relation to Monday’s crash, there were widespread suggestions (entirely untrue) that the car must therefore have also been stolen. Guilt is preassigned and a ready array of assumptions are triggered. The imagined or perceived “risk” of such a crash is suddenly associated with the driver being “of African appearance”, rather than, say, the statistically-backed fact that young drivers are far more likely to be involved in fatal or serious injury crashes than more experienced drivers.

Following the reports and subsequent discussions, I took a quick Twitter survey asking people with lived experiences of racism whether they were more concerned by proud racists who unapologetically own it, or gaslighters who couch their prejudice in supposed concerns for their communities.

While both categories were deemed upsetting, gaslighters were by far and away more frequently nominated, specifically singled out as more taxing and stressful.

This story was originally published on Medium. It is reproduced here with permission from the author. 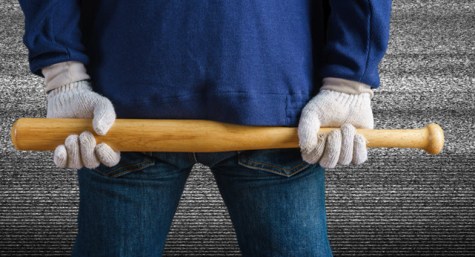 Australian media has a ‘vigilante’ problem

Was there any suggestion that the “Africans” were at fault? If I were giving vent to my experience I would be wary of cars driven by persons with sub continental or east Asian appearance. But every new group takes a while to get the hang of it. I am more concerned in general about the white Caucasian dickheads who routinely speed and abuse people in their self entitled folly. The worst accident I have heard of where I live killed 4 teenagers who went out too fast and hit a pole. A modern car might have seen them live. All white and young. I should add that when we have people coming from traumatic backgrounds we seem to offer little in the way of support, except for volunteers. Just as we complain about poor English while cutting migrant education.

The two women who have crashed into the back of my car at stop signs on two separate occasions were both white. I haven’t drawn, and don’t imply, that the colour of their skin or their gender had anything to do with their inattention. Apparently The Australian and others think I should.

Of course the colour of your skin makes all the difference to how well you can drive a car. Everyone knows that! (This is sarcasm…read it slowly, because it is utter idiocy).
A massive over-generalisation. Just shows how bright the journalists at Ltd News actually are…and how good they are at irrelevant and bigoted comment.

I personally am against all emotive value statements, colour, race, religion, pregnant young woman, mother, grandmother,the list goes on! as you say irrelevant and predjudicial, BS!

Thank you for a fair, clear article. When I first saw the reporting of the accident I wanted to scream in frustration, and shake someone for an explanation.
Unfortunately, that kind of prejudicial “journalism” is so common now, many don’t notice the insidious effects it has on our society.
I live a few kilometres from the crash site, and where I am, there is a substantial community from Northern Africa. I have never witnessed or been subject to any wrongdoing on their individual part, but have instead seen much discrimination against them.
It was a pleasure to read this article.

The colour of the cars was considered important to The Australian too…………. would the reporter have reported this if the cars were blue, red or silver?

I don’t think that we needed another 1,000+ words confirming a truth universally acknowledged, that NewsCorpse is where truth cannot survive.