Why we should expect less from Marie Kondo

No, the cult tidying expert's method won't save you but it is a salve for a hopelessly chaotic mind.

Marie Kondo, celebrity de-cluttering expert, changed my life. Although, since her TV sensation Tidying Up with Marie Kondo appeared on January 1, such a declaration is unacceptable. Per media opinion, Marie Kondo and her virtuosic storage methods will not change your life.

In the minutes before we dashed all hope of Personal Growth™ for another year, Netflix released this new resolution. From the first day of the year, critics have continued to worry in public that a reality TV show about better housekeeping is not destined to meaningfully reform people. This presupposes that popular media of any sort has the capacity to meaningfully reform people, which it does not. No, Marie Kondo did not entirely change my life. She was, however, present with her handy hints at the time of transformation.

I received Kondo’s book, The Life-Changing Magic of Tidying Up, as a gift two years ago, I did not expect it to re-order my internal life; much less a lifetime’s accumulation of mess, filth and pointless household rot. It happened to do a little of both. Re-ordering my cupboards, most of which had served no other function but to mask evidence of behavioural fiasco, was a healthy mental exercise.

Perhaps this is because I am the type of disorderly slob to approach life with low expectations. Or perhaps others’ expectations were simply too high; perhaps Kondo’s Shinto faith predisposed some Western critics to believe that messy persons could be redeemed by the Mystic East.

As things turned out, the KonMari Method (the name applied by Kondo to her techniques) fuelled more Personal Growth™ than I dared dream. This is due, in part, to my incapacity to dream about ideal circumstances. It was also due to a coincidence that produced a written document of my KonMari Method attempts: a “Therapy Journal”, insights from which I shall reproduce for the benefit of other human jumble sales. The psychologically functional reader will likely find no useful example from me, or from Ms Kondo.

Around the time the Kondo book appeared in my (now categorised) shelves, I’d been a bit bonkers. My GP filled out one of those Better Access forms that unlock state subsidy for 10 psychology sessions. I wasn’t keen on this mind-cleaning method; eye movement desensitisation and reprocessing therapy (EMDR) first struck me as hippy nonsense. Quite soon, however, it began to ease the worst of my post-traumatic stress disorder (PTSD) symptoms. I gave in to the pen waving in front of my face and the advice of the guy waving it to keep a “Therapy Journal”.

I am no more comfortable disclosing the fact of having a “Therapy Journal” than I am scribbling in the stupid thing. The prescription is to draw pictures of my “feelings” and write “intuitively” (i.e. with little recourse to English grammar). To cut a long and hideous Therapy Journal story short, among my most persistent symptoms are forgetfulness, impulsivity and inattention to detail. Items like “checked bus timetable before leaving house!” are decorated as milestones in this, the record of a toddler attempting mindfulness.

The journal, the eye-movement in the psychologist’s office, the conversations I am persuaded to have with my infant self are all, out of the psychotherapeutic context, a bit of a laugh. Inside it, however, they have been pretty handy conceits. One is moved from the disorder of being human by the idea of order itself.

Walter Benjamin is likely seeking the “mild boredom of order” described in his 1931 essay, “Unpacking My Library“. Faced with the rise of Nazism and the recent failure of his marriage, the German philosopher sought peace in the chaos of memories contained in the crates of his books. The passion of the collector, he says from within the pile of 2000 books, borders on madness; the brief essay borders on greatness.

Benjamin is far more sure of his style than the producers of Tidying Up, a tatty and routine reality “journey” with quite unlikeable Americans. Still, Kondo and Benjamin both agree “I love mess”.

The KonMari Method requires us to upturn all the objects, or memories, of a particular household category onto the floor. It was then, when I saw the chaos, that the mild boredom of order presented itself as a possibility. To sort through things and measure the “joy spark” they contain appeared to me as proof of my capacity to move beyond disorder.

There may be no true spark, or joy, in objects. There is hope for the hopelessly chaotic mind, however, that objects can be interpreters of the past.

Have you tried the KonMari method? Let us know what you think of the hype and backlash by emailing boss@crikey.com.au. 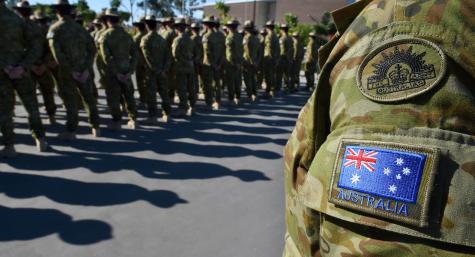 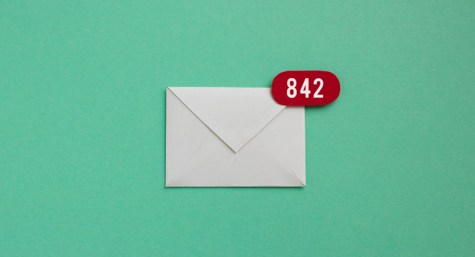 Media Adviser: burnout doesn’t need to be part of a journo’s job

Helen wrote: To cut a long and hideous Therapy Journal story short, among my most persistent symptoms are forgetfulness, impulsivity and inattention to detail.

What you call a PTSD symptom, Helen, other cultures consider normative — as does most of my family.

I’m the Caprine of Colour because I had Project Management training. The rest of my mob are a tsunami of love, chaos and broken furniture. All they’re good at is drinking, fighting and playing music — and half of them are tone-deaf.

You know that our species didn’t come with a blueprint for perfection, right? It’s absolutely Fine and Expected for individuals to deviate far from the norm — to the extent that the norm will often compensate, complement and otherwise benefit from them.

From our species’ perspective, it’s totally cool that you are you, so long as there aren’t 30,000 of you all living in (say) Carlton.

From your perspective, it’s totally cool that you are you, so long as your impulsivity doesn’t extend to running with scissors.

I totally get how concentrating on small stuff is good for calm. I spent my teen years lying at the bottom of my stepfather’s Nylex swimming pool, holding my breath to see what would happen.

I’m not sure I’m calmer for it, but I’m pleased to report that chlorine-mutated water beetles now hold no fear for me.

Thanks, Ruv. But, you should know by now, surely, that I love myself sick! The chaotic mind thing, however, is a nuisance and while, in utopia, my inability to remember the date, the concept of time or the existence of the taxation office might be a charming quirk, it is not in this realm! I’m all for self-acceptance. Still, I’m bang into paying the bills.
(Seriously, though, and for the sake of making a responsible case in a public place: this “where did I put my keys” head-rummaging thing can be one consequence of significant trauma.)
Great to see you back this year!

Helen wrote: while, in utopia, my inability to remember the date, the concept of time or the existence of the taxation office might be a charming quirk, it is not in this realm!

And yet you’re not sunning in a hammock growing mangoes, but managing the brassbound deadlines of a free-lancer.

Could it be that filing tax returns is less interesting and hence less urgent while ever someone is Wrong on the Internet? (If so, not a court in the land should convict you!)

Meanwhile, a trick that worked with my Dear Late Wife was to tie everything important to food. That could seem Pavalovianly Patronising, but as the daughter of a Chinese restaurateur, she embraced it. ‘Winners get Dinners’ could have been her summation of what a morally-ordered, Darwinian universe ought to look like.

Consequently, there was no point in DLW filing her tax return or else — but every point in scheduling an Exciting Tax Dinner, then rushing to complete her tax return so she could attend it.

(Not sure it’d work with car-keys — but since that’s often how you get to restaurants, it might!)

As always, I wish you well.

I concede Western women tend to the family archive more often—baby teeth, swimming certificates, single pieces of Auntie Marge’s tableware kept and laid down at Christmas to honour the dead. But accumulation? Unsure. Is it a male-female divide or something else?

Either way, my parents changed this division of labour. Dad loves a rat’s nest and will swear until rat babies are born inside it that a museum will be very glad for his bequest. Mother just chucks it all. The hypothesis in my family was that Dad hoarded due to the extreme poverty of his rural childhood.

I haven’t looked at any journals to see if the hoarding tendency is more common among those who have experienced a rapid ascent in material wealth, but it makes sense to me. What say you, Dog’s?

I didn’t chuck a whole lot, btw. Hoarding isn’t my thing, but I do have a great capacity to make a mess from almost nothing. Kondo’s idea of ordering by category rather than room worked well for me, and while her “joy spark” thing is not a great way to assess all stuff—the fire extinguisher, the potato masher and the five years of tax records are not joyful—it does work for a load of clutter, especially keepsakes. So “joy spark”-wise , I can’t agree entirely that stuff is without meaning. The jumper my Nan used to wear is a physical reminder of a physical person that no memory can truly evoke. I ‘m no animist, as I believe Kondo is, but I am up for believing in things, including the power of tidying up and odd sessions wit my shrink, if it works.

PS Are you a cleaner as well as a tidier. If so, how good is Borax?

Marie Kondo taught me how to fold clothes so I can see them when I open my drawers without taking them all out. And also how to arrange things in the kitchen (small boxes! who knew!) so I use the space better (and again, don’t have to rummage around for what I want). If everyone else learnt these things ages ago and so deigns to look down their nose at Marie Kondo, well, good luck to them. But for me, who’s always been at a bit of a loss about these things, she gave me good and utterly practical advice I’m going to probably use for the rest of my life. Which is more than can be gleaned from most self-help books!

Marie Kondo stories are cluttering up my news feed.

Every now and again my wife stares at me intently and asks what more clutter she can remove from her life.