The housing market is long overdue for some creative destruction. The question is when it will occur.

We probably shouldn’t be surprised.

After playing their part in expanding arguably the world’s largest housing bubble, our politicians are now doing their very best to prevent house prices returning to a marginally less bubble-like state. Treasurer and former investment banker Josh Frydenberg recently went full Soviet, calling for “banks [to] continue to provide affordable and timely access to credit”, noting that “keeping open their loan books to borrowers will help maintain the strength of the Australian economy”.

Not only have both Liberal and Labor governments effectively allowed our big four banks to be “too big to fail” since 2009 through implicit and explicit deposit guarantees, Frydenberg is now telling the banks how they should ration credit. This should presumably be the job of the banks’ very well paid executive teams.

Frydenberg’s intervention came after bank executives and their asleep-at-the-wheel boards finally realised that debt funding a property bubble may not be great for business in the long term. This realisation (with a little help from the Hayne royal commission) has finally curtailed the banks’ lending binges — especially those insidious interest-free loans.

Frydenberg’s ham-fisted intervention came after he appeared to notice that house prices fell by 8.9% in Sydney and 7% in Melbourne in 2018. A small drop in prices isn’t a big deal at the best of times, but it’s arguably a good thing when capital city prices have increased by more than 40% in the past five years. As this column has pointed out for a decade, the house price bubble had virtually nothing to do with supply and everything to do with demand — that demand was almost entirely spurred by bank lending.

Trying to show just how overpriced Australian housing is can be tricky because, unlike the share market, trying to find consistent property data is incredibly difficult. Perhaps the best way to show the extent of the bubble is to compare property prices to household disposable income. If property prices are growing at a faster rate than income over a long period, that can only happen through leverage.

Or put it another way: had house prices risen at the same level of income in the last 20 years, the median price across Australia would still be under $200,000. Anything above that level means that housing is overpriced (and arguably, housing was overpriced even back in 1993). So don’t worry about a 5% drop, Josh. If property grew at the same level as disposable income since 1993, house prices would need to fall by around 65%. Yes, 65%. That means a house bought in Cranbourne for $1.5 million is really worth closer to $500,000.

If that suggestion seems outrageous, perhaps look at national rental yields. The median rental in Australia is $440 per week, or $22,880 annually. When you factor in costs like insurance, property management and depreciation, the net rental yield (generously) drops to probably $15,000 a year. This is a yield of 2.6% based on the median property price across the country. A barely acceptable rental yield, given rents aren’t increasing much, would be 5% (although arguably investors should be demanding higher yields given the risk). So that would require a similar drop of at least 50%.

Politicians, the hugely culpable RBA — who, like Alan Greenspan in the US, pump-primed the bubble with a record-low interest rate regime — the mainstream media and special interest groups will do everything they can to keep the bubble inflated. This could include continued interest rate drops, significant tax advantages for property owners and even idiotic direct intervention — like Frydenberg’s direction to banks or foolhardy policies like the first home buyer’s grant.

But all this will do is delay the inevitable and make the pain worse. There needs to be a whole lot of creative destruction in housing. The question isn’t if, but when.

Adam Schwab is a company director and angel investor, and the author of Pigs at the Trough: Lessons from Australia’s Decade of Corporate Greed. 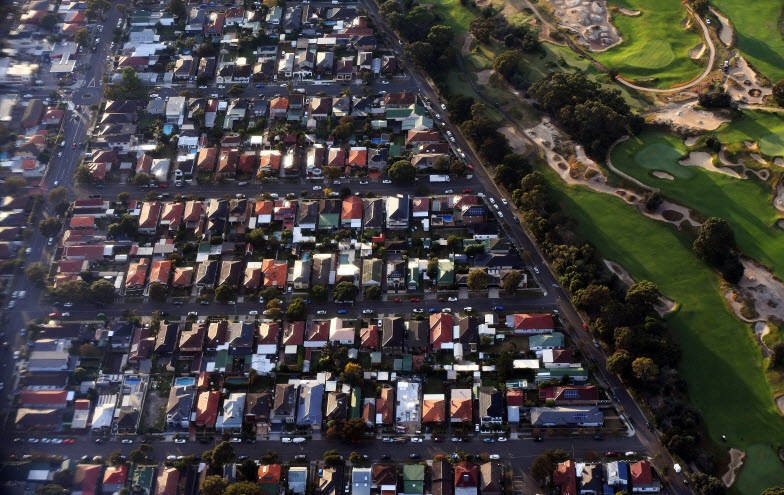 No wonder the real estate agents went against Labor

Is the housing bubble about to burst? And should we freak out about it?

I think “insidious interest-free loans” should read interest-only loans – they are still insidious.

Beat me to it (see below)

Good to see someone pointing the finger at the RBA for getting us into and maintaining this mess. Interest rates at emergency levels some 10 years after the GFC? Culpable indeed.

That should be “interest-only loans”, perhaps?

Having failed to protect the banks from the consequences of their misfeasance this disfunctional rabble is attempting to do the same for the ratbag, tax driven ’wealth creating’ elements of the financial sector

By trying to perpetuate the use of existing housing as a tax lurk favouring speculators and house flippers they are harming ‘investors’, home buyers and the economy in general.

Labor’s policy of refocusing new negative gearing on new housing is the only way to take the air out of the housing bubble without damaging the economy.

The speculators and house flippers will
have time to adjust and on any case have had it too good for for too long.

I reckon the capital gain tax concession is the main driver of investment in rental housing. As the writer has pointed out, the return on investment from renting is about as low as term deposits at the bank, so the promise of capital gain must be the driver and its healthy tax concession.

Absolutely correct; that’s why we should be calling it for what it is: not ‘investment’ but ‘speculation’.

It’s the illusory tax benefit that the Libs want to perpetuate that is the main driver. Idiots.

The capacity of young people to work hard to pay off the banker would be better directed at establishing their own small businesses. The business of owning and managing large capital items like houses should be left to large, conservative companies.

This Frankenstein mob, in a previous incarnation of “Australia’s Best (If Myopic) Economic Managers” (an award bestowed for wholesale PR political imperatives rather than prudent fiscal), created this unsustainable “middle-class-welfare-for-votes” monster, it’s up to them to put it out of ours and our kid’s misery.

Having just read Guy Rundle’s article in today’s Crikey, and now this excellent piece, Crikey has hit the ground running with hard truth for 2019. And that is a very good thing.

But who will suffer the most pain for the correction of this long period of idiotic neo-liberalism and bank incompetence and criminality? That’s right, US.