In a year in which the political class has failed to address the disaffection and contempt so many voters have for our political system, Bill Shorten has been far and away the most effective politician.

Give me lucky generals, not good ones.

As the government lurched through another self-inflicted disaster this week, another rotten opinion poll, another bout of self-indulgence and navel-gazing, Bill Shorten was presenting a strong, coherent and unified party at Labor’s delayed national conference. The contrast was deeper than just appearances, however potent they were.

Malcolm Turnbull had caused a delay to the conference when he — in cahoots with Speaker Tony Smith — scheduled the mid-year byelections to coincide with it. The logic of this was always peculiar — Labor conferences rarely go off without at least some division as left and right go at it on asylum seekers and other totemic issues.

Turnbull’s replacement Scott Morrison then tried a variation of the same trick, announcing a new (new/same-old-same-old) governor-general the very moment Shorten was delivering his keynote address on Sunday. One of the reasons it was Morrison doing that, and not Shorten, is that the Liberals and the LNP had fared poorly in the July byelections, giving Turnbull’s enemies an excuse to push him out. Except, the Liberals hadn’t done that poorly; they’d just so badly managed expectations that anything less than victories in every seat and the ousting of Shorten by Anthony Albanese would have been a disappointment.

You can follow this chain endlessly back deep into the Turnbull government and its political tactics, but the consistent theme is, the Liberals could always be relied on to stuff up. Especially on those rare occasions when Shorten came under any sort of pressure. He has been one incredibly lucky general. At every electoral test this year, his opponents — whether the shambolic Greens in Batman or in the July byelections — have devised ways to stuff up.

Whether that luck holds until polling day next year remains to be seen. Lots of people are writing the Liberals off, and it’s hard to avoid joining them, but momentum could shift in the new year. But, crucially, Shorten’s luck has been earned. On the economy, and taxation, there’s been no small target strategy. Quite the opposite — in effect Shorten has invited the Coalition and News Corp to have their best shot at Labor’s policies on negative gearing and capital gains tax and ending the dividend tax credit rort by selfish wealth retirees. And Shorten has used the shift in electoral sentiment against neoliberalism and the rising concern about inequality and corporate power to craft a coherent economic narrative, which stands in particular contrast to the lack of any narrative at all from the Coalition. Long gone are the days when Labor — and Shorten — were accused of standing for nothing. Now, according to their opponents, they stand for too much.

No one’s luck lasts forever, whether earned or not. Even so, in a year in which the political class has failed to address the disaffection and contempt so many voters have for our political system, Bill Shorten has been far and away the most effective politician.

The crossbench: The only “party” to expand its parliamentary representation during the year, the independents in the House of Reps ended 2018 by terrifying the government into shutting parliament. They now promise to make parliamentary life as embarrassing as possible for the Coalition in the thirteen minutes of sittings planned by the government before the election. Special acknowledgement to Andrew Wilkie who with Rex Patrick, Tim Storer and Nick McKim, were the only politicians to have the guts to speak up about the government’s vexatious prosecution of Witness K and Bernard Collaery and the Liberal-Labor cover-up of ASIS’ crimes.

Craig Laundy: This is the spot normally reserved for Mathias Cormann, who not so much blotted his copybook this year as chucked it into a vat of ink with his role in the leadership debacle and the “it’s OK to be white” catastrophe, but still managed to keep spending in check and assure his status as an outstanding finance minister, no matter what happens in the election. Instead, Craig Laundy gave a demonstration of how to put loyalty and stability ahead of political self-interest. Only two people accompanied Malcolm Turnbull into his final party room meeting on August 24 — a very ill Arthur Sinodinos, and Laundy. Laundy was a minister with a big future ahead of him, but stuck by his leader to the end and expressed his disgust at the circus his party had created. The Liberals need a lot more Laundys if they’re to regain credibility. So does politics in general, for that matter. 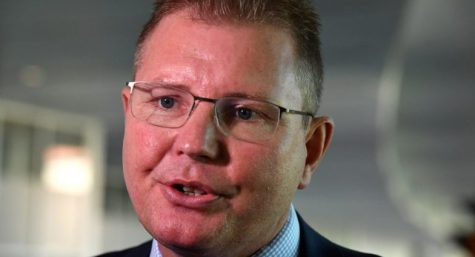 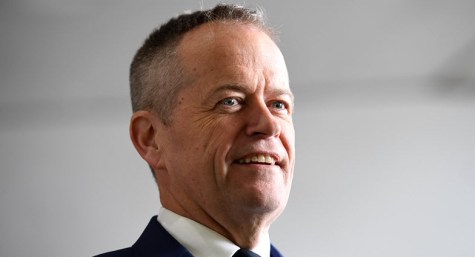 Agreed RH – the only great thing about Cormann is that he is not as bad as the others….

Agreed, TRH. The worst part is how self contradictory Keane frequently is. In the same article in which he praised Corman, previously, he also admitted that 99% of the current fiscal position is down to a mixture of dumb luck & Gillard era policies. During Corman’s tenure as finance minister, we’ve seen audits showing large sums of money unaccounted for within the “border security” department & insufficient funds being directed to naval patrols & we’ve seen the rubber-stamping of tax-payer funds to the GBRF & Foxtel.

One thing Shorten has in his favour is that he’s not wildly popular. A celebrated party leader is ever at risk of disenchanting voters but, in Shorten’s case, a significant chunk of the electorate either doesn’t trust his trade union affiliations, is indifferent or undecided. Some voters believe he has something to offer.

The Newspoll numbers regarding ‘preferred PM’ are a publishing gimmick &, frequently, mischievous. A prime minister does not need to be popular to govern effectively – as long as they can manage a professional cabinet and apply good policies.

Shorten has long waited for the top job, it will be interesting to see what he does with it. He may surprise the decriers.

Well in an age of overhype he has chosen deliberately I think to maintain a low profile, and generously allowed his shadow cabinet team to step up regularly.
Ultimately that is good leadership and, given the failure of the narcissist ( you will respect my authority**) types* we’ve had through the door recently, may augur well for a successful PMship.
*Gillard has been the only recent exception.
**Cartman, South Park.

Good PM’s and Premiers are those who can make deals then make them stick. Abbott lost to Gillard because he couldn’t even make a deal with two nominally conservative rural independents to form government.

bill shorten surprises every one including me, his political nous and timing is impeccable, the man has the ability to be the next john curtain and will likely to be P.M for as long as he likes while the liberal and national parties are totally dysfunctional to the extent that the laud Howard and Costello has their hero`s while the facts show otherwise and the trouble for these parties is the fact they have no bright lights waiting in the wings and there will be even less when the prospect of years in the political wilderness causes mass exodus into the corporate world to take up the big business favours they sold their political souls for, the other great thing shorten has achieved is the complete marginalisation and irrelevance of Murdoch`s news ltd and the 2GB shock jocks.

— Labor is dangerous, Liberals are incompetent —-

Aren’t we all a bit sceptical these days of anyone professing “a simple Mantra”?

BK is one of the few journo’s to acknowledge that Shorten has deliberately avoided operating as a smooth target by creating policies that annoy conservative vested interests and address inequality. Examples are limitations to negative gearing which will help first home buyers, dividend tax credit rort on tax you haven’t paid, capital gains tax, and addressing the tax avoidance rorting via family trusts.

Shortens ongoing support for a banking royal commission, and support early this year for the Green’s policy to create a national ICAC style commission, adds to his political strength.

Compare this to Beazley, who thought he didn’t need to do anything, or Howard, who in 1996, saved announcing his actual policy details to the last days fo the campaign, then released them in volume, which was called an obscene treatment of the voter by Allan Ramsay in the SMH.

Shorten may be seen to have benefited by the incompetency of the LNP, but he has been strong to produce policies well in advance of any election, and give political and media opponents opportunity to tear them apart…. which they haven’t.

oops – make that “a small target”.

To me “We do not intend to fail or disappoint the Australian people” was short ‘n sweet reassurance.
How many times have we heard politicians pledging to fail and dissappoint us – before failing and disappointing us?

Among so many, one of the great moral fails of our political class this year – while coalescing the parties – was the sacrificial prognostic handling of Colleary, “Special K” and “national security” upon the altar of self-interest.
Imagine a Coal-ition of “a lot more Laundy’s” (real or imagined) – members of integrity and the strength of their, and their constituents, convictions – indeed, imagine any party of such a constitution …..

Shorten knows more than any that he cannot make promises like Abbott and not keep them, when he says he will not disappoint Australians he means just that, because he understands if he does that will be the end of the labor party, the difference between coalition and labor is simple, conservatives think the are born to rule and labor does not, every social benefit that we enjoy was given by labor governments and every one we have lost has been taken by conservative governments, every major rebellion or depression in this world has been caused by conservative governments and they never learn, Menzies understood this and governed for all while the current conservatives, just like like the tories of old, only govern for the wealthy few.