Welcome to Side View -- a curated guide to new and overlooked content on politics, policy, and public affairs. This week: reflective fish, immigration stoushes, it's just a flesh wound, and the ghostwriters of Christmas Past.

Borders and immigration are one of those issues that causes chaos at both ends of the political spectrum. Just as the neoliberal right finds the border control obsession of the nationalist right quaint and an impediment to economic efficiency, so the “let them all come” sentimentalists of the left object to the industrial left’s opposition to unchecked immigration. At Overland, the latter battle plays out with a far-left critique of Angela Nagle; (The Economist last year argued we’d be US$78 trillion richer with open borders).

Then there’s the impact on the ground: Deutsche Welle reports on the huge population drain bring inflicted on eastern European countries by immigration to western Europe. Japan is trying to open itself to more foreign workers, but might struggles to attract them. American Christian faiths are torn on migration from Mexico and the Trump administration’s response. And that United Nations Global Migration Compact (which Australia, rightly, steered clear of) is causing major splits (and major lying by the right) in Europe, as well as violence.

DYSTOPIAS AND OTHER IDYLLS

Contrary to the claims of Trump apologists (and his own election campaign), Trump as president is significantly more interventionist than Barack Obama.

ASPI explores a possible future in which the internet becomes fragmented.

And fancy ghostwriting the dreary memoirs of a plutocrat, such as where they holidayed? Your new dystopian job awaits.

‘TIS BUT A SCRATCH

If you’ve never read the 14th century poem Sir Gawain and the Green Knight, you’re in for a Christmas treat. King Arthur at Camelot declares that no one can start eating a Yuletide feast until he hears a tale of adventure. Enter the (literally) Green Knight, who offers them all a gory game: you can hit me with this huge (green) axe I’ve got, as hard as you like, as long as you agree to me hitting you back one year and one day hence.

The callow Sir Gawain decides to try his luck, starting an absurd adventure exploring chivalry, sexual relations and fair play that wouldn’t have been out of place in Python’s Holy Grail. Once you get over the confusing alliterative style, it’s a very modern, even cinematic, story. I read the Tolkien translation but there’s also an excellent one from Simon Armitage or listen to Melvyn Bragg’s recent podcast — but read the poem, which is widely available online, first, because it’s a ripping yarn with plenty of surprises.

THE SALMON OF DOUBT

Since Fukushima, nuclear power advocates have looked to China for evidence the industry was healthy. Now China is turning on nuclear power. The culprits? Our old nuclear friends cost overruns and delays, yet again demonstrating that if you think nuclear power is a good idea for Australia, you can’t count.

How WhatsApp is enabling savage vigilante violence in India.

A small fish has set scientists in the field of self-recognition at each others’ throats.

Australians aren’t the only people to vandalise those appalling dockless share bikes — Americans are doing it as well.

And stop thinking you know what time is.

From September, self-declared Karl Ove Knausgård admirer Dwight Garner gives both barrels to Book Six of My Struggle, then reloads, gives two more barrels, then clubs the tattered remnants repeatedly with the smoking weapon. At Eureka Street, Gillian Bouras admirably tries to rescue Heart of Darkness from charges of colonialism.

STAT OF THE (YULETIDE) WEEK

A damning 2016 British Medical Journal study demolishes the myth that Father Christmas only visits children who are good, finding no correlation between behavioural outcomes and Father Christmas visits. Go beresk kids! Of course, it could be the confounding visits of other heroes and mythical figures as well that is messing up the results — though Side View queries the methodological validity of including visits by mayors and hospital chairs. 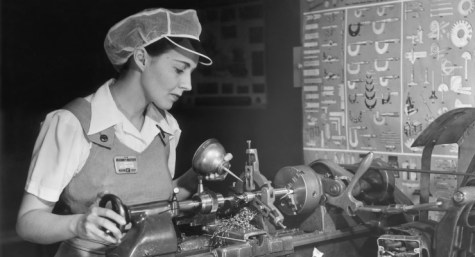 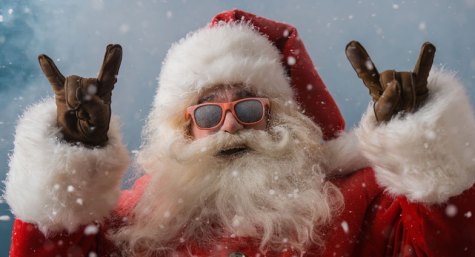 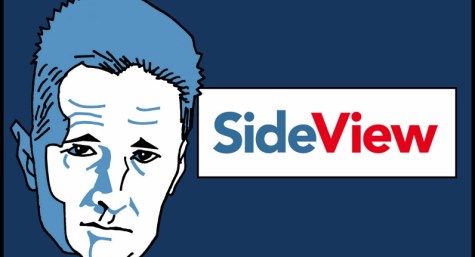