Good morning, early birds. The government is set to announce a $10 billion tax cuts and spending package in the lead up to next year's federal election, while Labor plans to strengthen the Fair Work Commission's equity powers for female-dominated industries. It's the news you need to know, with Chris Woods.

Prime Minister Scott Morrison is gearing up for $10 billion in tax cuts and targeted spending on the back of a budget windfall and some generally terrible opinion polls.

Both The Australian ($) and Sydney Morning Herald report that Morrison’s pre-election spree, reportedly buried under “decisions taken but not yet announced” in the MYEFO, includes $9.2 billion in tax cuts over the forward estimates and a further $1.4 billion in spending. Along with a corresponding op-ed ($) from Treasurer Josh Frydenberg, The Oz ($) further reports that the Coalition would shave almost half a trillion dollars from existing “deficit” spending programs over the next ten years, including $80 billion from foreign aid and $88 billion from mining and carbon tax-related compensation schemes.

Labor will today announce plans to introduce pay equity requirements for the Fair Work Commission, along with new powers to order pay equity reviews and wage increases for workers in female-dominated industries, should it win next year’s federal election.

According to The Australian Financial Review ($), Deputy Opposition Leader Tanya Plibersek and Shadow Employment Minister Brendan O’Connor have cited early childhood, aged care and disability services as industries set to benefit under new pay equity provisions. The third and final day of Labor’s national conference will also be dominated by a debate over the nuclear weapons ban treaty, and follows news that the party plans to abolish remote work for the dole programs.

DEMENTIA RESEARCHERS GET THE CHEESE

Brisbane researchers who cured dementia in mice will begin clinical trials next year as part of a new $185 million federal ageing fighting fund.

The Courier-Mail ($) reports that the Queensland Brain Institute will receive $10 million for trials, after developing non-invasive “microbubbles” and ultrasound techniques that destroy “toxic plaque” on the brains of mice with dementia, and consequently restore memories. Up to 10 sufferers of early-onset dementia are expected to take part in clinical trials in Brisbane starting 2019.

I know he’s your captain, but you can’t seriously like him as a bloke.

The Australian cricket captain is getting along just fine with Indian counterpart Virat Kohli, thanks.

Can Morrison turn Jerusalem into a total debacle? He’s giving it a red-hot go

“Having cleverly wedged himself with his cynical Jerusalem embassy review during the Wentworth byelection, Scott Morrison had a choice in the aftermath: try to salvage at least something from debacle or, true to the spirit of that foolish, amateur-hour stunt, go all the way and make sure it was a complete disaster.”

“Parliament has wrapped up for another year, with no clear resolution on the matter of anti-discrimination measures for queer and trans students in religious schools. This bill, which came following outcry from the Ruddock review into religious protections, should have been relatively simple. Instead, five of the review’s recommendations will now be referred to the Australian Law Reform Commission, which will likely not report back until the second half of next year.”

“Local telecom carriers have just splurged $835m on auctions for spectrum that will carry 5G mobile technology. That’s a nice little earner for the government’s bottom line although it fell a little short of some expectations of $1 billion.”

Readers left in dark on state daily’s fracking interests — Emma Young (WAToday): “The West Australian has repeatedly failed to disclose its owner’s billion-dollar investments in the oil and gas industry in its coverage of the state government’s mining policies.”

Labor conference: ALP refugee compassion off table if boats reappear ($) — Paul Kelly (The Australian): “There is a new article of Labor faith emerging from its national conference — that strong border protection fits with compassion to asylum-seekers and refugees. It is highly convenient, part delusional but pitches to public sentiment.”

In some ways, Andrew Broad is a lucky guy — Wendy Tuohy (Sydney Morning Herald): “After a year stuffed with horrendous headlines about Australian politicians’ interactions with women, our stocks of outrage are bottoming out. It feels like too much effort to fire up over any incident short of about an eight on the sex scandal/sexism Richter scale.” 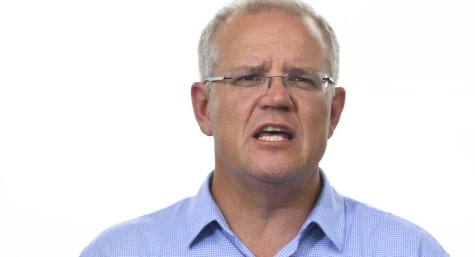 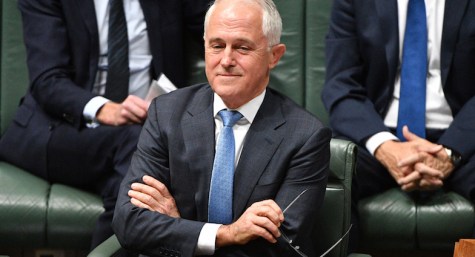 And the government is hitting universities with even more research funding cuts to help fund this largesse:
https://www.smh.com.au/politics/federal/universities-hit-with-another-wave-of-funding-cuts-20181217-p50moh.html

Tell us more about the government’s laudable “spending discipline” Crikey! From here it looks like the standard Liberal playbook of shafting education, health and the environment in the interests of tax cuts to the wealthy.