Good morning, early birds. Labor is set to announce its immigration election policy, including a lifting of Australia's refugee intake, and the Coalition expects a massive surplus in its budget projections. It's the news you need to know, with Chris Woods.

Labor is today expected to announce its election immigration platform on day two of the party’s national conference in Adelaide, with reports indicating a potential increase of the annual refugee intake as a way of calming internal disputes.

However The Sydney Morning Herald reports that Labor factions are still debating the future of people indefinitely detained on Manus and Nauru, as well as 6000 failed applications for “fast-tracked” asylum seekers living in Australia. It follows a day in which Opposition Leader Bill Shorten braved a number of protesters to announce plans for unpaid superannuation, an environmental act, a $6.6 billion injection into new housing, and a review (but not increase) of Newstart. Meanwhile, the latest Ipsos poll has Labor up 54-46 on two-party preferred, with voters spilt almost evenly on changes to negative gearing.

The Coalition government will today double its projected surplus over the next four years from $15.3 billion to $30 billion, under a mid-year economic and fiscal outlook Treasurer Josh Frydenberg will claim to be the best since the Howard-Costello years.

The Australian ($) reports that the 2019-20 surplus will increase from $2.2 billion to over $4 billion, following cuts to spending and higher company tax revenues, while The Sydney Morning Herald reports that the government will commit to more aged care support as part of the budget update. The announcement follows a similarly busy weekend for the Coalition, in which the government not only made controversial decisions on Israel’s capital and the new governor-general, but, according to The Age today, ended its threat to withhold short-term funding to Victorian schools over Gonski 2.0 negotiations.

Sri Lankan Prime Minister Ranil Wickremesinghe has been reinstated by the same president who deposed him roughly two months ago.

The ABC reports that the United National Party confirmed yesterday that the new, old Prime Minister retook an oath before President Maithripala Sirisena, whose attempt to sack Wickremesinghe in October and replace him with now suspended PM Mahinda Rajapaksa resulted in protests across the country and actual brawls in parliament.

We’re Australia’s oldest political party. We have a proud history of democracy, we all understand the right to protest. But that doesn’t include the right to drown out the leader of the opposition. So could you please leave the stage?

The ALP national president respects anti-Adani protesters up until the point they disrupt anything.

“It’s not as if we’re short of emblems, summations and demonstrations of why voter trust in our system of government is collapsing, but Scott Morrison’s ‘Commonwealth Integrity Commission’ is better than most. It literally embodies exactly the rotten state of contemporary politics and voters’ belief the system works only for vested interests.”

“Launched in the wake of the plebiscite ‘yes’ vote, the Ruddock report is from that long distant era in which the Libs were still listening trustfully to their own right, to the Decline and Fall Catholic Eeyores at The Australian, to the hysteria of Bolt and the Parrot. They believed that they represented something out there, rather than the fossilised power of right-wing media capital, and a neoliberal order’s need to manufacture intact ‘traditional values’.”

Here’s to another 12 months of Theresa May

“On Wednesday, UK Prime Minister Theresa May clung on to the party leadership after a no-confidence motion within the Conservative Party, winning the vote 200-117. While this buys her a year before a spill can happen again (stability rules prevent another vote before 12 months) it hardly seems likely to settle the matter.”

Berejiklian challenges Labor to rule out deals with Shooters party

Amazon sacked assistant for ‘asking to collect kids from school’

Morrison goes a bridge too far to outsmart Shorten — Michelle Grattan (The Conversation): “The Morrison government is going over the top in trying to outsmart and smother Bill Shorten and the Labor national conference. Leaving aside the holding of the July Super Saturday byelections when the ALP meeting was originally due, the government is attempting to outdo the rescheduled conference at every turn.”

Renewable energy takes centre stage ($) — Guy Barnett (The Mercury): “Tasmania has what the rest of the nation wants – low-cost, reliable and clean energy in abundance. We have a target to be 100 per cent self-sufficient in renewable energy generation by 2022. That’s why a second Bass Strait interconnector offers opportunity for Tasmania and the nation. For us, because it will facilitate billions of dollars in investment in wind and pumped hydro projects, and the thousands of jobs that will go with it.”

ACCC wins watchdog of the year, as others lick their wounds — Ross Gittins (Sydney Morning Herald): “It’s been an infamous year for Australia’s economic regulators. Most ended it with their lack of vigilance exposed, their reputations battered and their ears stinging from judicial rebuke.” 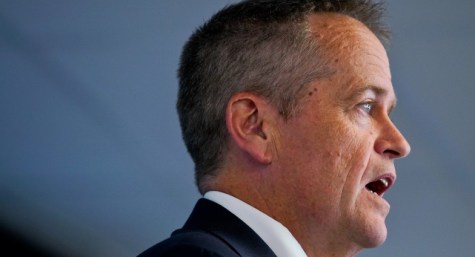