Yet another company is using "extraordinary" hard ball negotiation tactics with their staff, this time in the media.

Seven West Media is planning to drop its employee agreement covering penalty rates, rosters and redundancy provisions back to minimum conditions after negotiations with the unions reached a stalemate.

A month after 82% of staff voted against the enterprise agreement offered by Seven, human resources boss Katie McGrath sent an email to staff on Friday, seen by Crikey, telling them the company was preparing to apply for the current agreement to be terminated entirely, should conciliation with the Fair Work Commission fail. The agreement covers about 800 permanent staff and 500 casual staff.

McGrath said the “impasse” was down to two changes to the current agreement: one related to redundancies and another to the “exclusion of arbitration from the internal grievance procedure”. Redundancy provisions are of particular concern to staff given Seven’s current cost-cutting plans.

Ominously, there is also the threat to terminate the existing agreement, dropping employees to award minimums and undercutting their ability to negotiate a better deal.

The Community and Public Sector Union, which represents technical and operations staff at Seven, told Crikey that Seven’s plan amounted to corporate bullying.

Acting CPSU director Emma Groube said in a statement that Seven’s profits depended on the skills and expertise of its workers. “Our members at Seven feel cheated and betrayed by this hard-ball push to strip them of gains they’ve taken years to secure around things like redundancy provisions, shift rosters and penalty rates for working those shifts,” she said. “We sadly believe that Seven was angling for an excuse to terminate this agreement from the very beginning. They told us at the start of the negotiating process that they would accept nothing less than a wholesale capitulation from workers on their existing pay and conditions.”

Groube said the CPSU would argue before the Fair Work Commission that it should reject the push for termination. “Our members won’t be lying down and taking this dodgy treatment by their bosses, with strikes and other industrial action now being put on the table,” she said.

“Seven network journalists and editorial staff right around the country work long hours to deliver the news to their audiences,” she said. “MEAA condemns this move by Seven management to bin long-standing, collectively negotiated terms and conditions in a move that effectively grabs savings for this company … from newsroom staff’s hip pockets. Newsroom staff — and their audiences — deserve better.”

Loophole in the bargaining process

The tactic being employed by Seven, exploiting a loophole in the bargaining process, is increasingly common. Agreements have a nominal expiry date, after which the conditions continue to apply until it is terminated or replaced. Traditionally, these agreements stay in place while a replacement is being negotiated between the workforce and the business. But if a workforce won’t accept a new set of conditions, an employer can unilaterally apply to terminate the agreement, and, if successful, employees have to negotiate a new agreement on the basis of award minimums, rather than the usually far more generous provisions of the current agreement.

Under the Fair Work Act, the Fair Work Commission must terminate an expired agreement on application from a party to that agreement if the FWC is satisfied that it would not be contrary to the public interest, and it considers it appropriate, taking into account the views and circumstances of the parties covered by the agreement and the likely effect the termination would have on each of them. And Seven can make the threat of applying to terminate the agreement in the knowledge that there are more or less no circumstances under which the commission would say no.

The number of applications to terminate agreements across industries has exploded in recent years — in 2017-18 it was 388, up from 161 in 2014-15. Time and again, where employers have sought to improve their bargaining position by terminating an existing agreement, and unions have argued it is contrary to the public interest to imbalance employer-employee relationships in this way, the union has invariably been unsuccessful.

As the tactic has proven so successful, it has spread. Initially, it was only prevalent in manufacturing, with Griffin Coal in the Western Australian mining town of Collie, as well as Aurizon, Esso, AGL, Parmalat using the tactic. But it has spread to education and now, apparently, the media. It’s unlikely to stop there.

The negotiations come as Seven West continues its cost-cutting across the board. Just this month, it has closed its Quokka classified business, West Australian editor Brett McCarthy has resigned after working on a “newsroom restructure” and the company has announced it would double its cost-cutting target from between $10 and $20 million to between $20 and $30 million. It will find more savings from moving its Sydney headquarters from Pyrmont to Technology Park in Redfern.

A Seven spokesman said in a statement that negotiations had reached an “impasse” after the unions didn’t attend a scheduled meeting. “It has always been our strongest preference to work with staff and the unions to find a solution that is fair and sustainable,” he said. 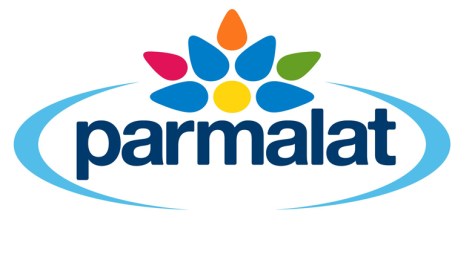 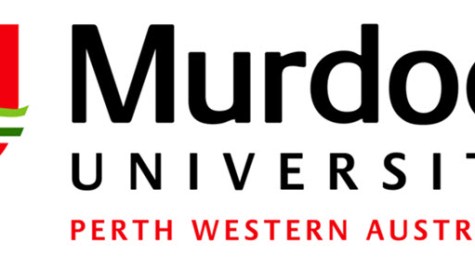 Millions of workers can’t access enterprise bargaining, and it is failing to deliver for those who can. Industry isn’t even trying to adopt reasonable behaviour such as might stop it from being reformed by an incoming government.

As a shareholder in Seven Media (I was a shareholder in West Australian Newspaper, and opposed Kerry Stokes taking it over, as I also opposed its merger with Channel Seven), I think it couldn’t happen to a better (or worst) company.

I hope it goes out of business. I refuse to read the West Australia (ever since they started publishing Andrew Bolt). And I only watch Seven for the AFL.

It’s a penny dreadful. I won’t be losing much if it goes bust

maybe now the channel 7 and other networks employees will be a bit more hesitant in bagging other workers in their news articles who are simply fighting for a decent wage and working conditions just like them, perhaps a good old fashioned strike might help them overcome the bullying.

As with the various compliant & complicit press journos. now the remainder of the legacy media are copping what they’ve mendaciously promoted since the HawKeating neolib brigade began attacking other workers’ conditions.
Goes around, comes around – those who ride a tiger will eventually fall off and be eaten.

Changes to legislation preventing employers from terminating enterprise agreements should be the first thing that Labor puts through after being elected.

Agreed: termination of an agreement should be by agreement of both parties, or not at all.

The second thing should be enforceable FWA conciliation and arbitration after a given period, to stop employers pretending to negotiate in good faith, but actually delaying the starve the workers out.