The arrest of Meng Wanzhou may restart the US-China trade war, but it will just be a headwind of the looming global financial crash.

A funny thing happened on the way to an apparent de-escalation of the US-China trade war: Meng Wanzhou, the CFO of China’s most successful international company, Huawei Technologies, was arrested in Vancouver at the request of the US government, who wished to extradite her.

It’s an event that is already unsettling global markets at a time when fears for the health of the economies of both the US and China — and thus the rest of the world — are rising quickly.

It was all supposed to be different. Or was it? About the time Meng was taken into custody, as she changed planes at Vancouver airport, Donald Trump and his Chinese counterpart Xi Jinping were sitting down to a dinner at the recent G20 summit in Buenos Aires. Trump’s plan was to call a temporary truce to the imposition of tariffs on hundreds of billions of dollars of Chinese goods by the US — and some tit for tat from China. But the announcement of this has been overtaken by the arrest.

The accusations against her and Huawei relate to the breaking of sanctions against Iran, and lying to international banks about Huawei’s control over a subsidiary it now seems is co-owned by Iran’s Revolutionary Guard. The alleged crimes reportedly carry prison terms of 30 years.

US officials have claimed that Meng’s arrest and the accusations against Huawei have nothing to do with the US-Chinese trade war, but that’s hard to believe. Global securities markets have reacted by falling sharply.

The core of the US-China stoush, for all the sound and fury, is about intellectual property theft and transference in the tech sector. Huawei and its Chinese competitors have long been front and centre of this trend. Indeed, more than a decade ago, Huawei was taken to court over allegations of IP theft from Cisco Systems.

To add further confusion, US National Security Advioser John Bolton has admitted that he knew of Meng’s arrest warrant ahead of its execution, yet claims that he was unsure if Trump knew as he met Xi. If that’s true, it’s incompetence; if it’s not, then it’s even more lies from the White House.

The accusations against Huawei are similar to those made against its smaller Chinese competitor, ZTE Technologies, which almost sent it bankrupt in 2017-18.

Meng’s arrest also comes as the US has stepped up pressure on its allies to ban Huawei from major telecoms infrastructure contracts and, indeed, to have its gear ripped out on cyber security grounds. Australia has played along faithfully with the US, banning Huawei from the benighted National Broadband Network and from emerging 5G networks.

Banned telecom Huawei is bidding to run Australia’s 5G, and we shouldn’t try to stop it

In recent weeks, New Zealand, the United Kingdom and Japan have all slapped bans on Huawei in their own broadband networks.

China has reacted with typical fury — senior Huawei executives are widely said to be in Xi’s inner circle — describing the arrest as “unreasonable and vile”. While Meng’s arrest has short-circuited Trump’s triumph at taking a break in a trade war he started, it’s too early to understand if the Huawei move is a ploy ahead of the main game that Trump will recommence at the end of February.

Of more concern for the global economy, and Australia in particular, is that the trade war is only one of many headwinds now buffeting China’s economy, which exhibited further signs of being in trouble. Decelerating inflation and fading domestic demand were evident in figures released latest weekend — a major stoush between Huawei and Washington can only exacerbate.

Crucially for Australia, the Chinese economy — about 28% of two-way trade and 33% of export revenues — is now inextricably entwined with the world economy, meaning an economic hit to China could have double impact.

China’s economy has been slowing for some years back, from low double digits towards 6%; something of a designated bottom-of-the-floor number for Beijing. Still, this is off an increasing base, so even as growth slows, the quantum of exports often increases. A running series of infrastructure-based stimuli over past decades has brought ever-decreasing returns on investment.

Ultimately there is a limit to how many highways to nowhere and ever-empty airports can be built, adding to the debt and other dead weight. The state balance sheet has reached levels that increasing numbers of economists believe is dangerous.

Lower infrastructure spend is bad news for Australia’s resources sector and commodities prices are already bearing the brunt, signalling a crimping in mining-sector tax receipts in coming years for the government. But the ebbing global economic tide will strand many ships.

Chinese debt is getting very heady, close to 300% of GDP, and could be the trigger for the next wave of what is looking like a multi-decade global financial crisis. The US economy shows all the signs of having peaked and the international economy is now in year 10 of growth in an era where cycles average eight years. Gravity eventually prevails.

Perhaps the richest irony of all is that this has all come as China is gearing up, this month, to celebrate 40 years since Deng Xiaoping commenced his storied program of economic reform.

Good luck with that, and look out below. 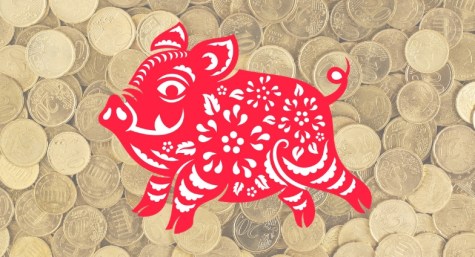 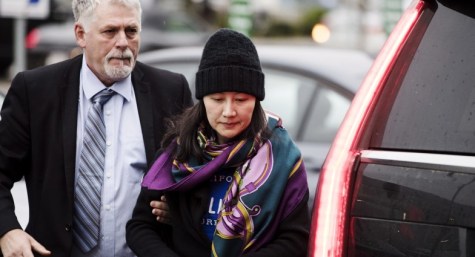 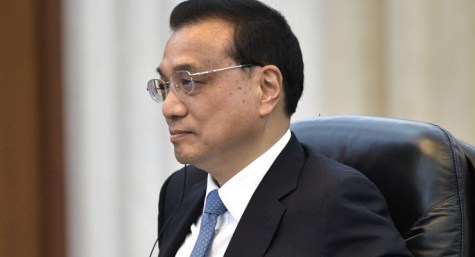 The Chinese government has made plenty of its own political arrests of foreign company executives.

Another tiresome piece from Sainsbury’s ‘ Book of Orientalism’.

Do some homework – try looking at ”What Snowden Found’.

Even the NYT’s, in 2014, bothered to report who had actually been hacking into whom, and leaving what behind for later, further use.

That would the USA, via the NSA, hacking and compromising Huawei technology, and not just for use against China, and Huawei, but there long list of overseas customers, like Iraq, Afghanistan, and on goes the list.

This is lazy, at best, stenography, at worst.

What I find really bothering is that the US made a unilateral call on the sanctions on Iran. Under international law such actions must be sanctified by the UN. This has not happened and neither will it. Therefore the act of arresting someone for an action which is not illegal is itself illegal. And we go along with it.

No wonder we can live comfortably with the thought of an Australian citizen able to be extradited to the US for the ‘crime’ of displaying the dirty linen of an invading country (the US) and their treatment of that country’s citizenry at the hands of a helicopter gunship, leaked in 2014 to Wikileaks.

No, the financials are small beer when you consider that international law is no longer and that he with the biggest stick rules the roost. With such anarchy upon us then all will turn to dust. It makes our position in the world very fraught to say the least, especially as we have the arrogance to assume that we of the West are the best and the most honest and that therefore we will prevail in any conflict brought about by such high handed actions as these.

The Drumpfster unilaterally breaks a treaty, negotiated with the EU as co-sponsors, with Iran, graciously “allows” selected countries to continue buying its oil then orders the arrest, by another country, of the CFO of a major company of one the countries “allowed” to keep buying oil.
It ain’t called the Hegemon for nothing.

Yeah, this is indeed a troublesome development. Glad it was Canada playing the role rather than Australia, the US’ normal dupe, but that comfort is only small.

Seems entirely illegal, but this shot across the bows could get ugly. Wouldn’t want to be a tech company executive visiting China right now.