A new survey has found compelling evidence of how racism, homophobia and classism feed broader views of violence against women.

The National Community Attitudes Towards Violence Against Women Survey (NCAS) delivered a number of concerning findings last week. After surveying more than 17,500 people aged 16 and over, the study reported:

Buried deeper in the report, however, is analysis that reveals just which factors predict these views.

Overwhelmingly, it was found that having a low level of support for gender equality is the strongest predictor of attitudinal support for violence against women. More revealing, however, was the fact the third-highest predictor was a construct that had never been measured before: prejudice on the basis of disability, sexuality, ethnicity and Aboriginal and Torres Strait Islander status.

Kristin Diemer, one of the principal authors of the report, said the result was important, but not necessarily surprising.

“It does confirm other international research which shows, for example, that if you give people an example of an African-American woman who is a victim of violence, and another with a white woman, with no other differences in the scenario, participants will be more likely to attribute culpability to the victim of the scenario when she is African-American.

“This supports what we already know in the family violence sector: that women of colour are victims of double jeopardy in terms of both racism and gendered discrimination. The same is true of other forms of marginalisation: we know that violence against women is exacerbated by cultures of homophobia, ableism and classism.”

Perhaps the most important implication of the finding, said Diemer, was that while gender inequality remained the most pressing issue to address, this must be done so in an intersectional way.

“We know that attitudes towards gender inequality are by far the greatest predictor of attitudes that support violence against women. However, these findings show that we must look at the way various forms of discrimination interact and shape experience, rather than trying to address them independently.”

The report argues, for example, that women who experience multiple forms of marginalisation may be more likely to internalise some of the structural oppression they experience.

“This can play out in multiple ways,” says Diemer. “It also might be that their awareness of the discrimination they and men in their community are subject to then serves as a further barrier to help-seeking.

Following on from these findings, the report also notes that research indicates prejudicial attitudes of all kinds might be underpinned by two deeper philosophical orientations: the desire to preserve traditional values and maintain collective security and cohesion (sometimes called “right wing authoritarianism” in academia); and a desire to subjugate groups that are perceived as weak or inferior (sometimes called “social dominance orientation”).

The NCAS has run every four years since 1995, and Diemer said future iterations may well need to explore these concepts further.

“These are important concepts to measure given the current political climate worldwide, because research does suggest that these kinds of beliefs are linked to all forms of prejudice. It may be that violence and cultures supportive of violence reinforce not just gender hierarchies, but also hierarchies based on race, disability, sexuality, class and ethnicity.” 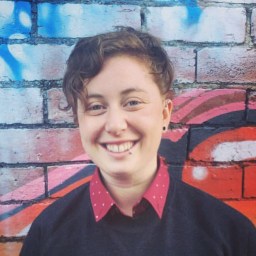 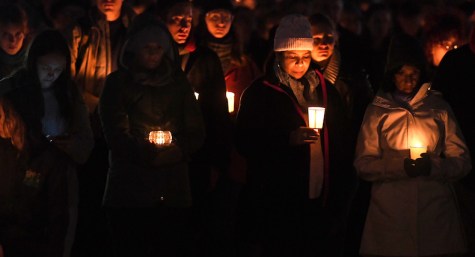 If you like a truly disturbing statistic to ponder, try the attitudes about DV & women in Aboriginal and Torres Straits communities. It would not suit most ”progressive” agenda’s unless a contorted analysis and blame shifting can be achieved. It requires action not bullshit.

While I agree with what has been written in this piece on most counts I must point out that too many of the studies that have been reported do not support the assertion ‘that men are more likely to perpetrate violence than women’. In fact they suggest that in regard to the initiation of violence the numbers are pretty much the same so much so that the Queensland Government, that progressive group from the deep north, have actually taken the initiative to address the broader questions of violence.
The outcomes when men perpetrate violence are much worse than when women do but to focus on that skirts around the question of why are we violent and avoids the issue of violence against children across the whole of our society. The assertion as made distorts the argument and excuses the rejection of the argument because since the data indicates it is incorrect making the assertion provides a readily target for those who seek to avoid having to discuss the broader issues.

Way to miss the point in 650 wasted words.
Lord save us from Social Studies undergrads – but A+ for offence seeking & box ticking, “homophobia, ableism and classism” – sheesh.

Well, we have a survey. A survey can prove that the cow jumped over the moon and the bull had a crumpled horn. If you want to prove something then you call for a survey. Then with that survey you can prove the other side of the coin as well.
What about going to truth and admitting men and women are equal in this issue of domestic violence. Women are experts at emotional torture as they are by far the more verbal. If you want a verbal marathon monologue you call for a woman. Women whinge and they hurt with words. They hurt with words until the man can take no more. The man is not verbal and non-verbal so he fights back the only way he know how. He hits back with fists and that is the first recording that a fight has started when the fight started many months before.
If only truth was told in domestic violence, then we as a society could move forward, but woman have to own up that they have a hand in the argument. That will never happen as women score it as 100 percent men and women zero responsibility. And so women die.

Oh honestly what a load of BS! Victim blaming at its worse Margaret!

Well just why does Domestic Violence continue when Billions of dollars are thrown at it?
Because they are not getting to the truth of the matter
Hey, let’s spend another Billion dollars at it … and still end up where we were, with INCREASING Domestic Violence.
Let us do that.

Margaret Marshal you are clearly a man pretending to be a woman. No woman could seriously believe this. Stop hiding in womens’ clothes. The act of a true coward.

A real woman would not describe women as ‘they’ but ‘we’. Sprung.

Don’t blame me when you can’t read.