Homophobia is alive and well in Church teachings

Crikey readers on Labor's terrible performance on the anti-encryption bill and the modern discourse on LGBTIQ rights.

Crikey readers — with some exceptions — are just as furious at Labor caving on the governments’s anti-encryption legislation as Bernard Keane was. While many had their faith shaken by the move, others argued Labor simply couldn’t win. Elsewhere, our readers gave us some interesting takes on the LGBTIQ debate in this country; both what it tells about Morrison, and what it tells us about church teachings.

Marcus L’Estrange writes: Bernard’s claims that “the idea that religious schools should be able to teach LGBTIQ students that there is something profoundly wrong with them is an offensive relic from an earlier age” misses the point of key Church statements such as that from Saint Pope John Paul II:

Although the particular inclination of the homosexual person is not a sin, it is a more or less strong tendency ordered toward an intrinsic moral evil; and thus the inclination itself must be seen as an objective disorder.

Basing itself on Sacred Scripture, which presents homosexual acts as acts of grave depravity, tradition has always declared that ‘homosexual acts are intrinsically disordered’. They are contrary to the natural law. They close the sexual act to the gift of life. They do not proceed from a genuine affective and sexual complementarity. Under no circumstances can they be approved

Catechism 2359 states that “homosexual persons are called to chastity”. It’s there in black and white. It may be a relic to Bernard but it’s a Catholic doctrine that is alive and well in 2018.

Robert Garnett writes: The right wing of the Liberal party’s continuing fight against LGBTIQ rights demonstrates conclusively that they have absolutely no belief in democracy.

It doesn’t matter what the issue is. What the people of Australia want is of absolutely no importance to them. They are the epitome of autocratic fascists that are determined to exercise their toxic control of the population at ANY cost. Morrison  keeps up the faith of the worst of Christian dogma, he continues to push the neoliberal agenda and he is determined to turn Australia into the surveillance state that would make Erich Honecker blush.

The ’embassy to Jerusalem’ push is a sop to the US, in particular, Trump and his sudden interest in the Pacific Islands people is another egregious attempt to align himself with the US against those non-anglo people of China. They are appalling.

On Labor folding on encryption

Filthy Dancer writes: I am so angry at Labor right now. Had a gutful. I’m not voting for them — in fact, I’m putting them last.  I’d rather have a full fascist right-wing junta in charge than a plastic one that allows all kinds of evils to befall the Australian people, just to avoid the risk of not getting power. What will we lose anyway? The ALP are actively assisting the destruction of democracy.

Paul writes: You are wasting your time Bernard. The ALP are purposely deaf dumb and blind because party policy is always elevated above the people they are supposed to serve. Is it any surprise they are identical with the coalition? In lock-step with the international global surveillance and data storage juggernaut that seeks 24/7 around the clock monitoring of all people.

My grandfather and father were both long-time scrutineers and unpaid servants for the ALP back when it was a real people’s party. Today they have joined the Libs and formed the Lib-Lab party. There is no difference at all between them. I hope they choke on their superannuation and perks because they have deserted the people they are supposed to represent, and I will never vote for the ALP ever again. In fact, I refuse to vote for anyone ever again in this country. 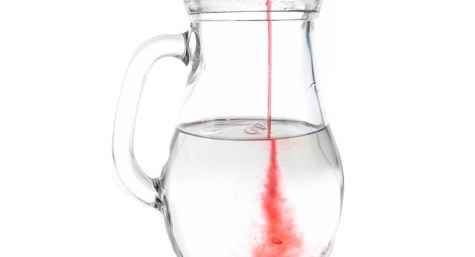 Confessional: priests in the dock?

Pope Francis must act on Pell

There seems to be some bile and anger without sufficient analysis here, by staff and commenters. It is understandable that today’s political scene is distasteful, never worse since federation, but, who can forgive or endorse conservative filth as it is practised by this Abbott/ Turnbull/ Morrison government? The opposition is keen to survive and prosper, understandable, and are responsible and careful within limits. Nearly anything to get rid of a poxed politically perverted potful of pooheads is good. ( too nasty? let’s accelerate) Free press comment, rare enough, is desirable and reader comment is to be encouraged. Finally, be involved anyhow.

Nobody is forgiving the LNP anything. Destroying society is in their DNA and everyone accepts that they will try at every level.

Labor, on the other hand, is supposed to stand up against the neoconservative tide, that that is why most lefties are furious with the ALP. The crazed right-wing of the LNP is not only dictating to the LNP it is also dictating to Labor. Does this surrendering make Labor safe? Will the LNP pat Labor on the back for doing so?

Marcus L’Estrange’s claim that Bernard’s claims miss the point itself misses the point: it is the Catholic doctrine that is an offensive relic. And that that doctrine is according to Marcus ‘alive and well in 2018’ says it all.