It’s the most wonderful (read: stressful) time of the year.

‘Twas the final #qt before Christmas, when in the lower house
Not a Labor MP was heckling, to avoid being booted out.

Meanwhile in the Senate, attempts to get refugees medical care
Meant that things were getting shouty over there.

Parliament House has been less jingle bells, more division bells in the final sitting week of the year. Those green and red flashing lights, while festive in colour, have not been music to my ears, especially when a nap is needed. On Wednesday evening, the House divided nine times in just under an hour and on Thursday there were 29 divisions in the Senate. Some said that it felt like the bells were still ringing even after leaving the building.

When Scott Morrison called a press conference late Monday evening to announce the end of an era for #libspills on sitting prime ministers, people had already been at parties for hours. According to Fairfax, MPs attending a pre-Christmas gathering for the US-Australia alliance abandoned the event prematurely after receiving messages to attend a party-room meeting just before 8pm. Some journalists still in the building were at the Nationals’ Christmas drinks when the ABC’s Andrew Probyn burst in and briefed Barnaby Joyce on the details of the special party room.

In the blue room, Morrison remarked upon how “spirited” the media were. A grimacing Josh Frydenberg put it down to “beer o’clock”. If the PM was hoping to get his historic announcement — following in the footsteps of the Rudd rule — across with minor scrutiny he was sorely mistaken. Never undermine the ability of journos to turn up and ask the hard questions even when they are a little merry.

The Nationals, being the country cousin in the Coalition, sure know how to celebrate — the party held three functions this week. The aforementioned Christmas drinks for media were followed by a tropical-themed private party on Tuesday, and then the legendary seafood BBQ the next day. Stickybeaking at the secret luau I spotted staff decked out not in holly but in leis. Unfortunately (or fortunately?) I missed Deputy PM Michael McCormack singing karaoke (I hear Elvis is his specialty).

The new prime minister was keen to stamp his personal brand onto the famed Christmas drinks at The Lodge with ScoMojitos and ScoMosas on the menu. There were rumours that the chefs were to cook up a version of his renowned chicken curry but without Jenny’s pav what was the point? The Monday night scheduling was a source of disgruntlement among the gallery.

The lockout of the Lodge at 10pm had repeat attendees pining for previous owners who let them leave via the lounge instead of being escorted out the gate like the ABC at a One Nation presser. As I eyed off the pool on my exit, I was told a photographer once took a dive during the Howard years in protest of it being “the people’s pool”.

Elsewhere, the Greens lived up to their name with their celebrations providing a vegetarian feast complete with multiple types of meat-free patties and quinoa. But, in an unfortunate incident of parties imitating politics, the Labor and Greens events coincided and it was the ALP who got the bigger numbers at their do.

At Labor’s send off, Bill Shorten remarked this was his sixth and final year hosting as opposition leader. There were no sausage sizzles to be eaten sideways, but the deluxe platter spread provided a further glimpse into an ALP machine working overtime to get into government.

Scott Morrison’s legislative wishlist for the final fortnight was ambitious. A (slightly snapped) “big stick” on energy, was high on his agenda. But the ghost of prime ministers past, Malcolm Turnbull, haunted his hopes with attempted interventions and public interjections. But it was the misgivings that will linger beyond the Summer shutdown.

For the public, it feels like the Coalition might as well have filled their stockings with coal. The year ended with no action on climate change, an impasse on protecting LGBTIQ kids in religious schools, and medical transfers for refugees left waiting to be voted on in the house.

On the final day, Morrison wished Shorten a merry Christmas — mere hours after he accused the opposition leader of endangering Australia’s borders and national security. It seems in politics you can’t bah humbug your enemies for long.

As journos — exhausted from the frustrating fortnight– were packing up for the pub, Shorten called a press conference. The opposition leader denied his party was playing games, but the capitulation on the encryption bill — passed in the senate without amendments — said otherwise.

In the end, “protecting Australians over Christmas” was the present Labor and the government put under the tree. But it’s not certain whether Australia will thank them for it. 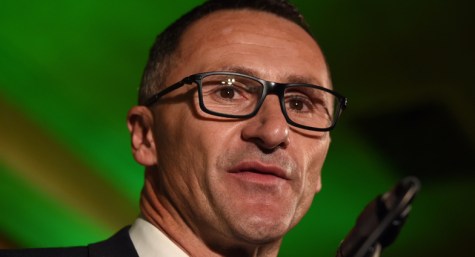 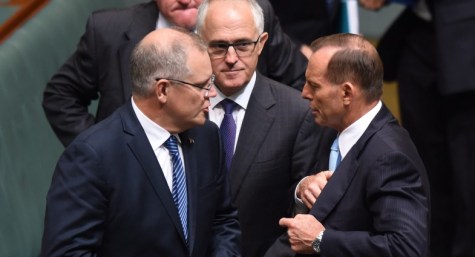 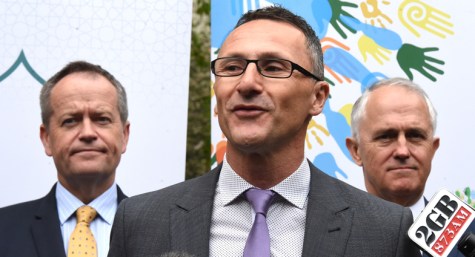 Crikey, (Bernard) you are ‘entitled’ to “bell the Labor cat” no matter how intemperate much of your content from time to time is. However, it is also reasonable that in turn, questions be asked of your (Crikey) focus excluding reference to a forensic observation of say; the Catholic Church’s treatment of abuse survivors? There are many, many, institutions holding sway over Australian lives. Politics, as you well know, is a dark art of the possible. But many other’s practice dark arts. Financial Services? But some practitioners; seldom accountable at all. Is it near time that your growing obsession need broaden horizons?

“A Merry Hypoxmas to us all; God bless us every one!”?

Probably not to the beasts spared slaughter.

Gloating is not the mark of a smart man but of someone who thinks he is a smart man.
There is quite a difference.
Remember at the last election and Bill Shorten hammered Medicare.
Who won the election? Malcolm Turnbull.
Scott Morrison still have a chance to win the next election, because the Labor Party can be just as stupid as the Liberals. But don’t ask the Labor Party as they are so smart-alecky to think they can’t lose.
Well, they lost the last one and they had it on a plate.