Good morning, early birds. The government is set to pass a wide-reaching encryption bill after a backflip from Labor, documents detail the secret Home Affairs body who determine medical transfers from Nauru and Manus, and the first conviction challenge is launched following the Lawyer X scandal. It's the news you need to know, with Chris Woods.

The Coalition and Labor are on track to pass the government’s controversial, world-first encryption bill, as parliament heads towards its final two sitting days of the year.

The Guardian reports that Labor has given in-principle support to granting law enforcement agencies access to encrypted communication, through a process Crikey’s Bernard Keane calls forcing tech companies to plant bureaucrat-designed malware onto computers and phones, in return for limiting investigative powers to “serious offences” as well as new safeguards. The opposition’s backflip on laws they had panned just last week comes as Attorney-General Christian Porter declares the “door is now open for a resolution” ($) on Labor’s anti-discrimination education bill, which the government hopes to amend with faith-based exemptions and will be debated in the Senate today.

FOI documents have revealed how a secret government body determined medical transfers for people in offshore detention and considered, amongst other issues, watering down medical standards, avoiding “close scrutiny” of a high profile case, and whether “compassion” should play a role in decision making.

Investigations by both the ABC and BuzzFeed have revealed that a task force comprised largely of senior Home Affairs bureaucrats, the Transitory Persons Committee, discussed removing references to the “Australian Standard” in healthcare contracts with private company International Health and Medical Services and considered “reputational risks” to the department as part of assessments. The news comes as Independent MP Dr Kerryn Phelps seeks support for streamlined transfers in the Urgent Medical Treatment Bill, and follows two damning reports into ongoing mental health crises on Nauru and Manus Island.

A getaway driver serving 20 years for allegedly killing a gangland figure will be the first convicted murderer to appeal over the Lawyer X scandal.

The Age reports that Faruk Orman, who pleaded not guilty and failed in previous challenges to the Court of Appeals and the High Court, will prepare a plea of mercy after being sentenced in 2009 to a minimum of 14 years over the 2002 murder. The news comes as the state government backs Commissioner Graham Ashton in the face of the royal commission.

I don’t think we’re profiting off the royal commission at all … there’ll be other issues that will be discussed.

The Assistant Treasurer strongly disputes claims a flyer promising donor access to “what ramifications may arise for the Finance Industry from the Royal Commission” is in any way exploitative.

“Informer 3838’s name is still unable to be published for legal reasons, though everyone in Melbourne even tangentially connected with the law, media etc, knows who she is. Anyone using the information in her published letter to The Age — such as her having a stroke in 2004 — can work out who she is. And of course the criminals inside and outside of prison sure as hell know who she is. So why isn’t her name circulating?”

No, Julia Banks is not a saviour for women, or anybody

“Not only do I have little in common politically with Banks and her magical suit, my fellows have little to gain from her neoliberal unconcern for the many. She is a former businessperson who believes her assets and CV were solely gained by hard work and that those who do not have these things were simply not trying hard enough. This view has all the contours of sexism. It is structurally identical to sexism. It’s no better than sexism for despising the poor instead of the female.”

“Under the new Nine regime for Fairfax Media, The Canberra Times will move back into Fairfax’s community media division and away from bigger mastheads The Sydney Morning Herald, The Age and the Australian Financial Review. Staff were told yesterday the decision was made by Nine (Fairfax’s new owner), and weren’t given an in-depth explanation as to why Canberra’s daily newspaper was moving back to a group with regional, community and New Zealand publications.”

Australia can’t run away from a carbon price any longer ($) — Warwick McKibbin (Australian Financial Review): “Climate policies being proposed by Australian politicians have become increasingly flawed because no-one is willing to countenance the idea of a price on carbon. In fact, the attempts to avoid the idea of pricing carbon have become so absurd that it now might be possible to start again with a design that is based on science and expertise rather than the nonsense that has passed as political debate driven by political cowardice.”

Destructive decision will disable Indigenous self-help ($) — Tony Abbott (The Australian): “Thereafter, there was always bipartisan support for the work local Aboriginal elders did as part of the FRC to tackle family dysfunction, to stop sly-grogging and to encourage children to go to school. Until now. Only it’s not the ­Coalition government in Canberra that’s pulling the rug out from under the FRC; it’s the Labor ­government in Queensland, which apparently thinks that ­restricting some of people’s welfare payments to the necess­ities of life is a ‘punishment ­agenda’ rather than an attempt by local elders to bring decent value­s to their communities.”

Tumblr crackdown needlessly suppresses women, LGBT community — Alice Clarke (Sydney Morning Herald): “As always with these kinds of crackdowns, innocent posts about people in the LGBT community are being flagged as ‘adult’ and hidden from view. This is what happened with the ‘safe filter incident”‘in February, when even some of my very SFW blog posts talking about my wedding to my wife were flagged as sensitive content. And, while pictures of heterosexual couples kissing aren’t being flagged now, two men kissing or two fully clothed women in a bed are.” 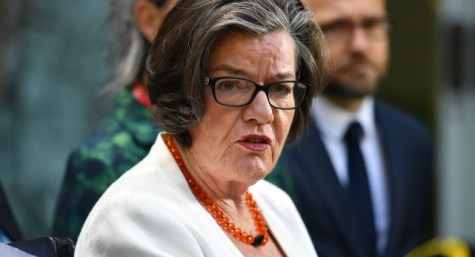 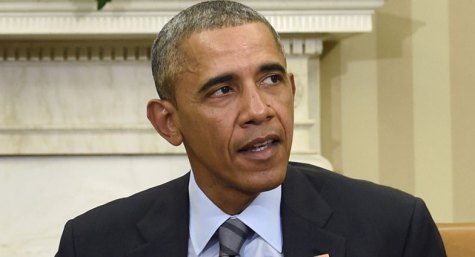