Students don’t just have a right to protest, they have an obligation

Readers took their time to rip into two particularly pressing issues over the weekend. The first was the government railing against Australian students walking out of classrooms to participate in climate protests. The second was on the government’s attempt to exempt themselves from their own anti-encryption policy (which readers found to be a troubling double standard, to say the least). Elsewhere, we received responses to our latest Crikey Deep Dive series, questioning the role of the ABC.

Klewso writes: These poor beknighted, selfish, brainwashed children — leading the way, only interested in looking after the world we’re going to leave them as a result of our political decisions? Why can’t they be more constructive and rally for Adani or something that turns a profit for donors?

Richard Shortt writes: If any group in society is entitled to stand up and demand action on the issue of climate change, it’s kids. They inherit the result of our generation’s actions. If we get it wrong (and I tend to think we are getting it wrong) they inherit challenges beyond many we have ever faced. Go for it’s kids. Demand serious thought, serious policy and serious acknowledgement of your right to demand!

On the government’s encryption double standards

zut alors writes: How many of our federal MPs are IT savvy? One suspects the majority of the older MPs are capable of doing a Google search and sending an email (possibly even with an attachment) but, as to bringing expertise to this proposed legislation, a seven year old would likely run rings around them. Politicians cannot possibly grasp the broad ramifications of this encryption malware technology which — like releasing a genie from the bottle — cannot be undone. Until recently a significant percentage of federal MPs were sufficiently thick not to know their own nationality — now this naive gaggle dares to play with fire by interfering with our last vestiges of privacy. Keep their mitts off the matches.

AR writes: The journos shouldn’t be too cute decrying the pollies exempting themselves from this latest power grab. I doubt that many here have forgotten that they soon shut up about the original metadata legislation that began this blindfolded race to the cliff edge when promised exemption for the sacred Fourth Estate. Wasn’t true, and neither will the pollies really be exempt — spooks are spooks and are a law unto themselves. They already have the means — give them legal cover and it’s goodnight.

On the ABC and climate change

Andrew Glikson, Earth and paleoclimate scientist, writes: For a public broadcaster repeatedly declaring, in the course of their programs, that they are “the most trusted news source” the following raises eyebrows:

Foxtel boss on the ABC 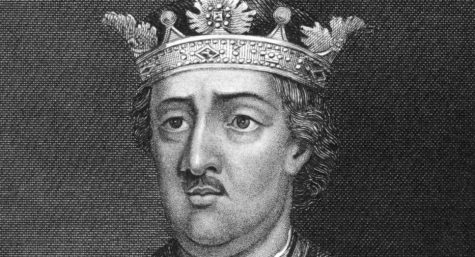 What do Malcolm Turnbull and Henry II have in common?