Climate change isn’t the only issue where students have lashed out against bipartisan inaction.

This week, thousands of high school students walked out of class in frustration at government inaction on climate change. The protests, which are part of a broader global movement of student-led action, have brought students across the country out in force to demand politicians take their future seriously.

Prime Minister Scott Morrison did not, however, appear to take the strike particularly seriously, predictably urging students to save their activism for the weekend: “We don’t want our schools being turned into parliaments. What we want is more learning in schools and less activism in schools”.

The Senate, meanwhile, was more encouraging, approving a motion to support the students’ strike.

The sense of visceral anger among high school students is understandable given the government’s apparent stubborn refusal to take climate change seriously. The most recent report by the Intergovernmental Panel on Climate Change found that if emissions continue at current rates, climate change will hit catastrophic levels — characterised by a marked increase in droughts, flooding, bushfires and poverty by 2040, when most current high schoolers will be in their thirties.

While the report’s authors called for urgent and unprecedented action, including the phasing out of coal-fired power, Environment Minister Melissa Price, who didn’t even read the whole thing, suggested the scientists got it wrong. Meanwhile, just this week, Indian company Adani announced plans to commence construction of its gargantuan Carmichael coal mine in central Queensland early next year.

A history of student protest

Despite Scott Morrison’s typically narc-ish pleas for kids to stay in school, students might be learning more by attending the protest — child psychologists argue that being involved might have mental health benefits, and provide them with important civic education.

Moreover, the PM’s response ignores the fact that high school students have a long history of involvement with some of the most important activism in Australia.

In 1970, high schoolers joined 200,000 demonstrators from pacifist organisations, trade unions, religious groups and other activists to protest conscription and Australia’s involvement with the Vietnam War. Involvement in distant foreign wars frequently galvanises high schoolers — in early 2003, hundreds ditched class to protest the impending invasion of Iraq, the largest such action in Australia since Vietnam.

In 2006, hundreds of students risked suspension to walk out in protest of the Howard government’s new industrial relations regime. The campaign against WorkChoices, which weakened unfair dismissal laws and radically upended Australia’s industrial relations framework, saw students and teachers united at the picket line, leaving schools operating with a skeletal staff.

In many ways, 2018 may be remembered as the year high schoolers became politically radicalised in an unprecedented way. Unlike past protests, where students marched alongside existing activist groups, the current wave of protests has been primarily driven by school students.

In September, 15-year-old Swedish student Greta Thunberg began leaving school to sit on the steps of parliament in Stockholm to protest against climate change. Thunberg’s lone strike soon mushroomed into the global movement which will hit Australian schools this year, including School Strike 4 Climate Action. 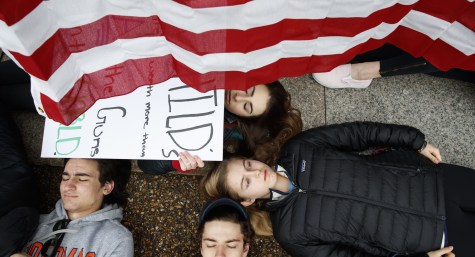 Why teens’ protests over US gun laws demand serious attention

Climate change isn’t the only issue where students have lashed out against bipartisan inaction. After 17 people were gunned down at a high school in Parkland, Florida this February, students from Marjory Stoneman Douglas High School tapped into a groundswell of public anger to lead the March for Our Lives rally against gun violence, which drew over 1 million protestors.

But such protests have also led to an increased willingness among conservative politicians and commentators such as Morrison to attack the kids behind them. Parkland students David Hogg and Emma Gonzalez were the targets of an aggressive right-wing smear campaign, which included Alex Jones accusing them of being actors, and Fox News anchors taunting Hogg over college rejections.

Meanwhile, Harper Nielsen, a nine-year-old from Brisbane announced she would no longer stand for the national anthem in protest of Australia’s historic mistreatment towards Indigenous people, quickly became the target of conservative vitriol, and a flashpoint in the culture wars.

Still, despite all the condescension and scorn, student protests are a reminder of the depth of public dissatisfaction with government inaction over issues of climate change and gun violence. The students, with their  optimism in the face of a climate apocalypse, make a stark contrast with a cynical political class happy to continue living with a deadly status quo. 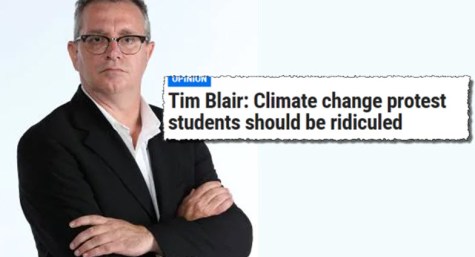 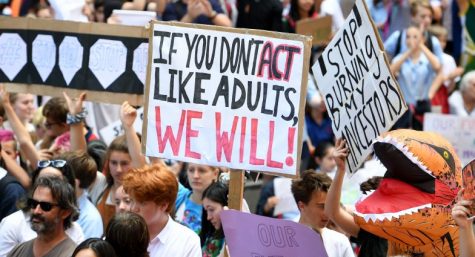 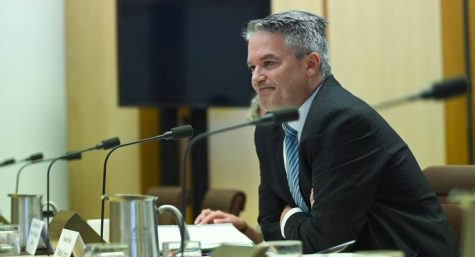 These poor beknighted, selfish, brainwashed children – leading the way – only interested in looking after the world we’re going to leave them as a result of our political decisions?
Why can’t they be more constructive and “Rally for Adani/Coal” or something that turns a profit for donors? …. At least then they’d get that Mozzie Limited News Party Government Tick of Approval?

Mature adults in the classrooms, petulant children in the Parliament.

Morrison, Canavan and associates showing again how in touch they are with the zeitgeist. Something is happening and they don’t know what it is; apologies to B Dylan.

The tradition of student protest has been stifled since the eighties when successive governments put students into debt peonage with that diabolical HECS. At last students are waking up.

Of course, reactionary right-wing ideologues such as Abetz and Morrison the Moron see it all as an excess of democracy. Just as the Democrats and Republicans saw the protests of the civil rights movements, the Vietnam war protests, and women’s liberation activism.

They are the ones who will really cop it with climate change, not the well off , mainly white, mainly male, mainly spiteful, mainly anti science, old bastards of the coalition.
The conservatives(?) only love money, GDP, coal corruption, jobs for the boys, being in the men’s party and ramming law and order down peoples throats. Their defendants will curse them.