Good morning, early birds. Adani has announced plans for the imminent construction of a scaled-back version of its Carmichael coal mine, Justin Milne and Michelle Guthrie renew their public stoush, and students in Sydney and Melbourne are expected to stage a walk-out in protest of climate change inaction. It's the news you need to know, with Chris Woods.

Indian mining company Adani has announced it will self-finance a scaled-back version of the Carmichael coal mine and rail project, with construction expected to begin “imminently” despite a number of continuing regulatory hurdles.

According to The Sydney Morning Herald, Adani’s new project will cost $2 billion, down from the initial $16.5 billion tag, and production will sit somewhere around 10-28 million tonnes of coal a year, down from initial plans for a 60 million ceiling. However The Guardian reports that construction still depends on Adani clearing management plans for groundwater-dependent ecosystems and the black-throated finch, as well as a royalties agreement with the state government. Both The Australian ($) and the ABC report that even a smaller project will open the floodgates for Australia’s last major untapped coal resource.

The ABC reports that Milne has submitted a largely devastating performance review of Guthrie, detailing a low “integrity” ranking and high score for “autocracy, arrogance, criticism and distance”, while Guthrie has reiterated Milne’s pressure over chief economics correspondent Emma Alberici and alleged the former chair spoke directly and without consultation to triple j staff about the station’s decision to move the Hottest 100 from January 26. Both will appear before today’s hearing.

SCHOOL’S OUT FOR CLIMATE

Thousands of students across Australia will today protest government inaction on climate change. Junkee reports that, despite tut-tutting from the Prime Minister, more than eight thousand students have expressed interest in Sydney and Melbourne’s “School Strike 4 Climate Action” rallies, with events in other capital cities and towns today to follow Hobart’s 1500+ strong rally yesterday and Canberra’s on Wednesday.

The protests comes as the Earth wraps up its four hottest years on record, an “unprecedented” heatwave creates both bushfires and bleaching risks across Queensland, and the World Meteorological Organisation advises we could see temperature increases of 3-to-5 degrees by 2100.

It has been a tough couple of days in CQ with the bushfires. Great news today though with Adani announcing they plan to start work before Christmas! Adani has been a little Aussie battler. So many have written it off but they just keep chugging along!

The Minister for Resources and Northern Australia packs at least three levels of irony into one very popular tweet. What Makes That Steer So Big? Cattle’s Mysterious Genes Interested in discussing these stories further, from steer puns to geopolitics? We’d love to meet you in our NYT Australia Facebook group.

“The right love a good conspiracy theory. Climate change is a UN hoax. Fluoridation is a communist plot. The international financial system is run by the Rothschilds. Gay transgender cultural Marxists want to indoctrinate our kids. Somewhere there’s always a sinister, shadowy cabal manipulating the course of events, providing both a target to rail at and expose, and — not that conspiracy theorists will ever admit it — the comforting sense that at least someone is in control and life is not a giant rolling lottery in an indifferent universe.”

Was this Labor’s missed opportunity on migrant welfare?

“Though the bill drew fierce condemnation from Labor MPs, the opposition reluctantly agreed to vote in favour after extracting some concessions (other payments such as parental leave pay and family tax benefits will be accessible after one or two years). Greens MPs have slammed Labor’s support for their bill as an indictment of their weak progressive credentials — all the more notable in a week where the government’s majority is particularly threadbare. So, why did they do it?”

“Wilson won her defamation case against magazine publisher Bauer Media in 2017 and was awarded record damages of $4.5 million. But despite the Court of Appeal lowering that payout, plaintiffs taking defamation action have enthusiastically embraced the option of including special or aggravated damages since Wilson’s case was first decided.”

Australia will be ‘friend and partner’ to US: Morrison

‘What do you have to do not to get a bonus?’: Banks face super fund slap over executive pay

Growing support for gender equality but some say women ‘exaggerate’

Major criminal convictions in doubt over conduct of informer X

Australia has much to lose if G20 is allowed to falter and fail ($) — Kevin Rudd (Australian Financial Review): “The establishment of the G20 at the Washington Summit 10 years ago was, as Wellington remarked just after defeating Napoleon at Waterloo, a near run thing. It could just as easily have been a radically different result. Indeed, once again it was the French, this time under Sarkozy, who had campaigned hard in late 2008 for a G12 or at most a G14, rather than the wider grouping, and one that would have excluded Australia from the world’s top economic table.”

Plan to fight jihadis online, as well as on the ground ($) — Andrew Hastie (Daily Telegraph): “The Bill does not allow our security agencies to decrypt the messages of innocent Australians, nor does it allow the building of backdoors into encrypted communications. It isn’t interested in harvesting mass data on Australian citizens, as some have falsely claimed.”

Green is the new black: how renewables and storage will replace coal — Dr Lachlan Blackhall (The Age): “Another favourite buzzword of this debate, ‘dispatchable generation’, simply means that you can obtain energy exactly when you need it. Conveniently, energy and battery storage is perfectly capable of responding nearly instantaneously to deliver energy on-demand to support both energy reliability and energy security.” 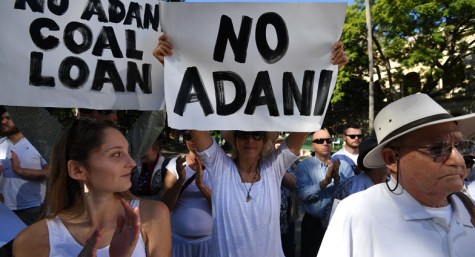 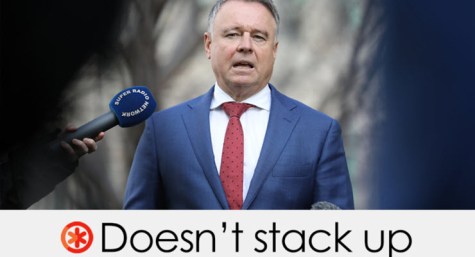 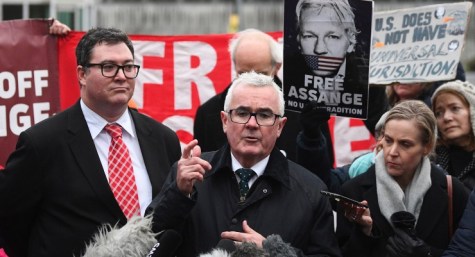 Re the “Adani announces scaled-back Carmichael mine” article

IMHO, the only acceptable Adani announcement would be the one where they scale back the proposed mine 200%, where 100% represents cancelling it altogether, and the other 100% represents remediating the damage to the environment they have already done.

All the best, cheers and enjoy.