The government has been in ABC attack mode since 2013, the same year it promised in opposition there would be no cuts to the ABC.

The furore around the projection of horse-racing images on the sails of our Opera House last month and the prime minister’s response in describing our World Heritage listed icon as our biggest “billboard” gets you thinking. Why stop there? Why not stick the racehorses on Jackson Pollock’s Blue Poles like carousel ponies? If it’s OK to project ads on the Opera House, is anything safe?

The Coalition’s savagery towards the ABC is consistent with this cultural disregard. Since they came to office in 2013 our national broadcaster has been subjected to continual crisis. Slashed budgets, government shaming of individual journalists, constant reviews and inquiries and a vote passed at the federal Liberal Party conference to privatise the ABC. They have made no secret that they have as much disregard for the ABC as they do for our world heritage Opera House.

The 3-year ABC indexation freeze imposed in the May 2018 budget, which was in effect an $84 million hit to the ABC budget, came on top of Joe Hockey and Tony Abbott’s $254 million funding cut in the budget four years earlier. Within the ABC’s current $1.1 billion budget — around 30% reportedly goes to transmission costs — a huge amount that is fixed, expensive and likely to increase as digitisation increases.

We now know the Communications Minister Mitch Fifield makes appointments to the ABC board contrary to the independent recommendations of the merit-based nominations panel. We know the government appointed a personal friend and former business partner of former prime minister Turnbull to head up the board. We know that chairman then attempted to impose career retribution on journalists who wrote stories he thought might offend the government.

Leaked documents make it clear the chairman believed the government would further cut funds to the ABC or worse if the managing director did not act against those journalists.

A thousand jobs have been cut already and the staff that are left live under constant change and the persistent threat of redundancy.

The government has been in ABC attack mode since 2013, the same year it promised in opposition there would be no cuts to the ABC.

You have to ask why it can’t just let the ABC get on and fulfill its charter obligations. Those who seek to provide high standard broadcasting that contribute to a sense of national identity; to inform and entertain and to reflect the cultural diversity of our community. The charter calls for educational and digital services and promotion of the musical, dramatic and other performing arts.

Under such sustained pressure the ABC has emerged downsized and unable to fulfill its charter. The high quality Radio National is a shadow of its former self. The innovative arts, specialist skills and crafts have slowly morphed into a big national newsroom. Regional content and program making has decreased despite a moderate increase to regional journalist staff. Specialist camera staff are replaced with video-journalists. Change is based not on charter obligations but on perceived changes to audience demand. Code for ratings.

Around half of the ABC’s staff are based in NSW — TV production units outside Sydney and Melbourne, particularly Hobart and Adelaide have been axed. Spots for localised stories are diminishing, replaced with centralised networking and program sharing. Audiences have started to notice the repeats. Radio and television divisions born in the 1950s have now been replaced by “content” platforms across all media.

Decisions at the ABC are no longer charter-based or artistic — they are economic.

Australians are beginning to tire of news stories that are really advertisements in the commercial media. They still trust the ABC and the community are with our national broadcaster. It doesn’t have sails to advertise a horse race on, but it’s pretty clear that the government sees the ABC too as a big billboard that needs to be put in its place.

Repairing the damage to our national broadcasting icon will take significant budget repair, it will take a government that believes in the charter as much as the ABC staff do, and it will take an acceptance that the ABC’s contribution to our community can’t be measured as a percentage of GDP or in monetary terms. The ABC inspires, educates, informs. It unites us as a national community and makes us aware of each other’s ups and downs. It unleashes our compassion, our appreciation of the arts, it gives us our sense of “Australia” and it gives us pride in ourselves. You cannot put a dollar value on any of that but it’s a grand investment in “us”.

I have often said in speeches that we live in a society not just an economy. And that pretty much sums up the challenges we face in defending our cultural icons, especially the ABC.

Wayne Swan is the national president of the ALP and a former treasurer of Australia.

UPDATED: Around 80 jobs to go as ABC rejigs foreign coverage 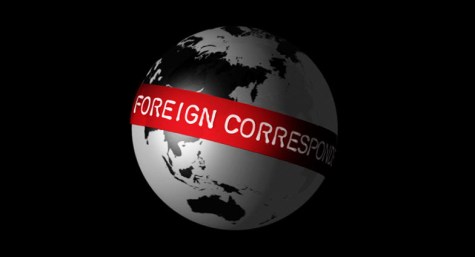 ABC’s Foreign Correspondent heaves under the weight of cuts

As Commercial Television becomes more and more Americanised, the ABC is the last bastion of Australian culture. It has been observed that Radio National is a shadow of its former self, yet to my mind it is a wealth of informed comment and intelligent reporting. What other medium provides regular popular science stories and to the depth that RN does. I dread to contemplate a world without Robin Williams “chairing “ discussions of current scientific developments. Or Ann Jones bringing us stories from the Australian bush. I think that devotees would even be prepared to do crowd-sourcing to keep Our ABC.

You’re not being a tad hard on them?
I mean, being the annointed ‘Born to Rule’ class that they are, I wonder if they haven’t simply developed a hyper-inflated ‘sense of entitlement’ …. not to be criticised or scrutinized? That they feel they should be left to their own self-gratification under that ultra-conservative coverlet of theirs?
Sure Labor and The Greens (and anyone else who crosses Murdoch’s line) are used to inquisitioning and speculation, and have learned to cope/cop it sweet, from the likes of Rupert’s ‘After Dark Australian Gothic’ TV show, rag-empire and the likes of their parrot radio dependents – but not this mob.
It’s only natural selection, that when the ABC asks the odd ticklish question, to find out ‘what’s going on?’, that this mob would be wanting to strangle and emasculate that source of their discomfort? Is it their fault that their ideological in-breeding has led to such a fetid and shallow, self-serving gene pool of policies that sucks to the alt-right? That they’ve drained the flow of their own liberal ideas – and been left this morass?

Well said Klewso, and I have to congratulate Crikey for having at least one decent contribution to this rather under-whelming series…..

What a nice little illustration of that biased Murdoch dogma – an “alternative” – “advertised” (in case we didn’t know where to find such chronically unbalanced, one-sided, guff if we needed) tonight on The Dum?
Murdoch Muppet Morrow from the Teletrash – whining about the disproportionate influence of “lobbyists and their (partisan/dodgy) research”, in this case the ACCI into immigration/population?
Morrow???? “Opinion editor” out of one of Murdoch’s papers – the biggest lobbyist in Oz?

“You have to ask why it can’t just let the ABC get on and fulfill its charter obligations. “ No Wayne we don’t need to ask, we know it’s a heady mix of lazy ideology and following IPA orders. We’re pretty sure who’s behind those IPA orders but how about you promise to lift the pit cover on that drain when you take over ? Right after you’ve rolled back all those secrecy enshrouded police state laws you’ve waved through in the past five years. And of course after a restoration of ABC funding. Actions speak louder than platitudinous words Wayne. Ask Victorian voters.

Maybe the ALP could now see the Greens as allies and NOT the enemy,they could have been much better in opposition than they are now when they prefer the LNP to Greens at election time ?
I am English born and can see no reason why we do not have a license for those who want to watch quality programs.Murdoch obviously is still swing his mallet and politicians are jumping higher.
Another issue for Labor is one not well thought through is that Shorten was the Invisible man who axed heads of elected P.M’s and there is no way I will vote for him.Maybe others have that same sentiment?