The ABC should be more focused on setting the political agenda

If the ABC is to become the central media voice and a cultural agenda setter, it must let go of an old idea of the ABC.

As the ABC evolves to the central Australian media voice, it finds itself caught between the nostalgia of its friends and the animus of its enemies.

Right now, only the ABC (and perhaps SBS) has the business strategy to build an Australian voice that can compete with the local franchises of global media players.

The demand for content (and the expectations of the quality required to meet that demand) has outstripped the commercial viability of producers of Australian content at the scale required to compete with the gushers of offshore (read US) material.

In Australia, there’s a long tradition of what we do when local culture can no longer be commercially supported: the government steps in. Now the entire market model for Australian content — news and information, drama and light entertainment, recorded and distributed music — is struggling as advertising pivots to social media and commercial media have to manage on lower income from reader or viewer revenues.

That’s the opening for government-funded public broadcasters — the ABC and SBS — to evolve into the main multi-platform source of Australian news and current affairs, for Australian drama and for Australian music. 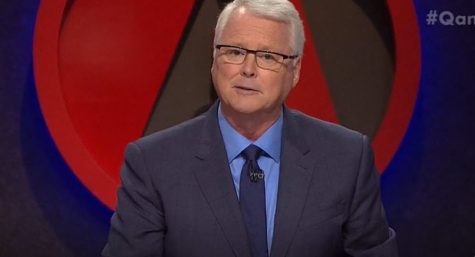 Why every last dollar must go to ABC’s investigative journalism

Being the central media voice is about more than sheer volume. It means being the cultural agenda setter. The public broadcasters have long played this role in drama (as far as funding has allowed). But in news, the ABC has been more cautious.

It leads the way in mainstream reporting over a range of subjects (rural affairs, health, education, science, foreign news). Its charter obligations to balance provide an ethical ballast that shapes the entire Australian news culture.

However, deeply ingrained in the ABC news culture is a deference that allows governments to set the political news agenda and, at times, News Corp to determine what is “news”.

To evolve, the ABC and SBS will have to adapt to be where Australians are heading, not where they once were. This means adapting to the platforming of distribution, recognising that broadcast is just one distribution channel. For example: streaming, currently restrained by the technological limits on iView and Australian broadband.

Project Jetstream — the baby of former chair Justin Milne — was a stab at a big ticket technological fix to this particular problem.

The ABC also needs to adapt its news — both in content and in workforce — to the growing diversity of Australia. The brouhaha over Four Corners Bannon interview uncovered just how far it still has to go.

Not so in drama. The ABC has followed SBS in making progress in drama, partly due to the outsourcing of production. Potential conflicts of interest means this has never been an appropriate model for an independent ABC news service.

A proactive diversity agenda seems the most likely way for the ABC news to break free of its history of institution follower to become the sort of news agenda setter that some of the big Four Corners investigations have shown Australians expect it to be.

The ABC debates show its enemies (particularly in News Corp) understand the broadcaster’s opportunity, perhaps better than do the ABC’s friends. That’s why there’s a push to constrain ABC and SBS to 20th century free-to-air broadcast radio and television, currently being played out in the government’s so-called competitive neutrality review and in the budget announcement of a further efficiency review.

At the same time, they want the ABC to be perceived as a voice of the left, rather than recognise its traditional role as a public square for debate. This opens up a privatised space for an Australian Foxified voice for the right.

Too often the ABC’s friends find themselves aligned with the organisation’s enemies when they serenade the ABC with the words of the Elton John hit: “I love you just the way you are.” Or perhaps: “the way you were last year”

Social media during the Guthrie-Milne saga was full of criticisms from friends (including some staff), ranging from the failure to bring back a state-based 7.30 through to the early evening scheduling of Doctor Who. More than a few staff bought in with their own gripes.

There’s a real strength to that passion. But that passion can’t be misapplied to a hazy nostalgia that prevents the ABC from evolving as the central Australian media voice.

Redefining the role of SBS in the digital revolution 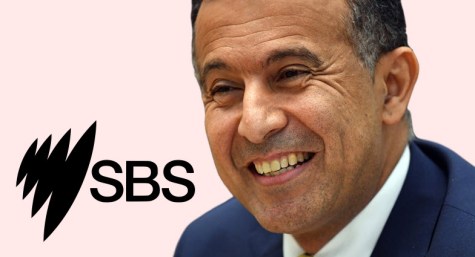 Pretty sure that was a Billy Joel song.

That was definitely Billy Joel.

They seem more distracted by Murdoch and this government’s “Persuade News” duet?

“Well, it’s one for the money
Two for the coal.
Three to get ready
Now kick an own goal.
But don’t you,
Step on my persuade news.
Well you can do anything
But lay off of our persuade news ….”

The ABC is an agenda-taker. For example, it has long annoyed me that ABC News Breakfast reviews the daily papers allowing Murdoch to get his campaign agenda onto the ABC. There are enough alternative publications out there (like Crikey, for example) that could be promoted instead of more of the dull same. Then Leigh Sales and 7.30 is generally collaborationist. Time to turn off the tele I reckon. Or in fact, I already have.

I suggested this sort of thing the other day. The future beckons with the chance to make the ABC a proper online cultural powerhouse in its own right as ad based media declines. It must however get through a poisonous period when that dying media will ramp up their attacks.

There’ll be plenty of opportunities spring up for others too once the space is opened up.

There is so much attention on the most recent, egregious attacks on the ABC – gelding, defunding, board stacking, vexatious complaints and political pressure etc – that it is forgotten that the rot started under HawKeating.
The glory days of ABN2 – news, comedy, drama, docos. and science – were never replicated by the commercials.
However, the real Jewel in the Crown of ABC was radio – 2FC in NSW – which suffered under David downHill from his aping of Thatcher’s BBC Birtism and became RN.
Weekends were an unending feast of poetry, drama, literature and intelligent discussion most of it in-house (though the BBC was a natural source). and this continued until the mid 80s.
Such programming would be unthinkable now and we are the poorer for it.