How much should the ABC be investing in Australian arts and culture?

The ABC really is Australia’s most important cultural institution. But is it meeting its charter responsibilities to the arts?

The ABC matters, we are told, because the national broadcaster is Australia’s “our most important, single cultural institution,” as former chair Jim Spigelman argued in a 2012 speech.

The phrase has been bandied about a lot since the Guthrie-Milne implosion, so it’s worth asking whether the ABC really is as important as the hyperbole assumes.

In budgetary terms, the ABC represents the largest single item of federal cultural expenditure. At $1.043 billion this fiscal year, the ABC’s appropriation is bigger than SBS, the Australia Council, Screen Australia, and all of the national museums, galleries, libraries and archives combined. The ABC’s reach is unrivalled for a public agency, getting to 70% of the population in any given week. 75 years of public broadcasting have also given the ABC a vast reservoir of public trust, one of the qualities in shortest supply in the current era of post truth, fake news and democratic decay.

But it’s also worth asking to what degree the ABC is meeting its charter obligations towards culture.

This is an important question, because the siege mentality within the ABC has resulted in a contraction and consolidation of the national broadcaster’s remit. The attrition of specialist content, the obsession with audience metrics and the sand-bagging of the Newscaff fortress have all contributed. As a result, much of the interesting arts and cultural content that once made the ABC so distinctive has faded. 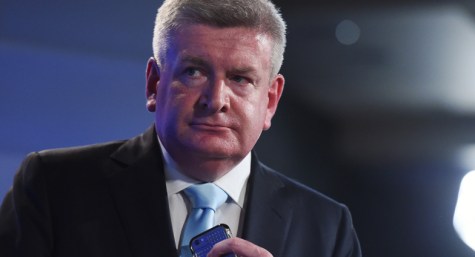 Beyond Aunty’s undoubted strengths in contemporary and classical music, the ABC’s commitment to drama and to the arts more generally is eroding. In 2016, the ABC broadcast just 32 hours of first-release arts programming on the television channels; its current arts magazine show The Mix has been uneven and at times disappointing.

The arts page on the ABC News site reveals a patchwork quilt of coverage that is a mix of throwaway pop culture, industry news and the occasional in-depth story. Like a lot of ABC coverage, it’s broad, but often shallow and unfocused.

Drama and documentaries are also undoubtedly suffering, as former ABC executive Kim Dalton has argued. The glory days of the late 90s and 2000s are now long gone, and there appears to be precious little ABC drama in the pipeline. First-run drama fell to just 49 hours on the main channel in 2016-17, with an added 34 hours on the multi-channels; this is well down on figures from a decade ago. Even critically acclaimed and successful shows like Cleverman have not been renewed. Dalton and many in the screen industry remain deeply pessimistic about the future of the ABC’s investment in Australian drama.

Perhaps even more alarmingly, a lot of ABC arts content has disappeared in recent years, including eleven years of At The Movies with David Stratton and Margaret Pomeranz and the entire ABC Arts online portal.

The disappearance represents thousands of reports, reviews and critical essays, including Stratton and Pomeranz’ reviews of hugely important Australian films as Warwick Thornton’s Samson and Delilah. Some of those were the only reviews of small-budget Australian features on the public record. Key articles and reviews from noted Australian critics Alison Croggon and Dan Golding have also vanished, apparently into the netherworld of the ABC digital archives. This includes important reviews of major plays, as well as an influential statistical report with Jane Howard on the state of Australian theatre.

There are some small but encouraging signs that matters are turning around. An internal review of arts coverage in 2016 led to recommendations to improve arts coverage and to create (or recreate) a proper arts portal that could house all the network’s cultural content. In response, the ABC hired veteran arts journalists Michaela Boland and Dee Jefferson, who have started to beef up the ABC’s cultural journalism.

In September, Boland broke an important story on an extraordinary decision by New South Wales Arts Minister to divert funding from a small grants scheme directly to the Sydney Symphony Orchestra. Zan Rowe’s recent work investigating gender issues in the Australian music industry is also a highlight. But the return of the ABC Arts portal is yet to eventuate. Perhaps this is a job for the much-ballyhooed Project Jetstream.

The tragedy — but also the opportunity — of the current moment is that nearly every socioeconomic trend points in the same direction: more funding, and a larger and more capacious public service media.

This is doubly true of the ABC’s role in Australian culture, which is at once historically central and currently diminished. Tantalising visions loom just over the horizon: a public social network? A genuine national digital newspaper? A revitalised cultural presence, embracing new generations of talent? Some decent new drama, even?

Culture employs more Australians than mining or agriculture, and deserves better coverage from the ABC than this. Specialist cultural content has often been a jewel in the ABC’s tiara in the past. Although it’s tough to blame a besieged Aunty for not doing better, the hard truth is that its charter obliges it to.

Now is a good time for the ABC’s board and new managing director to be reminded of that.

If the ABC really cared about the arts …

Outsourcing the arts at Aunty: the problem with commissioning

A timely reminder to all so-called “journalists”. The ABC Charter makes only a passing reference to “news” (only as one of the things to “transmit to countries outside Australia”, yet most of the discussion about the ABC (not surprisingly led by so-called “journalists”) is almost exclusively about this one small aspect of the ABC’s role. The Charter does, however, require the ABC to “inform and entertain” and “to encourage and promote the musical, dramatic and other performing arts in Australia”, which, as this article points out, it is woefully not doing. The downfall of the ABC as a genuine cultural organisation started at the end of the last century, but accelerated in 2010 with Mark Scott and Kate Torney’s ridiculous vanity decision to attempt the implementation of a supposed 24-hour news channel without adequate planning or funding. The resulting “re-allocation” of money from every other department has meant the wholesale slaughter of anything else on the ABC, including the arts. It’s about time so-called “journalists” turned their attention from berating “the government’s” role in this funding problem and started concentrating on the internal allocation of that funding. Unfortunately, vested interest has so far prevented that from happening and will probably continue to do so.

Surely arts programmes such as At the Movies or reviews and interviews about books, visual arts exhibitions etc can’t be too expensive to produce, yet give pleasure to many?

Funding comes and goes. What gets made is always about priorities. There’s a bit of last on, first off mentality too.

This ‘deep dive’ series is more splashing in puddles.
The problem of a subverted and crippled ABC is not complex and the solution is simple.
A budget upon which some long term plans can be made by board who are not political plants or afraid of vindictive governments and mendacious commercial moguls, staff who know what they are doing and more importantly WHY they are producing content of value rather that drek.
Simples.

Let’s face it. Destabilization of the ABC was started by lazy/ greedy media moguls who decided it may be easier to destroy it politically than through fair competition.
The least attractive and more slogan driven of our pollies took up the challenge with relish.
Claims of political bias has been the greatest furphy of all, depressingly reaching its peak under a leader who everyone expected to be just a little more enlightened (MT).

There has been a decline in Arts appreciation in Australia which almost certainly has been assisted by a steadily decreasing ABC arts budget.
Have always believed, especially given Australia’s unique population/geographical problems, that their is an essential role in Arts promotion, Arts education, even general education for a genuine national public broadcaster with population penetration that is unequalled by others.
A penetration the others will never ever try to equal, because they are too lazy and greedy?