Harry Leslie Smith, the voice from the abyss, silenced

Til his last, Harry Leslie Smith was shouting from the abyss, reminding us just how much unnecessary suffering there had been, the filth and the hate of it.

So Harry Leslie Smith is dead then. The 95-year-old firebrand speaker and activist was taken by pneumonia, after tweets of his condition, by his son John, turned into a global online vigil, a mass outpouring of love and solidarity.

From his Twitter account — @harryslaststand — he had spent five years telling of the abyss he had been saved from by all that we were losing, and blasting out an attack on the new forces of wealth, inequality and war. He was still doing it a week ago, ending as he began, in his 90th year, when he rose to improbable fame, speaking at the 2014 UK Labour Party conference and asking the simple question: why were we letting all that had been achieved in the post WWII years simply be thrown away; our resistance sapped by years of Blairism, “Big Society” Toryism, and a general air of defeat?

I remember that speech, televised; this small old man, in a mildly tweedy suit, glasses perched on his nose, roaring out his message of resistance, without rancour or recrimination to the young, but with that simple question, “why?”. On me, on many others, the effect was like being snapped out of hypnosis. What had we been walking through, half-awake?

From that, with a book — Harry’s Last Stand — and Twitter, he never let up, touring the UK and the world to rally those beaten down by defeat and stagnation. His story was extraordinary, but only by being so ordinary for many of his age, those last to remember the world before the war. Born in Barnsley, Yorkshire, in 1923, Smith wrote two memoirs he self-published in the 1990s, telling the other side of robust Depression stories, one of sheer despair: a father who simply buckled under the pressure of poverty and died, a mother beaten down by sheer exhaustion, a 10-year-old sister with tuberculosis, sent to die in a grim charity hospital.

His was a voice from the abyss, a reminder of just how much unnecessary suffering there had been, the filth and the hate of it. Telling of becoming a market barrow boy at 12, he left you with no comforting illusion of clog-dancing and poor-but-happy times. He and everyone knew they were being offered nothing more than bare life, for their whole life.

The war changed everything; he became an RAF pilot, met his wife in Germany — daughter of an intellectual socialist family — found a world of books and ideas. They moved to Canada; he had a steady job as an Asian carpet importer for a department store. He wrote the memoirs when his wife died, and in 2013, a piece for The Guardian about why, on Remembrance Day, he would no longer wear a poppy, how it had now become a recruitment device for the next war. From there he was invited to speak to Labour…

And the rest is not merely history, but History. His indefatigability, his relentless energy, his absence of rancour, his interest in the present made him the one who was those values, was that fight. That he could take to it so readily — on Twitter he was pithy, sharp when need be, generous, always ready to hit back — was the cause of some suspicion, initially. Was he really doing all this, or being used, in that bone-stripping English way?

The question became so insistent for me, that I went backstage at one of his appearances — a multi-speaker victory-turned-wake after the surprise 2015 Tory majority victory — to introduce myself, see what the score was. He was even smaller than he looked onstage, energy brimming, a post-tubthumping grin across his face, discoursing on what the Tories would likely do next. There was no doubt his tweets, articles, books were all him. I put my fat paw round his bony hand, we talked a little. I told him, as thousands had told him, how he’d knocked me out of a torpor, of being beaten down.

It would be impossible to overstate how influential he was in the left revival in Britain over the past five years. His final illness came during an extended world tour of refugee camps. There are places where there are times when one human stands for all humanity. Harry Leslie Smith was that, then, there — his life and work attesting that the abyss may stare back, but can be stared down. 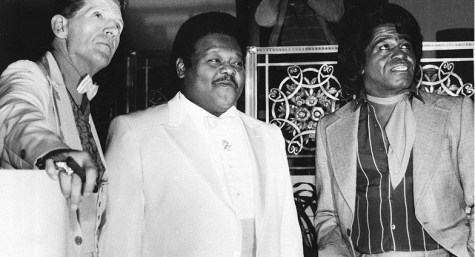 Rundle: Fats Domino is gone and there won’t be another like him 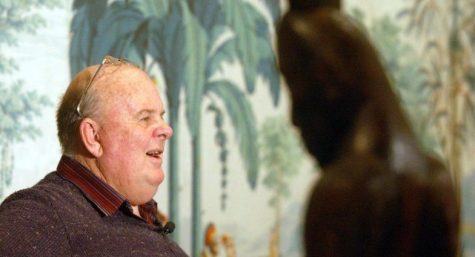 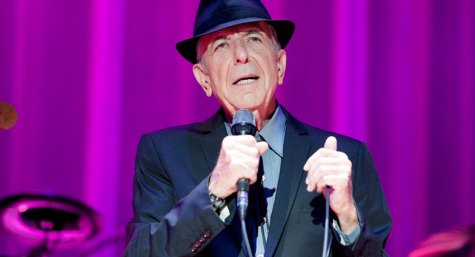 Rundle: without arrogance, or even temper, Leonard Cohen summoned transcendence

Beautiful eulogy Guy. May the light from his life and words continue to shine and show us a better way.

great piece made me cry actually he reminded me of my Dad who passed away 5 years ago like Harry my Dad was one of a kind I hope his legacy lives on to inspire new and great things for everyone.

Ditto Hazel,
My Dad who passed away 3 years ago. Like your Dad and Harry, was one of a kind, the likes of which I won’t see again.
Having served in the Navy during the Second World War, he became quite disheartened, lamenting in his later years of seeing the egalitarian society that he and Mum( Army) fought for, “white anted from within ” by a succession of governments since Whitlam.
We as a community and society are the lesser for rejecting their wisdom in railing against greed and self interest, as opposed to a fair and just society where private affluence could have been harnessed in forming policies to prevent the public squalor we are now witnessing.
I admire your optimism Hazel.
Well said Guy.