Actor Craig McLachlan’s colossal claim for special damages against the ABC, Fairfax and others is the new norm for defamation cases in Australia, thanks to the Victorian Supreme Court’s decision in last year’s Rebel Wilson case.

Wilson won her defamation case against magazine publisher Bauer Media in 2017 and was awarded record damages of $4.5 million. But despite the Court of Appeal lowering that payout, plaintiffs taking defamation action have enthusiastically embraced the option of including special or aggravated damages since Wilson’s case was first decided. 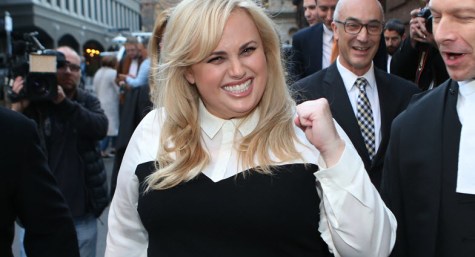 There is a statutory cap on damages of $389,500, but statements of claim can can also include special damages for specific economic loss and aggravating behaviour by the defendant.

Lawyer Sam White is a senior associate at Minter Ellison, which represents news outlets including Fairfax (and Crikey). White told Crikey that since the Wilson case, special damages had gone from a rare appearance on defamation claims to being part of the majority of claims that came across his desk.

Wilson was awarded $3.9 million for economic loss (in addition to $600,000 for non-economic loss) that the court found she was entitled to for missing out on several film roles. But the Court of Appeal found this ruling excessive and reduced her payout to $650,000, and Wilson was refused leave to appeal to the High Court. The original payout was the highest defamation damages in Australian history.

Before this case, White says, it was rare for a court to find that the publication had been directly responsible for economic loss: “The rule of thumb was it’s very difficult for a plaintiff to show that one specific publication or group of publications was the cause of them losing economic benefit. Like with Rebel Wilson, it could’ve just been that she wasn’t a very good actress.”

Now, McLachlan is seeking $6.5 million, a court heard this week, and he’s not alone.

White said McLachlan’s claim was part of a “new phenomenon” in the wake of the original Wilson decision, with plaintiffs seeking millions of dollars in their statements of claim against his media clients — he’s seen one claim for $14 million.

But most defamation actions settle outside of court, and the true effect of these increasingly large claims won’t be seen publicly.

“What we don’t see is what happens behind closed doors in terms of settlements and the money that changes hands,” White said. “The reality of the way that large organisations treat and manage risk is that, if they have a claim for $6 million outstanding, they’re going to be a lot more likely to resolve that for something in the realm of $100,000.”

“What’s very difficult to measure is the effect the inclusion of special damages claims on the money that’s paid as part of a settlement,” he said. “It could be that the claim has some legs, or more simply that a large special damages claim is perceived as an unacceptable risk.”

And for now, it’s likely that these claims will continue until a few have gone through court and been knocked back by judges, or there is law reform.

“All these cases can take years from start to finish — it might be if the trend is to be bucked by way of judicial intervention, that won’t be for some years,” White said. For example, the Geoffrey Rush case against the Daily Telegraph — which was brought after Wilson was awarded her damages, and includes a special damages claim — is awaiting until next year for a decision from the Federal Court. If Rush wins, there will then be further hearings and a further decision on any damages.

“At the end of the day, if we’re going to have a truly free press, risks associated with defamation claims shouldn’t be a major factor in making these decisions,” White said. “The more these trends continue, the greater these factors will bear on decisions about claims and settlements.”

As Crikey has reported previously, defamation law is in need of reform, but that is not likely for various reasons — it would require agreement between federal and state governments, as well as a political will to change it. 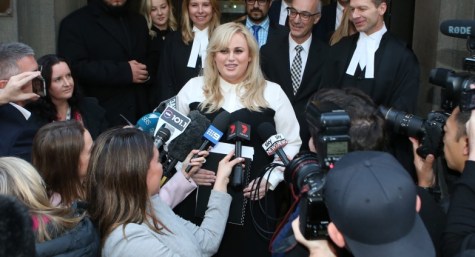 fancy having to tell the truth or face consequences…. the media reaps what it sows.
Sensationalism and innuendo are the norm in all media, perhaps a motion towards more facts based reportage and analysis might be the way to avoid court and increase reach ?

Quite so Ng and perhaps this also applies to people making vague, unsubstantiated but very career damaging accusations in the metoo era. In the absence of other recourse this legal avenue is likely to flourish.

I’ve no idea and no opinion about whether Rush or McLachlan did what has been salaciously splashed about but it’s still as true as ever that mud sticks and it’s not like either have been accused of an actual serious offence which would be quite a different matter.

In the Rush case the complainant clearly wished the matter to be dealt with discretely in house. I’d suggest that whoever decided to breach this privacy and leak the story should be at least partly liable should damages be awarded.

A pity that “the greater the truth the greater the libel” still holds in this jurisdiction – as Kate McClymont found out when Obeid won damages for her entirely accurate reportage.