Crikey discuss the plight of Scott Morrison's Liberal Party, the myth of public-private partnership efficiency, plus a note from "preference whisperer" Glenn Druery.

As Crikey readers stand by and watch the HMAS Liberal Party take on water at an alarming rate, many are wondering if things can really continue in this manner — could we be witnessing the end of the Libs as we know it? Elsewhere, readers dug into the ongoing debacle of Sydney’s Northern Beaches Hospital (and the larger problem of public-private ideology), and Crikey receives an important note from “preference whisperer” Glenn Druery (whom Guy Rundle “profiled” yesterday).

On the Liberal Party’s decline

John Hall writes: I hope the Liberals do nothing — their decline and fall will be the chance for later renewal or not. They have had many chances to reform and have instead continually undermined themselves with the delusion that they represent their dwindling “grassroots” that are actually out of touch with mainstream Australia.

Persistently Baffled writes: Perhaps it is time for it to go. Were it to split into a Christian conservative party and a liberal party, they could still form coalitions, but the rules of compromise would be much more explicit and well understood. There is no shame in a party splitting or folding; Menzies left the UAP to form the Liberal Party. It’s hard to see anyone with that degree of talent or wile on the right side of Australian politics, but leadership of drastic and dramatic renewal is required. More of the same will give us more of the same.

On the long-running public-private hospital problem

Vincent Matthews writes: NSW state government has exacerbated the problem by virtually closing Mona Vale Hospital at a time when population in the region is growing. Getting to “Frenchs Forest Hospital” (the hospital is NOT on the Northern Beaches) from Northern Beach towns like Avalon and Palm Beach and Mona Vale via the congested Wakehurst Parkway is a nightmare. This isn’t just about privatisation, but of life and death. Don’t get sick on Northern Beaches. It’s too far to a shambles of a hospital anyway.

Hunt, Ian writes: Perhaps the history of public-private partnership ideology is less well known than it should be. Back in 1957, two economists constructed a model of an economy in which government was responsible for the least activities possible. In this world, there was perfect competition, buyers knew what they were buying and sellers knew what they were selling. In this world, Adam Smith’s idea that competing private owners could do most for the public good was true. With a suitable delay, ideologists, starting with Reagan and Thatcher, came to believe it.

Now, this was nonsense, and economists and bureaucrats should have known it. Sellers do not know all about what they are selling, buyers do not know much at all about what they are buying, and competition is limited. Private owners are interested in profit and only in efficiency if they have to be efficient to make a profit. To some extent, private firms can run transport efficiently. But hospitals? That’s nonsense. 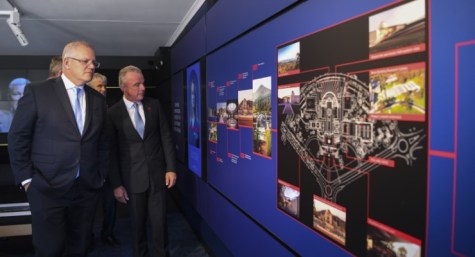 With a Little Bit of Luck, yes.