The government is trying to avoid parliament sitting as much as possible before next year's election. That's partly because it has nothing for parliament to do.

Imagine if you could knock off next Thursday and not come back from holidays until mid-February. More than two months to kick back and enjoy summer. That’s what the government’s proposed sitting calendar looks like for 2019: parliament isn’t resuming in 2019 until February 12. This year, they started a week earlier; last year, on the February 7. In 2016, even earlier, on the February 2. Parliament usually comes back from summer in the first week of February, once the rest of the country has marked the end of the holidays and the kids go back to school. Next year, the kids will have been back more than a week by the time the pollies reconvene in Canberra.

Of course, being an election year, in which whole swathes of sitting weeks will be wiped out by the dissolution of parliament, you’d think the government would want to cram more sitting time in at the start. But no, even without an election, the sitting calendar is a week shorter than the usual length of 19 weeks.

Now, I hasten to add, most politicians aren’t putting their feet up for two months over summer. House of Reps MPs have a full-time job in their electorates. Ministers and shadow ministers have a full-time job on top of their electoral jobs. Backbenchers who chair committees will have hearings to conduct, submissions to read, meetings to attend. Most politicians, especially Reps MPs, work their bums off, especially if they represent a large electorate that requires regular travel. But that sitting calendar sends all the wrong signals about politicians to an electorate more convinced than ever that the political system doesn’t work for them.

Labor’s charge against the government is that it is running scared, that because it is now deep in minority, it is trying to minimise the amount of time it can be embarrassed on the floor of parliament or even thrown out altogether by the simple expedient of Parliament not sitting. That’s true, of course. But the other problem is that the government simply doesn’t have anything to do. Its legislative program is thin, and much of it is “non-controversial”, i.e. uncontested, or has been abandoned because the government can’t get bills through parliament. This is particularly obvious in the Senate, when the government will stretch out debates even on non-controversial legislation, with backbenchers drafted in to, in effect, filibuster through to the end of government business. With the loss of control of the House of Reps, getting legislation through there will also become more difficult.

Hopefully voters agree with the old adage “that government is best which governs least”. 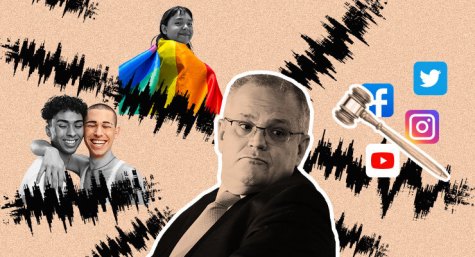 The work ethic of this Government is evidence that the levers of the economy are almost completely in the hands of the market. Commodity prices are up right now and Morrison has cash to splash but that wont last.

These LNP idiots are just that – they believe that by having so few sitting days they can get through to an early Budget (with a surplus no less!!!) without facing a no-confidence vote and that the punters will accepts this as a reason not to turn up to work until the. I have news for you Mr Morrison we are not the mugs you think we are and the baseball bat is getting heavier

Exactly. The Coalition may be clueless in many respects but they understand the ramifications of not appearing to be at the helm.

I think we need a Work for the Poll scheme.

With heavy fines for non attendance and cancellation of benefit for repeated absences.