Canadian government the latest to prop up struggling news industry

A major influx of government money has been received well by Canadian media, but would such a plan work here?

The Canadian government has dramatically stepped in to prop up the country’s struggling media industry with a $595 million ($AU621 million) relief package. The five-year plan includes tax credits for producing original news content, and for non-profit news organisations to be able to accept donations and issue tax receipts. Subscribers to news organisations will also be given a tax credit for their paid news subscriptions.

Like much of the world’s news media, the Canadian news industry has been in crisis, particularly in respect to the availability of local news. This package is on top of a previously-announced $CA50 million over five years for publications in “underserved” communities in remote areas to produce local news.

Paul Godfrey, the CEO of one of Canada’s biggest newspaper publishers Postmedia said the package was a “turning point”. “Everyone in journalism should be doing a victory lap around their building right now,” he said.

The government intervention hasn’t been entirely applauded locally — conservatives have said the plan is bribery from Justin Trudeau’s liberal government ahead of next year’s election. One of their biggest concerns is that the relief will be available to “trusted” outlets, which will be decided by an independent panel. That panel will decide how the funds will be distributed between publications, and which publications are eligible.

Governments around the world are increasingly boosting a news media business, struggling with industry disruption, with subsidies. The French government gives free newspaper subscriptions to teenagers, journalists get income tax breaks, and publications pay a reduced sales tax as well as receiving other government aid.

And while similar intervention has been suggested in Australia, the Senate inquiry into public interest journalism earlier this year found there was no appetite for direct government intervention locally.

In Fairfax’s submission to the inquiry, CEO Greg Hywood said: “We do not want handouts. What handouts do is provide obligation.” Fairfax has since done a merger deal with Nine. “Anything that provides obligation to government provides some potential conflict for journalists because government usually is at the pointy end of the most controversial journalism, and that is something that we want to steer clear of,” Hywood said.

Schwartz Media, which publishes The Saturday Paper and The Monthly took a similar view in its submission: “A system of distributing funding to the media via grants councils has been introduced in parts of Europe and proposed on occasion in Australia. In our view, this is the option least likely to encourage self-reliance or independence in the media sector, and the most likely to cause controversy (due to the reliance on human decision-making–in both funding matters and management appointments etc).”

The Australian Communications and Media Authority (ACMA), a statutory body, is currently administering grants to regional and small publishers for cadets and innovation funds, which are due to be announced imminently. One of the few publishers eligible as an independent and small publisher New Matilda said last year it wouldn’t apply for any grants because ACMA “is an arm of government“.

The committee also recommended the Treasury look at extending the tax deductability of news subscriptions, and extend charitable status to not-for-profit news organisations.

Hold the front page: is investigative reporting making a comeback? 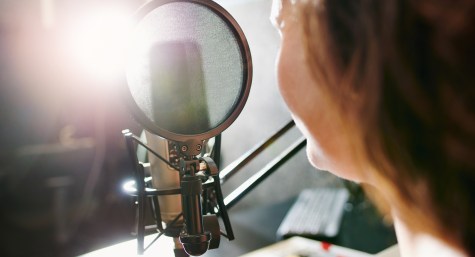 Such subsidies prop up the old regime while a revolution to replace it is underway. But where is the new regime? It needs to emerge with mission, ideals and loyalties, clearly enough before it can earn fresh public support.

I am impressed by the Oz industry’s attitude – well done indeed.
Anyone who heard the reptilian Stephen Harper, deservedly unlamented ex Canadian OM, with Sweaty Tom Heidi last week would be horrified were such a creature to be in a position of supplying lifeblood to meeja.
Trudeau is asking for trouble with this, even if his intentions are benign.