If Australia's board heavyweights don't like the idea of more regulation for the way they conduct themselves, they have only themselves to blame.

Exactly what planet the senior staff of the Financial Review reside on isn’t clear, but it sure as hell isn’t one in this solar system. Today, Michael Stutchbury’s eccentric campaign for punitive interest rate rises had another outing, based on one minor, out-of-context comment by a Canadian banker. But for the true off-world expedition, you had to read Tony Boyd’s bizarre column on the threat the banking royal commission posed to board governance.

Boyd was one of the media’s pre-eminent royal commission denialists. “The last thing Australia needs is a royal commission into our world class banking system,” he thundered in 2016. Now he’s convinced that the whole show will lead to “the dead hand of bureaucracy [impeding] sensible strategic decision making by companies” based on questions asked by counsel assisting Rowena Orr of CBA chair Catherine Livingstone yesterday.

Never mind waiting for the final report, Boyd devoted a lengthy column to assuming Orr’s questions — which explored how Livingstone could claim to have challenged the lack of CBA action on AUSTRAC’s money-laundering concerns when board minutes showed no such thing — formed the basis for an entire new regulatory regime for boards. “The Hayne governance era looks something like this: verbatim records of conversations held by board and sub-committee members, longer board meetings, more extensive board room information packs, intensive director induction programs, more robust challenging of management, and increased employment of lawyers and accountants as non-executive directors.”

“Leading chairmen” don’t like where this is going, says Boyd. None of them want to be identified — a lot like the brave former CBA directors who’ve come out to criticise Livingstone this week, without going on the record. Boyd and his “leading chairmen” particularly don’t like the idea of more “black letter law” dictating how boards operate.

They have a point, of course — after all, it’s clear that the boards of the big banks and AMP have been performing brilliantly over the last decade and the current system is fine. That’d be why there’s been such carnage among their ranks over the last two years as various scandals have come to light, why the current chair/CEO team of the CBA spent hours dumping all over the previous board this week, and why such brilliant examples of governance as the 10-minute tick-and-flick of executive remuneration have emerged.

Not that Boyd doesn’t acknowledge the banks have misbehaved. “The financial services sector has been guilty of widespread misconduct,” he graciously acknowledged. “But there has been little distinction between honest mistakes, partly caused by system errors, and deliberate misconduct.”

Honest mistakes! Yes, we all understand how you can honestly stumble into charging dead people fees, or taking money for no service, or maliciously refusing insurance claims, or costing your customers tens of thousands by dumping them into underperforming internal funds. We’ve all been there, right? It’s disappointing Boyd didn’t follow that up with the old “a few rotten apples” line.

But let’s assume Rowena Orr has been channelling the outcomes of the royal commission and has shown us the future of governance in Australia. Here’s the problem that Boyd and his leading chairmen and every other business heavyweight whingeing about the direction of regulation in Australia won’t or can’t understand. The current system of board governance has failed spectacularly. It has led to the destruction of the financial industry’s social licence, cost it over a billion dollars and counting, trashed shareholder value and smashed the political power of the big banks — and that’s before you get to the external cost of the lives ruined by banking misconduct and the economic burden imposed on the rest of the community. The cream of Australia’s business community have demonstrated they cannot be trusted. Thus the need for much stricter regulation, for “black letter law”, for “the dead hand of bureaucracy”, because that’s the only way the community can be sure we won’t be right back here in a decade, with the successors of Hayne and Orr once again going through the egregious sins of a major industry.

And who’s to blame? The very “leading chairmen” now tut-tutting anonymously to Boyd over their glasses of expensive red. You played yourselves, boys. 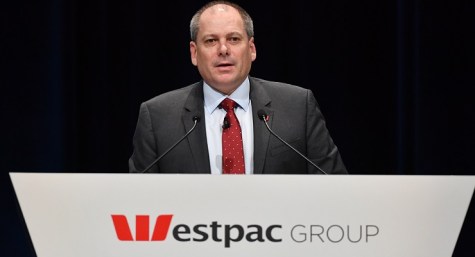 After all this time, Westpac still a black hole on culture and governance 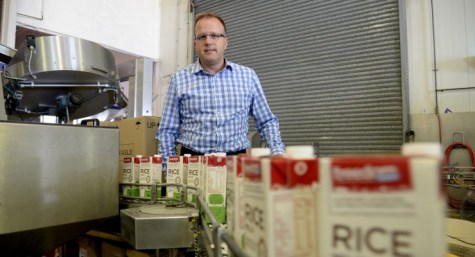 For real reform, the government should look at company directors, not workers

We’ve seen what “let(ting) your conscience be your guide” has led too – now we have to put the ‘boxing gloves’ on – to curb their capacity for self-gratification.

Great article. Good on the commission, and good on Crikey for it’s reporting of it.

The widespread culture problem seems to be at the bottom of this. I would imagine there would be a strong push when appointing a new board chairman, company CEO, or any other number of positions to choose from ‘one of us’, and the culture just keeps on getting more embedded. The only chance to do anything different is to have a strong regulator, and we have seen how weak ASIC has been (indeed even matey to the people it’s meant to police). Last time I had to pay ASIC for an annual company review, I asked what I got for the money – ie what was reviewed. They answered “essentially nothing, but we have to charge it” – when the regulator charges a fee for no service, is it any surprise that the people they’re regulating do it?

It’s going to be difficult to decide if Australian of the Year should go to Kenneth Hayne, Rowena Orr, Michael Hodge or Richard Harris (Thai cave man).

‘“Leading chairmen” don’t like where this is going, says Boyd’

Perhaps because it will limit their ability to do dodgy things to enrich themselves?

I thought that the Hayne RC has shed enough of a light on management in financial entities, that it might be wise to have a follow-on Royal Commission into corporate governance.

It has always interested me how many “lessons” we learn over the years and then cast away for no apparent reason other than, perhaps, self interest and short term expediency.
A study (Collins & Pouras: Built to Last 24 years ago looked over a 50 year period at the performance of fifteen “visionary” companies in various industries with that a top “comparison” in their industry.
Over the 50 years the “comparison” companies outperformed the stock market overall by a factor of two; the leading companies did so by a factor of five.
The characteristics of the leaders: visionary practices and a culture that put customers first with staff next, then management and finally shareholders. Funny that!
Among the fifteen pairs, American Express (visionary) was compared with Wells Fargo.