Where were the banks’ shareholders? Too busy chasing short-term profit.

Poor remuneration practices and incentives played as big a role outside our banks as within them.

If you didn’t think Australia’s major banks were bad enough, watching the Commonwealth Bank’s CEO Matt Comyn and chair Catherine Livingstone this week chuck their predecessors under a bus — one driven by Kenneth Hayne and Rowena Orr SC — should be enough to confirm every insult hurled at the big banks for a generation. Expect the CEOs of the other big banks to do the same when it’s their turn to front up to the royal commission over the rest of this week and next.

The big bank boards are supposedly the cream of the Australian business community, the elite of the elite, chockful of (usually) old white men with long CVs and an enthusiasm for lecturing the rest of us about how the economy should be run. And now their own successors are detailing what remarkable failures they were at even simple stuff like a proper orientation pack for new directors, let alone interrogating management about, say, multiple reports from AUSTRAC about failures of anti-laundering mechanisms. And remember, that was the Commonwealth Bank — the one-time people’s bank privatised by Paul Keating in the 1990s. Along with Qantas, it’s the biggest, brightest example of neoliberal economics in the Australian polity.

But there is another group that has been missing from the royal commission — shareholders of all sizes, but especially the well-resourced big institutions such as the industry and retail super funds and their investment banking advisers and governance advisers. Their roles, or lack of roles in the development of our dodgy bank culture, have been skated over. Time and time again this year you will have read about the impact on financial institution share prices of the royal commission. For many shareholders, especially big shareholders, it’s a case of reaping as they’ve sowed. Institutional shareholders and fund managers talk piously about bad cultures, but what were they doing when those bad cultures were developing and flourishing in the last two decades?

Of course, when the dividends were flowing and the share prices rising, the people who actually owned and profited from the banks weren’t too fussed about putting profit before customers, about short-termism, about treating regulations and the regulator as a joke. Structural flaws like vertical integration — now openly criticised by Comyn — were celebrated by shareholders as a boon for profits. Customers were tiny units of revenue to be squeezed as hard as possible, regardless of the human cost. Shareholders loved it and asked no questions.

In a speech last night, Reserve Bank Governor Philip Lowe made some worthwhile comments about trust and the financial sector. “Too often our financial institutions prioritised sales over service. Correcting this starts with the system of internal reward established by the board and management,” he said. “The vast bulk of the people who work for Australia’s financial institutions do want to do the right thing, and they do want to serve their customers as best they can. But, like everybody else, they respond to the incentives they face. If they are rewarded on sales or short-term objectives, it should not come as a great surprise that that’s what they prioritise. So establishing the right incentives is key.”

There’s nothing new in Lowe’s statement — we’ve been talking for a decade, since the financial crisis, about the way incentives and remuneration structure can dramatically affect behaviour within financial institutions, with macroeconomic implications. But Lowe’s statement also applies to shareholders, especially those big fund managers which have placed a priority on big capital gains or “outperformance” relative to some sort of benchmark or index constructed by advisers or others in the finance sector to judge performance, because with performance go their bonuses, fee income, extra revenues, profits and rewards. Flawed remuneration and short-termism drive the approach of the banks’ shareholders every bit as much as it drove the flawed cultures of the banks themselves. It wasn’t just the “internal reward” system, as Lowe says, but the way major institutions invest in Australia, and the way they reward their fund managers.

That’s a key reason not merely for poor bank culture, but for an investment community that resists a longer term investment horizon, punishes companies for investing rather than generating profits, and rewards acquisitions and mergers with competitors rather than innovation. All turbo-charged by dividend imputation, which incentivises companies to target higher dividends or buybacks rather than using capital effectively, and a financial media that worships short-termism and star fund managers and analysts — many of whom who now look like charlatans.

The banking royal commission has been one giant exercise in confirming how much people respond to incentives, even if it leads to unethical, immoral or even self-defeating behaviour. And the lesson extends well beyond the offices, trading floors and branches of our banks.

How much are shareholders to blame for the culture at the big banks? Write to boss@crikey.com.au and tell us what you think. 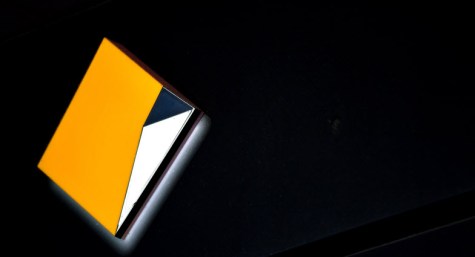 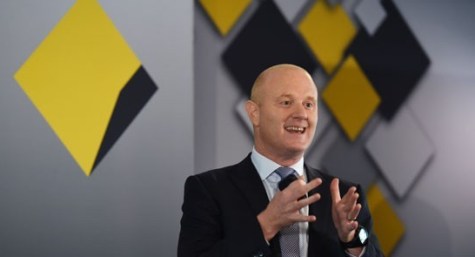 “. All turbo-charged by dividend imputation, which incentivises companies to target higher dividends or buybacks rather than using capital effectively“ This reads on face as nonsense but I’m happy to be convinced otherwise.

We had the Art of Sorry yesterday and the Evils of Incentives today. You lot are floundering away trying to get to grips with this. Plenty of bank shareholders welcome the RC before the execs kill the business and with it our value and longer term dividends.

It’s not hard folks. They’re banks doing what they always do but lately they’ve been well off the regulatory leash. I suggest an incentive scheme similar to my job – do it properly and you keep your job.

Couldn’t you find some terms of abuse other than “old” and “white”, (even “men” for goodness’ sake)? There’s an awful lot of us old, white people, and even the young white people, men perhaps, who are assumed to be morally superior to the older versions will either be old or dead one day. It’s the left-wing equivalent of the “latte drinking set” and just as silly and prejudiced.
We could go into the different but just as derogatory connotations of “old, white women” but with women the insult doesn’t even need the whiteness, even non-white old women are taken to be deplorable.
Perhaps you could find some more accurate descriptive term: “reactionary”, “individualist”, “neoliberal”, spring to mind but I’m sure there are others. Readers could perhaps offer suggestions.

Two things stand out for me.

1. what happened under the previous MD is exactly what you would expect when you put a management consultant in charge
2. despite the current MD’s protestations that he tried to get the former MD to change policy, he obviously didn’t try that hard that it might jeopardise his future elevation to the top job. Self interest trumps the customers once again.

Finance industry executives? “Yeah. We were just following orders too.”
….. What do they get paid so much for?
Then, I couldn’t do their job – I’ve got a conscience (I’ve been down ‘here’ too long) – I’d be ashamed to take such money.