Can ‘conservative GetUp’ convince conservatives to act in the interests of others?

Crikey readers respond to the upcoming struggles of "conservative GetUp" alternative Advance Australia, and to the Coalition's proposed divestment scheme.

Readers have responded to the completely credible idea of conservative GetUp alternative Advance Australia, which, as Bernard Keane mentioned yesterday, has many big, failed shoes to fill. Elsewhere, readers reacted with some scepticism to the government’s proposed divestment scheme (which Keane also dissected yesterday).

On the new “conservative GetUp”

Rodney Pearce writes: So the obvious issue here is that GetUp relies on people giving a stuff about doing things outside their own interest. They’re filling a gap left wide open by a political system. It’s not a left v right issue, it’s a global political issue. This is what all these groups seem to be missing. It won’t work if you’re only working in your own interest.

Xoanon writes: The endless problem with this concept: why would young people support an organisation which helps the side of politics doing them the most harm? And it’s young people you need in numbers if you’re going to match GetUp’s energy and effectiveness. Alternatively, the right could stop promoting the politics of greed and climate change denial, and instead put forth policies that would actually help young people’s lives. Not holding my breath for that.

Persistently Baffled writes: “Hold our ground and start pushing back”? Just how much power do these people want? The LNP has been in power for 16 of the last 22 years. As a nation, we don’t have an energy policy, strikes are effectively illegal, the government is openly touting tax cuts for business while increasing the Medicare levy to fund the NDIS, and fundamental freedoms are being eroded at an embarrassing rate. If the conservatives don’t think they’re winning, they haven’t looked at the scoreboard.

On the Coalition’s proposed divestment scheme

Mark e smith writes: The proposal in question is a bullshit smokescreen. The means to reduce energy prices are well documented over and over and. What’s interesting is the focus. Large energy users are primarily affected by wholesale gas and electricity prices and much less by distribution charges. Domestic and smaller business is more the other way around.

BeenAround writes: When will citizens and the society become the focus of government, instead of the tiresome investment opportunity focus which is inherently based on the thoroughly discredited “trickle down” effect. The test should not be the opaque and elastic “national interest”. It should be the “benefit to society” test. 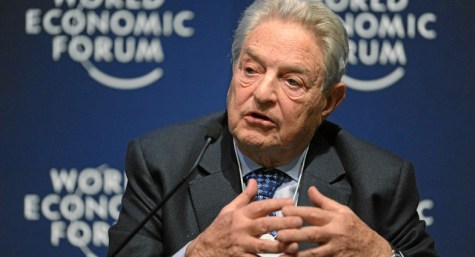 With regard to the unconscionable behaviour of the big banks, I have long thought the idea of a “Banking Ombudsman” who was funded by the same banks to deal with complaints about them, was a very cosy arrangement for the banks and not something intended to serve the best interests of the consumer.
Will that arrangement change after the royal commission, or will it just continue?