Numbers, screw-up, or money? Let’s trace the origins of this embassy mess

We all accepted at face value that the Israel embassy pitch was tied to Wentworth. So why exactly is this damn thing still hanging around?

Politics is a game of scissors paper rock. Call it numbers screw-up money. Whenever anything bizarre appears, is it numbers, screw-up or money? Screw-up beats numbers (i.e. in-party or electoral support), money beats screw-up, numbers beats money. Round it goes. Whatever your first thought is, it’s the one that beats it that’s likely true.

Take this Israel embassy schemozzle. This began, it seems, as a desperate pitch for the Libs to come down off Bellevue Hill with an increased Jewish vote carved in stone. Numbers. (We wrote the book on Numbers)*. Wentworth was lost, and by the waters of Icebergs, yea we wept. But there was still this damn embassy thing hanging around.

John Howard would have simply picked the crap out from between his teeth and said, the Sunday after, “well, maybe that’s something we need to look at in more detail”. And it would have died. Instead, ScoMo doubled down. Screw-up. Then tried to bury it. 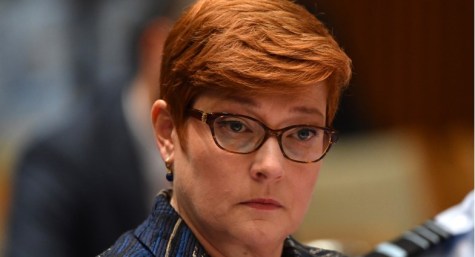 Now Josh Frydenberg is running with it. That’s really confused the press gallery. Katharine Murphy in The Guardian says his push is unfathomable. But Murpharoo — and La Tingle, and others — spend most of their columns these days confessing that they have no idea what is going on, and kinda celebrating it. Makes you wonder what you’re paying that membership for.

The obvious answer — to anyone paying attention outside the narrow confines of an old Australian politics — is rock, money (unless money is scissors. Or paper. That would be more appropriate. But I’ve always felt paper was the worst of the trio. Paper wraps rock. What?). The batty proposal to move embassies from Tel Aviv to Jerusalem came into US politics purely through money, and I presume that’s what’s happening here.

The sole agent for the mainstreaming of the Jerusalem embassy proposal in the US about six years ago, came from Sheldon Adelson, the ultra-Zionist Vegas property-rich octogenarian, who began pumping in huge amounts of money to the Republicans a few years ago. His key demand? That preferred candidates put moving the embassy as one of their key policies. Adelson was responsible for Newt Gingrich’s batty tilt at the nomination in 2012 — virtually his sole donor. Gingrich had the embassy move as one of his five key policies. At that time — another era — it looked bizarre.

Fast forward six years and here we are in Oz, with the same conditions. The leadership of the Australian Zionist lobby has become steadily more Likudnik, and then gone beyond that. This new identity-Zionism — in which even the slightest reciprocal recognition of the Palestinians must be obliterated — is catching on in the Zionist segment of the Western diaspora.

Combine that with the fact that the Liberal Party now needs internal money for its factional wars, has lost part of its control of the McCormick Foundation money supply, is perpetually on the edge of broke, and is about to fight NSW and federal elections that no one in business will want to stump up much for, and suddenly we’re all singing Fiddler On the Roof.

Doubtless, Frydenberg had a deep sudden and sincere conversion to the idea of moving the embassy to the Holy City. The angel Gabriel came to him in a dream and said “Joshie Joshie, move the embassy to Jerusalem!” But let’s face it. In the new politics of billionaire clientelism, it ain’t gonna hurt. Numbers, screw-up, money. Not difficult, unless you’re the press gallery, wandering forever in the wilderness. 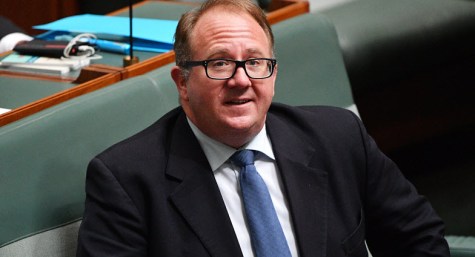 Rundle: send in the clowns 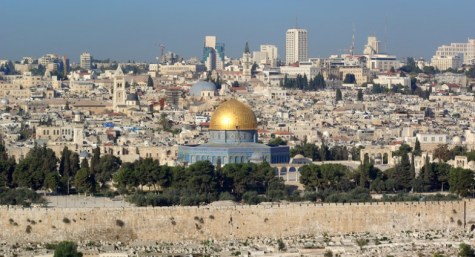 Can Morrison turn Jerusalem into a total debacle? He’s giving it a red-hot go 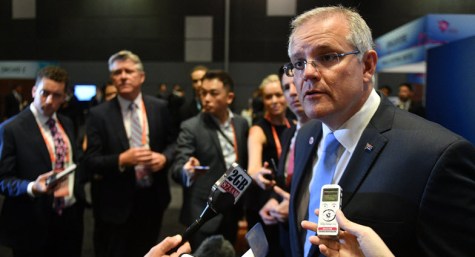 Confused, contradictory, incompetent: Morrison and Co just aren’t up to it

Jewish money conspiracy … now where have I heard that before?

The enormous amounts of money – more than $100 million by now – Adelson plugged into US elections is a matter of public record. As is his demand that moving the embassy be a condition of his support.

Christ Guy, that’s pretty p*ssweak.
What about all the gentiles pouring money in? The Koch brothers, the corps, etc., etc.?

You really think Morrison would do something so controversial just for money? It has to go deeper, probably to his weird Christian beliefs – or just because he knows it will p*ss off what he conceptualises as “the left”, i.e. almost every reasonable person, and it’ll be a bit more culture war fun.

But seriously, Jewish money manipulation of the body politic?

As I said, where have we heard that before?

Some of the comments below show where that leads …

Okay, here’s a plan, double down, go for broke. Move the Australian embassy to Israel to the western part of the city, and at the same time (here’s the real clever bit) open an Australian Office for Palestinian Engagement in the east! One deals with diplomatic niceties of keeping Israel and the US happy, while the other engages productively with the Palestinian people to help deliver a two-State solution. You have effectively outmanoeuvred everyone, including yourself. Perfect, could be done before the holidays if you’re quick.

Machiavelli would be proud of that!

I thought the main reason for moving the embassy was to see how it would “play out up the Muslim nose”?

If you’re going into a Muslim-bashing election campaign why wouldn’t you try to get Indonesia and Malaysia offside? Never mind exports and security cooperation, we’ve got an election to win.

Rundle is ahead of the press gallery pack on this; fortunate freelancer. Morrison and co are gearing up for a Tampa mark 2 election. The embassy was the start, the Bourke St tragedy is helping things along nicely and today we have stop the boats, err I mean immigration: we’re full. Will the msm ever get round to joining the dots. Morrison may seem like a dolt but he is rat cunning. You don’t spend years being a shill without leaning a trick or two.

Well yes, there apparently is an enormous difference between arriving in Australia to seek asylum by boat rather than by land (plane). According to Morrison.