Journalists at Nine and Fairfax seem to be already embracing their looming marriage, following a scoop in Fairfax papers.

Has Fairfax finally said goodbye to the ABC? After years of successful joint investigations, including a gold Walkley-winning scoop with the public broadcaster, Fairfax seems to be embracing its new masters at Nine Entertainment for future projects.

Within a day of Fairfax shareholders giving the green light to Nine’s takeover of the company, Nine News political editor Chris Uhlmann has appeared on a byline with Fairfax’s Nick McKenzie and Angus Grigg (former Australian Financial Review China correspondent) for their front-page report in The Sydney Morning Herald, The Age and The Australian Financial Review today.

The story revealed an increase in cyber attacks on Australian companies directed by China’s Ministry of State Security.

Fairfax group executive editor James Chessell told Crikey in a statement that the timing of story’s publication was coincidental:

Nick and Chris have worked together before on agenda-setting China stories. Nick also works with journalists outside The Age and Herald regularly, so this is nothing new … Chris is an excellent journalist and I hope the merger means he can write for us more often. Today’s exclusive demonstrates the power of collaboration.

The ABC won’t be too upset about this venture, as it has its own investigations team which regularly produces reports that go to 7.30, Four Corners etc, on top of the reports those programs produce themselves.

What this arrangement between Nine and Fairfax does do is leave News Corp papers, especially The Australian, without an obvious TV network to partner with. Ten had been the great white hope, but Murdochian scheming ended that fantasy. News Corp can link up with Seven, but its news and current affairs (the 6pm news, Sunday Night, Today Tonight, and Sunrise) has even less cred than Nine’s much-reduced news and current affairs empire (which vied for superiority in the ’90s and early 2000s with the ABC).

News Corp papers could team up with Sky News, especially with it now being run by former Australian editor-in-chief Paul Whittaker. But the station doesn’t really have big news figures aside from David Speers and Laura Jayes. The conservative Sky “after dark” lineup has badly damaged the standing of the channel as an impartial, non-partisan news organisation.

Nine and Fairfax working together will benefit Nine more than Fairfax in terms of credibility. Keep an eye on the attitude of Fairfax publications and reporters when/if 60 Minutes has another Beirut moment, or a figure like Today’s Karl Stefanovic is back in the headlines for the wrong reasons. 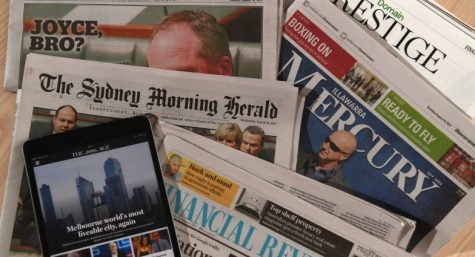 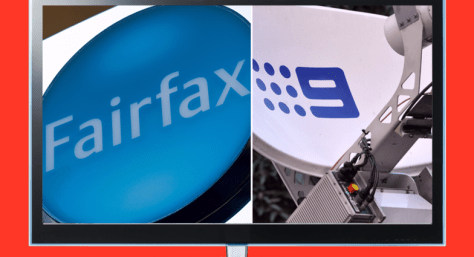 On the weekend the Sunday SMH/Sun-Herald whatever name it is this week had as the lead story a video clip of sixty minutes. I presumed it to be that nights punishing viewing. I’ve now deleted SMH from my bookmarks.

Interesting where that paper goes with it’s TV guide. I buy it for my friend’s TV habits and the post plastic bag era retro rubbish wrap.