Good morning, early birds. The government is set to launch a $2 billion small business fund, Greens MP Jeremy Buckingham refuses colleagues' calls to step down, and CNN sues the White House. It's the news you need to know, with Chris Woods.

Both The Australian ($) and The Sydney Morning Herald report that Frydenberg will announce the ­Australian Business Securitis­ation Fund in a scheme that will lower the cost of borrowing for small companies and adopt a similar model to Labor’s GFC-era $16 billion mortgage policy. The Coalition is also expected to overhaul financial regulations to encourage banks to invest in a “growth fund” for small employers.

In a big day for Coalition funding announcements, the federal government will invest hundreds of millions of dollars into energy and internet infrastructure in Papua New Guinea ($), although that regional push seems to have riled up China ahead of APEC, while the NSW government has launched plans for a $50 million virtual battery powered by households.

The ABC reports that Buckingham has rejected calls to step down at the next election and argued that independent investigations into claims by former staffer Ella Buckland, aired on 7.30 in August, found no evidence of wrongdoing. Federal Greens senator Mehreen Faruqi and previous seat-holder Lee Rhiannon have similarly called on Buckingham to resign, however state MP Cate Faehrmann has defended Buckingham.

Meanwhile, the party’s Victorian branch has stood by Footscray candidate Angus McAlpine, after the Herald Sun ($) revealed yesterday he had rapped about date rape in a 2010 hip hop album. McAlpine has since apologised for the lyrics, while state leader Samantha Ratnam has argued that “to change the culture of toxic masculinity we need more men to own up, take responsibility, apologise and commit to change”.

CNN has filed a lawsuit against the Trump administration over its revocation of press credentials for former White House correspondent Jim Acosta, and will seek a restraining order to return the pass and issue permanent relief.

The Sydney Morning Herald reports that CNN has cited press freedom as a reason for seeking to overturn the ban, which follows a fiery exchange between Acosta and Donald Trump. The White House has stated Acosta’s credentials were revoked because he touched an aide attempting to take his microphone away, a claim the journalist has denied and one the White House has since tried to back-up with sped-up footage of the incident.

Look I’m a member of a religious community, and my pastor knows what’s going on in our church community. He would know, or his wife would know, if there was someone who was leading a local bible study group, or something like that, who is teaching things that is not in accordance with what our faith believes. And they’d be dealing with it, because that’s the responsibility of a religious leader.

The Prime Minister calls on Australian imams to develop omniscience.

“Months after poor Jacob Greber was forced to pay his way to DC by writing an endless series on how the same small number of economists constantly demanded interest rate hikes, today Sarah Turner and Vesna Poljak have been pressed into service to resume writing the same piece about why the Reserve Bank was betraying Australia by not massively hiking interest rates.”

“It took years of racist Cold War 2.0 propaganda to build this mega-ministry. Without our consent, counter-terrorism could not be so powerfully preached to intelligence and law enforcement agencies. Without our fear, our sacrifice of civil liberties and tax dollars would appear, as they are, too great.”

Can Justin Milne sue Guthrie and the ABC for defamation?
Michael Bradley

“If sued, the ABC would face the common Me Too dilemma: can it back up what’s been alleged? It has two choices: either prove the objective truth of the allegation, or have a crack at winning with qualified privilege. It’s widely accepted that media organisations in Australia can’t get up on qualified privilege. Maybe the ABC was thinking this could be the exception.”

‘None of this is right’: Development plans spark fury at The Block

Bush turns its back on support for logging native forests

Good work damaged by minister on L plates, but here’s how to help our neighbours — Concetta Fierravanti-Wells (Sydney Morning Herald): “Now, whether one believes that CO2 is plant food, vital for the health of the planet where the climate has been changing since the beginning of time, or whether one falls into the ‘Al Gore camp’ living a state of nervousness because Armageddon is just over the horizon, it remains important that we deal with today’s realities and the impact of climate change.”

It’s time to take back control from the real Aboriginal industry elites — Jack Latimore (The Guardian): “The federal minister for Indigenous affairs should be sacked from cabinet and sent packing for his allocation of Indigenous funds to non-Indigenous interests, but his exploits are far from an isolated incident when it comes to the standard of administration of any money earmarked for Aboriginal and Torres Strait Islander people.”

As politicians resist a federal ICAC, Australia becomes more corrupt — David Harper (Sydney Morning Herald): “General propositions – for example, that public office is a public trust – can sometimes encapsulate profound truths. It is a measure of the malaise of Western democracies that for many in public life the notion that they hold positions of trust has never penetrated their conception of what their over-riding purpose should be.” 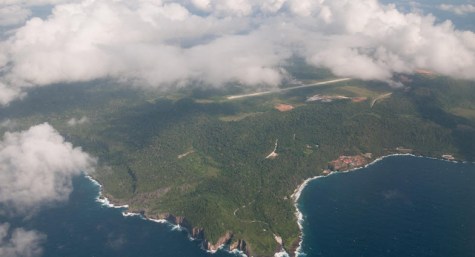