There is no reason why the failures around Man Haron Monis, Hassan Khalif Shire Ali, and the Khayat brothers won't continue to happen. If they do, politicians have a lot to answer for.

Another terror incident in the heart of one of our major cities. More fatalities. Another effort by political grubs — Morrison and Dutton — to use terrorism for race-baiting. And, yet again, a perpetrator not merely known to security agencies, but known enough for them to have assessed how much of a threat they were.

An assessment that turned out to be a wrong call — albeit one wrong call in hundreds, if not thousands. The Melbourne murderer Hassan Khalif Shire Ali had his passport cancelled, such was the concern about his willingness to go abroad to fight for ISIS. But nothing more.

The last five years have seen a remorseless growth in the powers of our intelligence and counter-terrorism agencies, far beyond the already draconian levels of the Howard years. Our privacy and basic rights have been savaged in the name of protecting us. Combined with the capabilities afforded by technology, we’ve become a literal surveillance state, and one in which, time and again, we’ve learnt we cannot trust our own government, except to look after its own interests. And yet, repeatedly, violent men, well known to agencies, murder Australians. 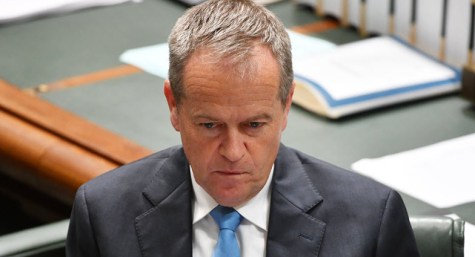 Labor’s cowardice has delivered us into a surveillance state

Then there was the horrific plot of the Khayat brothers — also known to ASIO, but not to the same extent as Sydney siege gunman Man Haron Monis or Shire Ali — to destroy an Etihad airliner out of Sydney. A plot that came within an ace of succeeding, but which for sheer dumb luck and a moment of panic by the perpetrators would have seen hundreds die in Australia’s own 9/11. Our agencies were utterly oblivious to the plot, and had to be told of it by a foreign intelligence agency. And it involved a large amount of explosives sent though the post from a war zone.

There has never been any accountability for this near-catastrophic intelligence failure. Nor, apart from a worthless desktop review, of the intelligence failure around Monis, even though the handling of the Lindt Cafe siege itself has been the subject of robust coronial assessment. We are continually told how wonderful our agencies are, but have no means for vetting that claim.

Oversight isn’t a glamorous issue in intelligence. It can seem process-obsessed and banal, but without effective oversight, bureaucratic systems simply don’t work as well as they can. Even the most dedicated and hard-working officials — as most of our intelligence officials are — behave differently when they know they will not have to account for their actions. And as we have detailed so often here, our intelligence oversight mechanism in Australia is profoundly flawed because of the absence of any parliamentary oversight process beyond the poor and limited oversight of the highly constrained joint committee on intelligence and security, which is controlled by the government of the day. Australia is now the only 5 Eyes country with no effective oversight of its agencies.

The only people interested in fixing this serious problem in recent parliaments have been Labor’s John Faulkner — now long departed — and Anthony Byrne, and the crossbenches, led by Nick Xenophon and his successor Rex Patrick. The Labor Party, once committed to bringing to fruition Faulkner’s legislative proposal for major reform of the PJCIS, appears to have lost interest. Agencies and bureaucrats themselves — including the Inspector-General of Intelligence and Security — are resisting the idea. Of course they are — what bureaucrat ever called for more oversight of themselves?

But without effective parliamentary accountability for intelligence and counter-terrorism services, there is no reason why the failures around Monis, Shire Ali, and the Khayat brothers won’t continue to happen. And what if next time it’s not a so-called “lone wolf” with a knife and some gas bottles but someone with an ounce more luck than the Khayat brothers?

If a mass casualty incident occurs, the failure will have been less that of our intelligence agencies and police forces than the politicians who are supposed to be watching over them. Their failure to take oversight seriously could have horrific consequences. And the evidence was there to see all along. 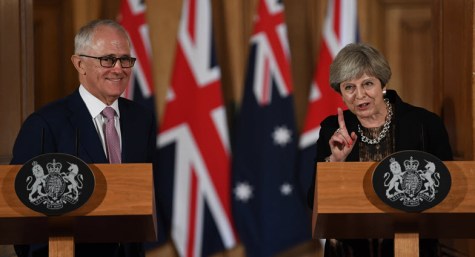 Interesting what gets defined as “terrorism” here in Australia. e.g. This attack:

is apparently not an act of terrorism.

Nor was this, apparently:

Yet make the perpetrator a Muslim and/or African, & everyone immediately goes for the “Terrorist” card.

Still, this Federal government is desperate to grasp for any straws, however pitiful, in order to get ahead in the polls.

Man Monis was a sexual predator & conspired in the murder of his own wife. Yet somehow the legal authorities felt he was entitled to bail……throw in the letter he sent to Brandis & it becomes doubly baffling why this man-who was utterly hated by his own community-was allowed to roam free.

When it comes to “terrorism”/”terrorists” I must admit I have trouble following the logic of politicians and parts of our media in the way they treat the issue?
What are perpetrators after, if not notoriety, infamy and the spread of distrust, fear and angst among the greater population : yet what do our media and politicians do but grant them just what they crave – lifting them to the status of political pawns – for “security” votes?
What does it matter the motivation of a murderer – after the fact, when they’ve murdered innocent people?
Why should “religion” be a magnifying factor when a someone with a mental health problem lashes out – to be labelled a terrorist : as against “murderer”? Was Gargasoulas a “terrorist” when he did what he did and where?

Which federal government slashed more funding to mental health facilities/care, forcing closures and residents out onto the streets?
An underfunded “service” that can’t handle the load now?

The irony of the Gargoslouas case is that he is claiming for himself a cloak of religion as evidence that he is not of sound mind….while Dutton and Morrison believe that religious conviction is evidence that Shire is culpable.

What religion is “Garga”? He reckons he’s in contact with God too?

I believe it is debasing the term “terrorist” when it’s used for what are quite clearly mental-health based problems – which have been occurring for hundreds of years.
Crying wolf when it’s a disturbed person doesn’t help anyone but the pollies.

Yes, I agree. Terrorism and terrorist are not the correct terms to use for people with mental health problems.

And I agree with Bernard that Morrison and Dutton have indulged themselves in race baiting which distracts attention away from the real problem – the under-funding of mental health facilities.

I guess we’ll never know just what was going through Shire Ali’s mind or what triggered him, but he lived in this country for two decades, so the question arises ‘Why now?’. I can’t help wondering if the recent racist dog whistling by ‘Jackboots’ Dutton and his ilk, and their media cheer squad, was enough to tip the balance of his mental equalibrium – that by realising that he would never be a part of this community (at least as far as the racist haters were concerned) he might as well throw in his lot with IS.

As I said, I guess we’ll never know.

Funny, isn’t it, how they caught Gargasoulas alive, but not Shire Ali. Kind of like the US, where a black offender can get shot dead simply for not presenting a license in time, yet a white offender who goes on a mass shooting somehow manages to get caught alive.

I know what you’re getting at MH, but seeing the footage of this man going at it full on, I was struck by the bravery of the two cops trying to subdue him. I think they had little choice but to shoot him, the danger to themselves and bystanders was critical.

Mate, in this case everyone has seen the video and if anything people are amazed they didn’t shoot the guy earlier.

A trigger perhaps but not justification for his actions, all religions are frequent ‘triggers’ for the deluded unstable mind. Islamic extremism seeks to exploit the deluded vulnerable individual to attack open societies.
So no its not an issue about Peter Dutton or the Australian government regardless how crap they both are.
Its a religious motivation for this individuals actions.

What was Ali’s message? That people were chasing him with sticks? That everyone were out to get him? Come on now, sounds like a very poor choice to spread a message of fear.