Good morning, early birds. NSW Labor leader Luke Foley has remained defiant following his resignation due to allegations of sexual assault, the relationship between China and Australia seems to be thawing, and a new study finds that one in four Australians suffer adverse affects due to loneliness. It's the news you need to know, with Chris Woods.

The ABC reports that reporter Ashleigh Raper had not wanted to discuss the incident publicly but, following media attention and allegations raised by Liberal MP David Elliott under parliamentary privilege last month, issued a statement yesterday detailing how Foley had allegedly indecently assaulted her at a 2016 Christmas party. Foley has denied the allegations and, with less than five months until the NSW state election, will move to the backbench. Labor MPs are reportedly backing Michael Daley as new party leader.

China’s Foreign Minister Wang Yi has called for Australia to cooperate on funding infrastructure in the South-West Pacific, after a meeting with Foreign Affairs Marise Payne coincided with Scott Morrison announcing a $3 billion regional package.

The Australian Financial Review ($) reports that, following the first meeting between Australian and Chinese foreign ministers in almost three years and ahead of next week’s East Asia and APEC summits, Wang announced that the two countries are not “competitors or rivals” and could carry out “trilateral cooperation involving Pacific Island states”.

The seemingly thawed relations come as Defence Minister Christopher Pyne pledges a new naval ship to cruise the south Pacific, reportedly from a redeveloped naval base on Manus Island, and reports a revised bid by Hong Kong’s CKI for gas company APA could succeed after the original was knocked back by Treasurer Josh Frydenberg.

The first comprehensive study of loneliness in Australia has found that one in four Australian adults are lonely and suffer significantly worse mental and physical health as a consequence.

According to The Sydney Morning Herald, researchers for the Australian Psychological Society and Swinburne University interviewed 1600 Australians, were careful to work around stigma attached to the word “lonely”, and have spoken about loneliness triggering similar neural pathways to physical pain.

You know, think of the big social reforms, legalising same-sex marriage. I mean, what a gigantic reform that was, I was able to do that … I legislated it, right? So I delivered it.

The politician who forced Australia’s LGBTIQ community through a non-binding, unnecessary and outwardly damaging postal survey takes credit for a vote on someone else’s bill. 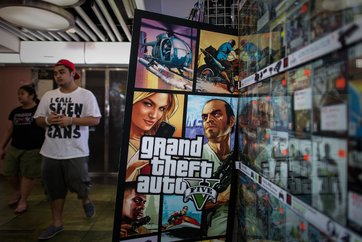 A Melbourne Gamer Cheated at Grand Theft Auto. Then His Home Was Raided. 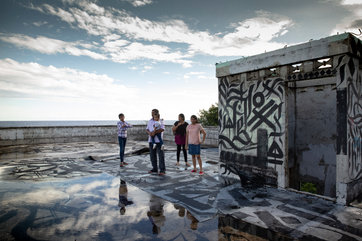 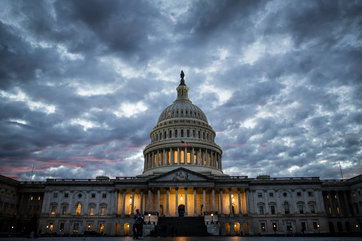 How the House Fell: Republican Chaos and Democratic Focus

What do the results of the U.S. midterms mean for the next two years? Go inside The New York Times newsroom with this episode of The Daily.

“The efforts by director of public prosecutions Sarah McNaughton and Attorney-General Christian Porter to hide their prosecution of Witness K and Bernard Collaery from public scrutiny have sunk to new lows, with a last-minute attempt by the government to impose a super injunction-style gag on a hearing to determine how claims of national security secrecy should be handled in the trial.”

“Sky News apologised and banned neo-Nazi Blair Cottrell from its broadcasts after he appeared on the network, but the broadcasting regulator has now ruled that the interview did not breach its code. The Australian Communications and Media Authority (ACMA) investigated Cottrell’s appearance on The Adam Giles Show — which prompted Sky to apologise, take Giles off-air for months, and restructure its editorial reporting — and found that it met broadcasting standards.”

“Yet for all the headaches the loss of the House will undoubtedly entail, the results suggest Donald Trump’s populist movement retains much of its potency, and that the Democrats can take nothing for granted as they prepare to take him on directly in two years’ time.”

‘He wouldn’t be grateful if we did’: Liberals hit out at Malcolm Turnbull’s demands to explain the coup

So this is Christmas: Police prepare for increased domestic violence this summer

It’s time to stop turning a blind eye ($) — Sharri Markson (Daily Telegraph): “As a politician Luke Foley counted on a woman’s ­silence and timidity — ­regardless of the truth or falsity of his accuser’s claims. He staked his career on the ­assumption a female journalist would never dare speak up, knowing that if she did he would have to resign to protect the party’s electoral chances.”

I’m a Manus detainee. Here’s what Abbott and Hanson need to know — Behrouz Boochani (TenDaily): “Last week former Australian Prime Minister Tony Abbott praised Nauru in public by candidly calling it ‘a very pleasant island’. He also described the living conditions of refugees on the island as excellent. This is not the first time Tony Abbott has expressed such utter nonsense.”

Keating’s attacks on Nine-Fairfax are really just noise — John McDuling (Sydney Morning Herald): “Former prime minister Paul Keating’s incendiary rhetoric may be entertaining, but it won’t be enough to stop the most significant media merger in decades from getting over the line. The Australian Competition and Consumer Commission on Thursday said it wouldn’t object to the historic tie-up between Fairfax Media (publisher of this column) and Nine Entertainment Co.”

A world of pain: strict and strange penalties for breaking COVID-19 laws