Scott Morrison is waging a war on the "almond latte set", but have they already infiltrated his ranks? We investigate the government-endorsed way to drink coffee.

I’ve got a confession to make. I have recently been dabbling in almond milk coffees. I didn’t mean to go that far, though after I got hooked on that sweet, creamy soy I guess it was inevitable I would eventually end up experimenting with almond, coconut and — if you can believe a nice boy could fall so wayward — macadamia milk (macadamia milk tip: just say no).

Thank God I only drink almond flat whites though, and not almond lattes. After all, I don’t want to be named and shamed for my coffee drinking habits by PM Scott Morrison, who has been letting rip at the “almond latte set” for ruining Australia with their dubious beverage choices and, by implication, dangerous neo-Marxist mindsets.

“Those out there, the almond latte set, they do not think it matters,” then-treasurer Morrison said in May, about this new wave of nut-crazed elites opposing Coalition tax cuts. Then, wisely pointing out that just a single sip of non-bovine whitener can devastate whole communities, Morrison explained to Queensland media this week that “if you back Queenslanders, then you don’t run down the mining industry like the Labor Party and Bill Shorten does any time he is having an almond latte in the suburbs of Melbourne”. Quite.

It all got me thinking: what exactly is the government-endorsed way to drink coffee?

I have spent an inordinate amount of time searching the internet for clues about the coffee habits of Coalition politicians, which I one day hope to turn into a Tumblr page titled: “Fair Dinkum Politicians Drinking Fancy Coffee”.

Below are the results of my research, which have been fully verified by the coffee forensics team at Crikey.

Scott Morrison: Skinny flat white. Surprise, surprise. Despite his anti-latte rhetoric, Morrison admitted to being “a skinny flat white man” while courting Melbourne voters at a café earlier this year, and I’m pretty sure he was only referring to the type of coffee he drinks.

“I’m not into almond lattes or things on the side,” he added for clarification. “I’m not that sort of guy.” Sure you’re not, Scott. Still, somebody should warn him a flat white is only a heavy-handed barista away from a latte and, with it, an inevitable leadership challenge by a Liberal colleague with less exotic tastes.

Michael Sukkar: Also latte. He was with Morrison in the aforementioned Melbourne café. It may explain why he didn’t get offered a role in Morrison’s cabinet.

John Howard: Latte. Yes, latte! Probably the most shocking discovery of all, the former PM who spent his career standing up for Aussie battlers now spends his retirement sitting down with a frothy hipster brew. 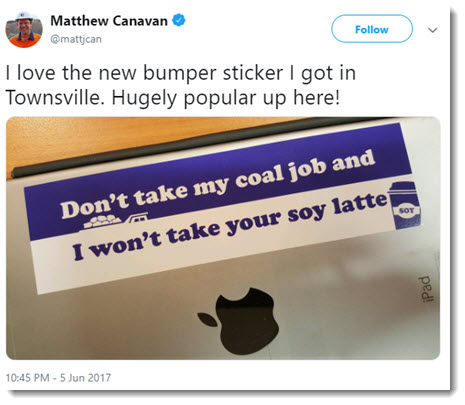 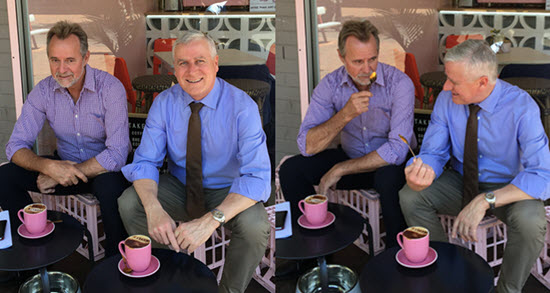 Peter Dutton: Claims to have never had a coffee.

Kelly O’Dwyer: Whatever Scott is having.

Is there a conclusion to be drawn here? Latte drinkers have already infiltrated our government, but it’s okay to drink fancy coffee as long as you do it while wearing a baseball cap.

11 thoughts on “A very serious investigation into Coalition coffee orders ”