Is Dan Andrews’ Labor too friendly with Beijing?

Victorian Labor has received hundreds of thousands of dollars in donations from Chinese interests. Now it refuses to make public its secret deal with Beijing. It's not a good look.

The rushed, secret deal between the Andrews government and the Beijing regime over the latter’s “Belt and Road” infrastructure initiative is perhaps best understood in the context of Victorian Labor’s donations: this is a party that likes Chinese money.

The memorandum of understanding, rushed to conclusion before the caretaker period for the coming Victorian election, has been hidden from taxpayers and, as Nine’s Chris Uhlman found out, even kept secret from the federal government. The Andrews government also lied about its consultations with the Commonwealth, delivering a propaganda coup for Beijing.

Don’t worry too much about DFAT being kept in the dark, though. The business-class frequent flyers of DFAT routinely negotiate trade deals with foreign governments in total secrecy — deals that at best do little for Australia and often materially damage Australia’s national interests, but which DFAT refuses to show to anyone until it’s too late. They haven’t got a leg to stand on in accusing other governments of acting in secrecy — nor when it comes to undermining the national interest. It’s also typical of Victoria that the public has been kept in the dark on the deal — successive state governments and the Victorian courts routinely suppress information that the public has a right to know.

But why was Victorian Labor so eager to rush a deal before caretaker, regardless of its damage to the national interest and the propaganda value it provided for one of the planet’s greatest human rights abusers?

A major part of the answer may lay in the political donation data provided to the Australian Electoral Commission for 2014-15 for the party, which encompasses the period for the 2014 election that saw Andrews elected. Chinese interests, such as investor couple Jianping Fu and Min Zhang and Richard Gu’s AXF Group, contributed hundreds of thousands of dollars to the party in 2014-15; another, CBD Development Group, gave $50,000 in 2015-16. The two 2014-15 donations were disclosed 18 months later, prompting media coverage of the role of Chinese donors on all sides of politics.

The Andrews government — to its credit — overhauled donation laws earlier this year to ban foreign donations and cap donation amounts, but it is unlikely Australian companies owned or part-owned by Chinese interests, or people with Australian residency, would be captured by the new laws. Donation caps will certainly affect the Chinese donor tradition of handing large, often six-figure amounts to political parties, but parties have been shifting away from straight donations to non-donation revenue such as subscriptions and lobby group fees that are not currently caught by donation restrictions.

Daniel Andrews’ refusal to allow voters to see what deal he’s negotiated with Beijing will only encourage the view that special interests get special access to governments. 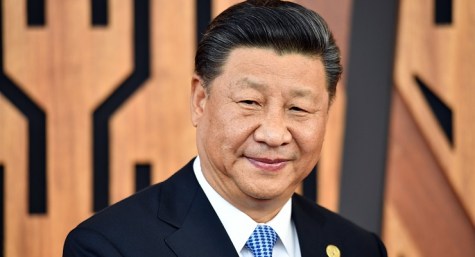 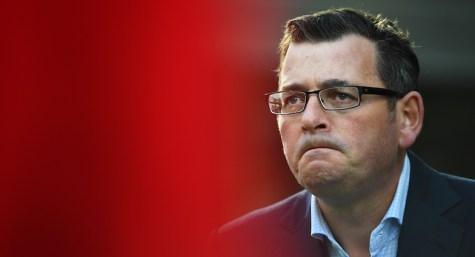 Belted and railroaded: Victoria’s trade deal with China is a dud 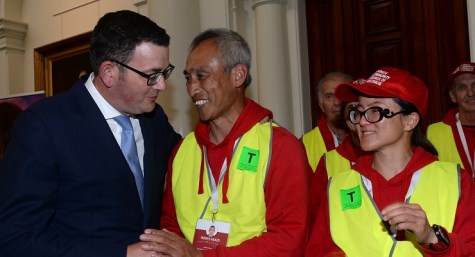 Media misses the mark on Chinese interference in Australia

Agreements providing short term gains and delusions of power, are brokered by Australian governments of all stripe. It costs the electorate and particularly the future voters.
If you become so structurally dependant on external governments or organizations whose agenda actually contradict your own you really aren’t governing in the electorates interest. Piss weak display once more by a gutless devoid of integrity bunch of career politicians. Unlike the individuals who have the ability and morals to govern in peoples interest, Ted Mack RIP

Please, Uhlmann is trying to whip up an anti-Andrews story.

State governments have responsibilities for areas which the Feds don’t. State governments of all stripes do commercial deals to bring investment, business and jobs to their states, to build infrastructure, and so on. This includes deals with foreign entities.

The idea that State governments are obligated to involve DFAT at the best of times is laughable. The idea that the Andrews government would be obligated to involve the current Federal muppet show that would be out to wreck anything Andrews is trying to achieve is even more laughable. But hey, it’s coming from Uhlmann, the man who threw a wobbler over News Corp’s attacks on Turnbull but has no issue with their attacks on anyone else, funny about that.

As for the secrecy, the degree to which all levels of government in Australia keep their deals confidential is concerning but neither new nor specific to Andrews or Labor nor specific to this deal.

Arky, for once I disagree with you. I assume you are in election mode and are sensitive to these sort of issues being raised so close to an election, but we have to keep government accountable. Bernard is right that it’s fishy that it happened at this time of the year, just when Labor could do with an extra amount of electioneering assistance. Also, have a look at the articles he referred to in his Side View today.

I don’t think it’s fishy that it has happened at this time of year. I’m sure similar deals have happened in each year of the government. Government doesn’t stop because it’s an election year.

There’s also a lot of deals done in the lead up to caretaker mode because hard deadlines are incredibly useful to get both public servants and 3rd parties to quit messing around and settle the deal lest their past few months or years of work be wasted,

I don’t buy into conspiracy theories without serious evidence, and when the conspiracy theory is accessed via stories trying to make something of the deal being kept secret from the Feds (which is neither remarkable nor wrong to do) then I’m doubly suspicious there’s no substance to it.

Arky I admire your loyalty to Labor and agree that this issue is going to be cynically exploited by the State Opposition and Murdoch media, as in today’s Australian front cover. Nevertheless, the concerns expressed by Michael Shoebridge in this article:

seem to me well worth considering.

Enough with the Andrews bashing Mr Keane. It’s ok for KMart Coles BigW and any number of big developers to deal with the Chinese but it’s not ok for them to help build infrastructure
Minister Payne and ScheMo cannot even agree on what day it’s is but you seem to think that Andrews should wait on them to give the ok on a deal that has nothing to do with the federal government

Keane’s a bog standard Orientalist of the type Edward Said wrote of, John, and barely worth noting when he steps outside the local scene.

I note Keane has had naught to say about the revelations in Murdoch’s Orstryan today, about various ex-ADF personnel having been referred to the International Criminal Court, late last year.

The referral, made by a French law firm (which the ICC’s prosecutors’ office has acknowledged receiving), contains allegations of War Crimes in Yemen committed by various ‘mercenaries’ working in the contracted employ of the United Arab Emirates. The UAE military and security ‘complex’ is headed by the ex-chief of the ADF’s Special Forces, Mike Hindmarsh, who has been in command of the UAE Presidential Guard for nigh on a decade.

I reckon it might be worthwhile if some of the ‘preachers’ of the West’s ‘liberal democratic values’, and the ‘international rules based order’, had a look in the national mirror, occasionally, rather than continually resorting to half baked and poorly researched criticisms of ‘the other’.

It’s also worth noting Peter Whish-Wilson extracted an admission at Senate Estimates, recently, that the ADF is ‘assisting’ the UAE with training and support.

Anyone who would like to interrogate Buzzfeed and Associated Press, for mentions of what the UAE is getting up to in Yemen will find a number of detailed investigations into prima facie breaches of the worst of International Law.

For instance, a political assassination program being carried out by the UAE using US and ‘private contractors’ from other states.

For an idea of the Hindmarsh headed Presidential Guard’s role in the program, a quote;

“BuzzFeed News has obtained one of the target cards. On it is a man’s name, photograph, telephone number, and other information. At the top right is the insignia of the UAE Presidential Guard.”

It’s all there, if people such as Keane are willing to look.

I suspect not – it’s easier to roll out another bleat about the Chinese, Russians, etc.

Would not be the first Labor politician in Australia to be bought by the Chinese. The going rate is about $1600.

A sort of dimly smudged innuendo with nothing much in terms of substantial evidence. Nice smear, forgetting that a federal minister, no less, negotiated a “treaty” with the Chinese and then immediately got a job paying 800K a year for doing literally nothing.
And the number of bits and pieces of infrastructure, land etc. that are being sold off to the Chinese (govt.) by the federal government by the tonne is quite beside the point I suppose. Even our so -called “privatised and efficient” electricity infrastructure is part owned by by governments in China and Singapore, who are doing a sterling job of ripping off Australians and shipping the proceeds offshore. Now we should be worried?

Good Comment. All our relations with China and its diaspora should be examined with a strong emphasis on national security.

Labor politicians start at $1600, Liberals and Nationals go for more; our Beyond Blue boy could certainly smell $800k of the green folding stuff. Entrepreneurs from the sub-continent certainly have more charm when buying our politicians; they invariably have been Oxbridge educated, know their manners and can talk about the Raj and Cricket in equally well informed ways.