‘I am not yet finished and I never will be’: how Anne Summers is still evolving

In her new memoir, Unfettered and Alive, feminist writer and publisher Anne Summers shows that she's far from done. And with the global rise of neoliberal, "status quo" feminism, her voice may be more valuable than ever.

In her 73 years, Anne Summers has packed in enough careers, experiences and achievements for several lifetimes. Since publishing her groundbreaking feminist book Damned Whores and God’s Police at the age of 30, she has been an award-winning journalist and editor, an adviser to two Labor prime ministers and the head of Greenpeace. At the same time, she wrote another seven books and earned an AO.

The title of the latest one, Unfettered and Alive, comes from the Joni Mitchell song “Free Man in Paris”. It suits a woman who has always forged her own way.

It’s a compelling look at a life that has had soaring heights and crushing lows. When Summers and Sandra Yates organised for publisher John Fairfax to buy Ms. magazine from Gloria Steinem and start up Sassy magazine in 1987, everything looked rosy. But within months, world sharemarkets had gone into freefall, derailing the takeover bid launched by “young Warwick” Fairfax, who jettisoned the magazines and gave the women just five weeks to raise $15 million to buy them.

They succeeded but, within less than a year, a consumer boycott of Sassy organised by the Moral Majority led to a catastrophic collapse in advertising revenue and Yates and Summers were forced to sell. Summers’ stories about Steinem’s perfidious behaviour throughout this saga are fascinating and cast the feminist icon in a whole new light.

“1989 still stands as both the best and the worst year of my life,” Summers writes. “It was the year I lost the magazines, lost my job and, I feared, the very foundations of my identity, but it was also the year that I met the man who would become the love of my life.”

Summers met Chip Rolley over the office photocopier and they have been together ever since. Although Chip is years younger, they don’t notice the age gap, she says, apart from tastes in music. “Impossibly, he does not care for Bob Dylan.”

By 1992, Summers was back in Australia, advising Paul Keating on his “problem with women”. In focus groups she asked women to nominate what was important to them and was shocked to find that after childcare and health, the third most common topic was family violence; “almost every woman mentioned it”.

The following year, when Keating had won “the unwinnable election”, Summers was standing in the wings at the Bankstown Sports Club, waiting to watch him speak. As he walked past, she grabbed his arm, urging “don’t forget to thank the sheilas” — the rest is history. One of the things Keating’s prime ministership will always be remembered for is his final comment on that night; “an extra special vote of thanks for the women of Australia who voted for us believing in the policies of this government”. Such was the power of Summer’s work that 1993 was the first election where the overall female vote for the ALP equalled the male vote. 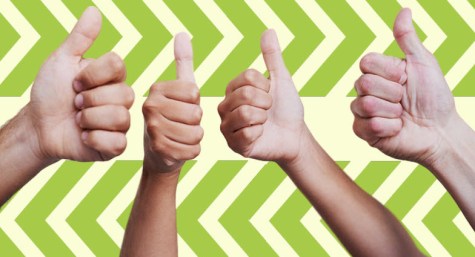 Australian progressives are stuck in an endless loop

At a time when “feminism” can mean almost anything, one of the most appealing aspects of Summers’ work is her focus on the less fortunate. From starting the first women’s refuge in Australia to influencing government policy on domestic violence and advocating for Indigenous people, she has always offered help to those who need it most.

This is a refreshing change from feminists like Sheryl Sandberg whose 2013 blockbuster Lean In appears to be, in the words of feminist commentator and author Catherine Fox, “all about fitting women into men’s shoes”. Sandberg and her ilk appear to be interested only in the lives of white, heterosexual middle-class women; I call it “Nice White Lady Feminism”. The backlash is building, however, and in her new book, The Rise of Neoliberal Feminism, Professor Catherine Rottenberg describes “neoliberal feminism” as a philosophy which is uninterested in a mass women’s movement or struggles for social justice. Rather, it has introduced the notion of a happy work-life balance as a feminist ideal.

“There is nothing about this feminism that threatens the powers that be,” writes Rottenberg.

Luckily, Anne Summers is not mellowing into someone who is content with the status quo. “Women have become a new kind of person, one that scarcely existed before and we are still evolving,” she writes. “We do not know where we will end up. All I can say about myself is that I know that I am not yet finished and I never will be.” 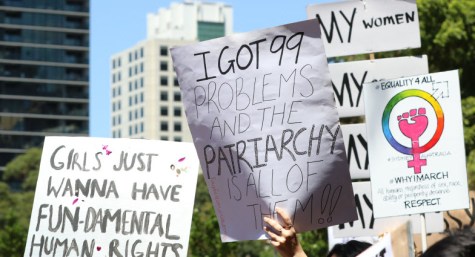 She said/she said: does feminism need a rebrand?

The book needs to ba added to the list, R.H. During the 70s I preferred Greer, who was much less sentimental. The new peice does deserve a fresh look

Reference to the comment:
“One of the things Keating’s prime ministership will always be remembered for is his final comment on that night; “an extra special vote of thanks for the women of Australia who voted for us believing in the policies of this government”
I always thought that particular point in history was the start of the degradation of Australian politics, winning an election at all costs to the detriment of the population. The GST was always Keating’s initiative. Politicians since now rely on lying to stay employed. The government no longer rally has beneficial policies for the public, just self-interested lies for the benefit of themselves. The sheilas may be proud, but perhaps not their daughters…and sons won’t be. (No offence intended towards women, I just feel the comment, with the benefit of hindsight, is unempowering.)

It is funny how feminist women write, as if they want the world to stand still for them and gentlemen to open the door for them and the Sir Walter Raleigh to put his coat in the puddle for them so they don’t get in a muddle like any silly old male wombat would in the wood.,
Women, it’s like swimming at the ocean in summer as some are beached and some are not. Let’s take a quote from Anne Summers, above, comparing now in today’s world to back then for women:
“We were meant to tread lightly on the earth, influencing events through our husbands and children, if at all. We were meant to fade into invisibility as we aged. I defied all of these expectations and so have millions of women like me.”
What poppycock!
Just how is that correct? If Anne Summers was writing back then how she is writing now then no one stopped her from writing what she wanted to write back then in what she writes now as it has not the title on her books like was on the front of her book back then. She was 30 in the 1970s. What that sentence of treading lightly is, is a sledge like in sledging in cricket. Opps, the Australian Cricket Board, sorry. Anne Summers was writing more meaning back then and that is why it became a text book to what she writes now and back then she whacked the ball to the fence with more meaning and menace with her stoke of the pen. That is my defence of a great Journalism text book.
She wrote “Damned Whores and God’s Police. Read it, and I have read it and when I did my BA in journalism in 1987 that book, her book, the book written by Anne Summers was written about God’s police and whores was the text book at university about good journalism and good writing. Anne Summers must have chosen the title. Do we get great titles like that any more? No, not even from Anne Summers. We get “Unfettered and Alive”. If you are unfettered you are alive. Now what do I write, when I feel like hot chocolate sponge with cream. What about a cook book. 350 degrees, lots of heat and I am done.

Being devil’s advocate, for a moment Margaret, I’ll warrant that someone at Crikey choose that throw-away line that you quoted for the
effect that it might have on the LCM. There is more than a trace of “victim-hood” in the work of Summers and while I don’t consider her
to be near the class of (e.g.) Betty Freedman – or any of the Suffragettes it is “useful” to know what is ticking in her mind and others.
In fact Summers is disliked by “assertive” feminists for that reason.

I am acquainted with a number of females who were born just after the war. About half went to university (often a first for their families)
and a friend of one morphed from school teacher to Supreme Court Judge. The “real” challenge for women occurred just after the two world wars
and a good deal of autobiography exists on that score.

Regarding today’s issue of Crikey you might enjoy “How Penthouse Australia went from nudie mag to alt-right rag” by Kishor Napier-Raman
The article is interesting for the very reasons that Napier-Raman says it isn’t. The sentiments are “typical Crikey”. Then take a look at
Daisy Cousens on Y.Tube. A very pleasing 180 to Summers.

The “How Penthouse Australia went from nudie mag to alt-right rag” is not interesting at all. It is down right boring. I have written a long piece on that as well. I do not take on board your comments.

Long may she continue – I cannot see anyone upcoming to match her, the Germ or even la Reine Ranga.

Women of Australia….you have won the battle of the sexes……..without seriously firing too many shots.

The victory is celebrated in the crowning achievement of the MEETOO movement…..women (and those dressing up like women) are now believed by acclamation in any allegation brought against men (those with male genitalia who also use male toilets).

All this stuff about work-life balance is mere contrivance….Gentlemen have you not experienced the manifest results of women being on top??

What male in his working career has not has the female executive/doctor/service provider cancel an appointment at the last minute because being a single power mother, she has answered the call from school to come and get little Abbie who has just vomited on the classroom floor in quiet time?

What male in his leisure time not had to force himself to watch women’s netball, AFL, soccer, tennis where the ABC cheerlead relentlessly for the schoolboy standard event as if it were the F***ing world cup?