An election analyst’s guide to the US midterms

These may be the most newsworthy midterms in recent memory. Here's everything you need to know.

Even in a year when the presidency isn’t being decided, election day in the US is massive. There is voting for state legislatures, local councils, referendum initiatives, and more. But most of the interest is in three things: the two houses of Congress, and state governors. Let’s take them in turn.

The whole of the lower house is elected every two years. In 2016, the Republicans won a 47-seat majority, 241 to 194. The Democrats picked up one seat in a byelection (Americans call them “special elections”) earlier this year, so they need another 23 to take control.

Because it’s just a large number of single-member districts, you can look at the House simply on the basis of swing on the pendulum, as we would in Australia. Swings are never uniform, but deviations from uniformity will roughly cancel out. (There are no preferences, so minor party votes don’t count; I factor them out.)

The big difference from Australia is that the boundaries are badly gerrymandered. The Republicans won their substantial majority with just 50.6% of the two-party vote, and to undo it the Democrats will need to win about 56%, or a swing of about 6.5%.

That’s quite a task, considering how American incumbents typically entrench themselves. But the Republicans are saddled with a deeply unpopular president, and the Democrats are riding a wave of enthusiasm, particularly in the suburbs, that looks likely to propel them to a majority.

Nate Silver’s FiveThirtyEight, the most respected prediction site, gives them an 87.5% chance. Those are good odds, but no certainty.

The Senate is quite different. The Republicans currently have a narrow majority, 51-49 (two of those 49 are independents who caucus with the Democrats), so the Democrats only need to make two net gains — a 50-50 tie would still mean Republican control because the vice-president has a casting vote.

But most experts think the task is beyond them. FiveThirtyEight currently gives the Democrats only a 16.8% chance of making it — not much better than the chance the Republicans have of holding on to the House.

Why the difference? Senators (two per state) serve six-year terms, with one-third elected every two years. Only 35 of the 100 seats will be at stake tomorrow: 33 in regular rotation, and two byelections for seats that have fallen vacant during the term (in Minnesota and Mississippi). And 2012, when Barack Obama won a second term, was a particularly good year for Democrats.

That means that the Democrats currently hold 26 of the 35 seats up for election. So in addition to picking off two from a very limited selection of Republican seats, they need to defend a bunch of vulnerable seats of their own.

Recent polling shows them behind in North Dakota and line-ball in Missouri, while Florida and Indiana are also uncomfortably close. They’ll need to turn that around, or pull a rabbit out of the hat somewhere else, if they’re to sneak in to a Senate majority.

Having said that, no one gave the Democrats much chance of winning the Senate in 2006, the last midterm election under a Republican president. Yet they managed it, by the narrowest of margins.

In addition to Congress, 36 of the 50 states are holding elections for their heads of government, called governors. Of those 36, 26 are currently Republicans, nine Democrats and one independent (in Alaska; he is retiring).

Perhaps as many as 10 of the 26 Republican governorships are considered possible Democrat gains, including such major states as Florida, Georgia, Illinois, Michigan, Ohio and Wisconsin. Democrats may end up governing about half the states, with considerably more than half the population.

Not surprisingly, gubernatorial elections are more likely to be decided on state rather than national issues. But it would a mistake to think that their outcome is only of interest to residents of those states.

The key thing this year is that these newly-elected governors will be in office when the next census is taken in 2020. That gives Democrats the opportunity to have a say — possibly a decisive say — in the redistribution of electoral boundaries that will take place then.

Given how badly the country needs some fair elections, that would be a big step forward.

Who do you think will win the midterms? Write to boss@crikey.com.au and let us know. 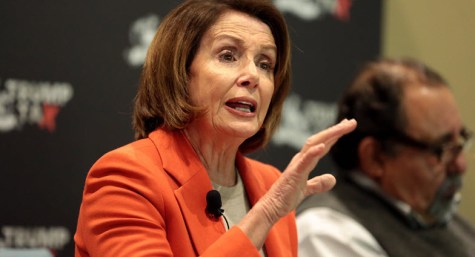 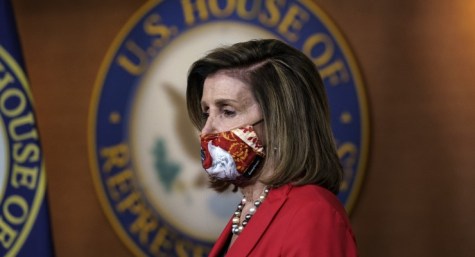 Apart from the presidency, the Dems had a weird and deeply unsuccessful election

Why so much about the US? There are other elections and events in the world.

Coz the midterms are underway I assume. We had Brazil covered last week and other articles pertaining to various countries’ elections when they are being conducted.

Due to the disproportional power that amerika has (the announcement re Iran sanctions that “8 countries would be allowed to continue buying its oil”… allowed FFS!) and wields to the detriment of all & sundry, the old idea that electorates in other countries, which have the hang of it, be given a vote for Prez should be revived.
Given what a mess amerikans have made of this democracy thangy (incl Obama – a more egregious disappointment than Bubba of whom little, by comparison, was expected) they should be spared the responsibility. They can’t even manage it at local/county level – viz disenfranchisements & gerrymandering.