Rise of the right: how populist politicians are taking power

From Europe to Asia, the global resurgence of populist politics is gathering momentum, preying on voters' need for simple answers to complex problems.

Angela Merkel’s announcement of resignation as leader of Germany’s Christian Democratic Union has signaled an end to her 13 year reign as Germany’s chancellor and de facto leader of the European Union. It has also marked a victory for Germany’s populist politics, effectively claiming its biggest scalp yet.

Germany’s far right populist Alternative for Germany is now Germany’s official opposition, largely on the strength of railing against Merkel’s immigration policies. Similar gains — or greater — by populist parties have been made elsewhere.

Brazil has just elected as president right-wing populist Jair Bolsonaro; Rodrigo Duterte remains a popular president in the Philippines despite overseeing the murder of more people than were killed during the Philippines’ Communist insurgency. Vladimir Putin has ruled Russia effectively uninterrupted since 2000, while Hungary’s Prime Minister Viktor Orbán and Turkey’s Recep Tayyip Erdogan can also be added to the list along with Poland and Slovakia’s populist turns. This is to say nothing of Dutch Party for Freedom leader Geert Wilders, France’s Marine Le Pen, the UK’s vote to leave the EU and, not least, the ascendancy of Donald Trump.

The list goes on, in Europe, Latin America and, increasingly, Australia. This is the age of populism, increasingly put forward as the antidote for the failings, real and perceived, of liberal democracy.

What is populism, really?

There is some confusion about what populism actually is, with a common error of confusing it with popularity. Popularity tends to win approval in politics, usually through the adopting of a position based on an ideological preference; populism, by contrast, tends to manufacture sentiment, while its methods do lend themselves most readily to varieties of authoritarianism.

Populism is primarily defined as the homogenised “people” against the corrupt and self-serving “elite”. This manifests in Australia (and elsewhere) as “all politicians are corrupt”. It can also be understood as tribalism juxtaposed with reason.

Populism has arisen for a number of interrelated reasons, but all of which can be understood as a sense of powerlessness in the face of what is perceived to be negative change. There is little doubt that the world is increasingly “disrupted” and the pace of change is more than many feel comfortable with, or can adequately adapt to.

The pace of globalisation assisted by transformative technologies and the uncompromising character of neoliberalism’s breaking of the social contract have created not just stagnant wages and a growing wealth gap, but greater job insecurity and the creation of a new, global underclass — one which has been referred to as the “precariat”. Being left behind, or fear of it, are powerful drivers to want to take back control.

Added to record numbers of globally displaced peoples, terrorism and wars often, if inaccurately, defined in terms of a “clash of civilisations” and there is fertile ground for fear-mongers to reap political reward.

Populism has manifested most prominently in Europe and the US, where economic disruption and cultural change are felt most keenly. However, populism has also taken hold in developing countries, as a response to economic decline or stagnation, or challenges from other ethnicities.

How does populism work?

Populist responses typically manifest as denialism (e.g climate change) and scapegoating under the rubric of being “anti-politics” and seeking “direct” or “authentic” connection between “the people” and a usually charismatic or non-mainstream “anti-politician”.

Populist political leaders commonly identify — or create — domestic problems as rooted in conspiracy theories concerning political correctness or the “corrupt elite”, with external causes including refugees, Muslims; in Brazil, “blacks”, and in the Philippines, drugs. Unskilled immigrants are blamed for “taking jobs”, refugees are seen as a threat, and some groups become marginalised or targeted —  Muslims today, Chinese/Asians in the late 20th century, Jews in the earlier 20th century.

By way of response, populists often retreat to identity politics, commonly around an exclusivist national identity. Open societies are, as identified by US political scientist William Galston, being confronted by “growing public demands for … economic, cultural, and political closure”.

By aiming at “the establishment”, conventional political critiques of populism only serves to prove the point that “the establishment” or “the elites” are disconnected from the people or, worse, involved in a conspiracy against them. Expertise is decried and evidence, including scientific evidence, is claimed to be nothing more than opinion, with all opinions viewed as equally valid.

Populist leaders tend to exaggerate or manufacture fears that are unrelated to the structural social challenges that give rise to susceptibility to such fears. Populist leaders are, consequently, weak on policy specifics, instead offering vague promises, such as “drain the swamp” (“drenare la palude”, first used by Italian fascist dictator Benito Mussolini).

The growth of populism reflects, in short, people seeking simple — or simplistic — answers to complex questions. It also reflects, in Australia and elsewhere, political leaders prepared to take advantage of that hunger for simplicity.

Why do you think populism is back? Write to boss@crikey.com.au and let us know.

Why populism is so popular with politicians 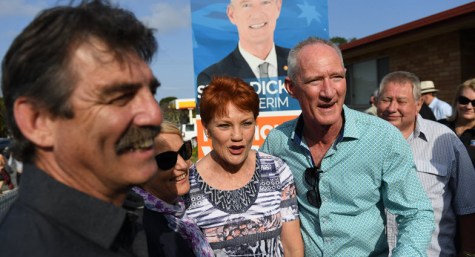 Razer: One Nation will thrive in the absence of a genuine alternative (and centrism isn’t it) 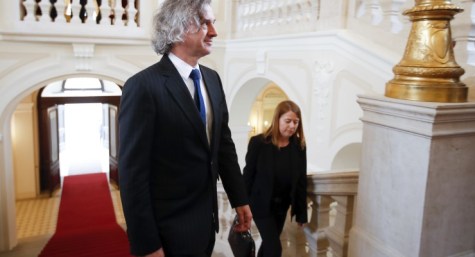 When politics and party moves away from representing the greater good and the electorate something’s got to fill that hole.

Is the author trying to suggest that politicians are _not_ corrupt? That they don’t act against the interests of the people they claim to represent? That they don’t spend most of their time in “telethon” mode, on the phones to potential donors, AKA corporate vested interests? The fact that this is the only way to win elections doesn’t diminish the nature of the problem.

I think it’s time that we all recognise that there’s a structural problem with so-called modern democracies as exemplified by countries such as Australia. Elections may still represent the will of the majority but increasingly, policy is determined by minorities. I believe it is this failure of fundamentals that is the primary cause of so much disenchantment, not higher-order issues such as globalisation.

Take Australia’s recent history, starting from the 1990s, as an example. Those with long enough memories will recall that the vast majority of Australians were against the sell-off of government assets in that decade. Despite this, privatisations proceeded en-masse. Again in the 1990s, the vast majority of Australians wanted Australia to become a republic, but a small, socially powerful minority imposed their will and, as a result, we’re still a monarchy two decades later. Or in the early part of the 21st Century, another vast majority opposed our involvement in the war in Iraq. Thousands marched in protest – but we went to Iraq anyway.

Fast forward to today. More than 70% of Australians want action on climate change. Perhaps 5% receive direct financial benefit from the fossil fuel industry – yet whose wishes are determining the policies of our current government? Most Australians want humane treatment of refugees, however just read the articles in today’s Crikey to see how that’s going.

The list goes on, far too long to detail here. Aboriginal reconciliation. Workers’ rights. Support for those in poverty. Again and again and again, the wishes of the majority have been trampled on. Instead, our politicians have tumbled to the fact that the path to power is gained through manipulation of our society’s fringes, or through the largesse and patronage of the wealthy and powerful.

People are exhausted by the constant battle to achieve even the most basic standards of decency and morality across so much of our politics. Is it any wonder that some are turning in their desperation to other political systems, such as fascism, in order to have their needs and desires recognised?

The above comment is a primary example of the current problem – it is a casserole of excellent analysis at the beginning then merging into a list of trendy beliefs – patently not supported by the majority of electors – wasn’t there a decisive result in the monarchy/republic outcome . What the problem is that once a vote is taken the overruled do not accept the majority result – look at Brexit [lets vote again we didn’t win],look at the American Presidency the incumbent won fair and squarely under their system. People should just move on and see if their views gain ascendency at the next opportunity. Keep the nation going forward not backward on defeated issues .

Merkel destabilized her country and therefore is accountable for her own slow demise but also for the rise of divisive politics and partys in her country. Don’t forget there is history in Germany for a populist overreaction to external stressors perceived as taking advantage of the German way of life.
She is no hero and should never be granted that status, she knew the consequences of open borders on the majority of German people who suddenly feel invaded and are told to comply with it.

Simplistic solutions for simple minds…the folly of man is only trumped by his propensity for violence (well in sufficient numbers to cause serious problems for the rest of us).