Who is George Soros and why do the populist right hate him?

Many of the Australian far-right would have you believe that billionaire George Soros, one of several liberal figures targeted in an apparent bomb plot in the US, controls Australia's left-wing agenda.

Last night, a series of packages containing explosives were mailed to the addresses of prominent symbols of liberal America, including Barack Obama, Hillary Clinton, and the headquarters of CNN. But they weren’t the first to be targeted in his way. Earlier this week, a similar package was found in the mailbox of financier and philanthropist George Soros.

The bomb appears to be the latest manifestation of the deep hatred directed at Soros from many on the right, who see him as a kind of liberal bogeyman; a shadowy figure accused of secretly backing everything from the recent caravan of Honduran immigrants bound for the United States to the Parkland school shooting in February.

Last year, Soros entered the Australian news when Christian crusader Lyle Shelton accused of him of allegedly backing the Yes campaign in the marriage equality postal survey. But why is the international alt-right obsessed with the figure, and why do Australian politicians talk about him?

Who is George Soros?

Soros, originally György Schwartz, was born into a wealthy Hungarian-Jewish family in 1930. As an increasingly hostile and anti-Semitic Hungary pivoted toward Nazi Germany, the family changed its name to the less conspicuously Jewish “Soros”. During the Nazi occupation that followed, they avoided being sent to the camps by posing as Christians. After the war, Soros moved to England where he ultimately made his fortune as an investor and business magnate.

Over the last few decades, Soros has donated to a number of political causes, beginning, funnily enough, with financial support for Republicans in the 1980s and ’90s. More recently, he has thrown his weight behind groups campaigning to stop Brexit in the UK. Such campaigning has made Soros a popular punching-bag for right-wing populists.

Soros’ alleged rap-sheet is long. He is accused of being the head of a shadowy “globalist” conspiracy, working to destroy borders and leading to the Islamisation of the West. It’s claimed he’s responsible for orchestrating Parkland school shooting in order to ramp up support for gun control. Donald Trump recently accused him of paying protestors trying to block Brett Kavanaugh’s nomination to the US Supreme Court.

The campaign against Soros gets stranger and more repugnant. A myth given animus by the doyen of American conspiracy theorists, Alex Jones, and supported by Donald Trump Jr., alleges Soros was a Nazi collaborator. In his native Hungary, Soros is despised by Prime Minister Viktor Orban’s increasingly authoritarian government, which christened a law criminalising helping immigrants claim asylum a ‘stop Soros’ law. Earlier this year, the Hungarian agriculture minister accused Soros of wanting Hungarians to eat insects.

The Australian right, always eager to co-opt the language of their foreign counterparts, have also been quick to find Soros’ fingerprints on things they don’t like.

In 2016, Australian columnist Jennifer Oriel claimed activist group GetUp! was the Australian arm of the Soros network. Oriel’s source was a trove of documents leaked by the Russian cyber-espionage group Fancy Bears, which purported to detail the myriad ways Soros’ Open Society Foundation was working to undermine western borders. The leaks didn’t get significant mainstream media coverage, but were widely reported on by outlets like Breitbart and Russia Today.

Tasmanian Liberal Senator Eric Abetz also repeatedly entertained the Soros-GetUp! Theory, as did Australian Conservatives leader Cory Bernardi. GetUp! denies ever receiving funding from Soros or his affiliates, calling the claims “a lukewarm conspiracy theory”. Last year’s same-sex marriage debate brought more Soros truthers out of the woodwork. A post on the Australian Conservatives’ Facebook page, accompanied by a picture of Soros, urged followers to “Vote No to stop the globalist agenda”. Then-head of the Australian Christian Lobby Lyle Shelton also made reference to Soros’ support for the Yes campaign.

Is the Soros myth anti-Semitic?

The alt-right presumably aren’t too concerned about the influence of money in politics when Murdoch or the Koch Brothers are concerned. What gives the vitriol against Soros such power is how neatly myths about him align with a very old brand of anti-Semitism. The trope of shadowy Jewish financiers secretly controlling the world dates back centuries.

Soros, a Jewish businessman, fits the trope perfectly, and has numerous historical antecedents. For example, the Soros of the mid 19th century was the Rothschild family, who were accused of profiting off the Napoleonic Wars, and who still frequently appear in online conspiracy theories.

The term “globalist”, tossed around disparagingly by Bernardi and his ilk to describe Soros is an anti-Semitic dog-whistle that recalls this notion of secret Jewish domination employed by everyone from the Nazis to former Ku Klux Klan head David Duke. The UK Daily Telegraph ran an article on Soros’ “pulling the strings” behind the campaign to stop Brexit, a popular image among the far right.

Much like last week’s “anti-white” racism motion, the normalisation of the Soros myth shows how quickly ideas percolating on the reactionary backwaters of the conservative movement can be given the guise of legitimacy by sometimes unwitting mainstream politicians and commentators. 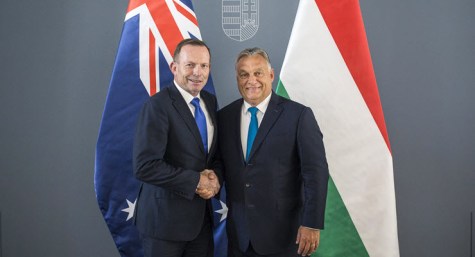 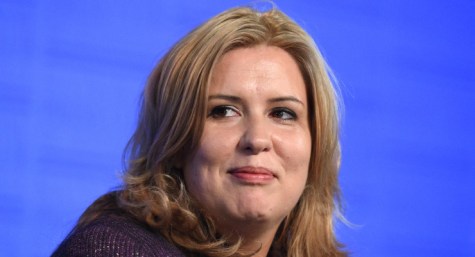 Anybody who believes the Soros conspiracy theories, and ignores the fact that he is fact an exceptionally decent human being, is themself a very disappointing human being – and miscreants like Shelton, Abetz and Bernardi who actively peddle the lies are really the scum of the earth.

George Soros tries to affect the politics in other countries.
Underneath his so-called philanthropy is a desire to undermine Western Govts worldwide.

Anyone telling you that Soros doesn’t donate money or fund pet causes is lying to you.

Criticism of Soros isn’t in and of itself anti-semetic. Nor is it baseless consispiracy theory.

I can’t believe you’ve written an article about George Soros and left out the bit that caused him to be come so well known.
The man who broke the bank of England. (Not really true, but he & others sure gave it a scare.)
It’s a fascinating tale and well worth looking up.
https://www.investopedia.com/ask/answers/08/george-soros-bank-of-england.asp

The test of these conspiracy theories against Soros is: How is alleged conduct meant to benefit HIM? That is the problem with all right wing antipathy to what they characterise as ‘Left’. Right wing policies are invariably designed to benefit elites who support right wing alleged ‘think tanks’. Although I have rarely seen any evidence of ‘thinking’ emerge from right wing tanks. On the other hand, the ‘Left’ always pursue policies that benefit the majority; ie other people. And unsurprisingly, that is why self-interest is despised by the left.

I think it was Bertrand Russell who said that when faced with 2 contentions, always prefer the contention that does not involve self-interest.

You wouldn’t think that Abetz would touch Soros stories with a barge pole given his family background.

Hear! Hear! But as the Germans say, the apple doesn’t fall far from the tree.

Thanks for that.Years ago before carbon tax,GetUp! Asked us to talk to our local M.P about climate change……..Bronny Bishop was my représentative and I made my appointment…She was oh so smiley until I mentioned GetUp ! At which she was apoplectic and told me that Soros was behind them and she would not hear a word from me!
I next encountered her in an aged care facility where I nursed.It was a cold day and she was laughing and saying that they needed beanies and what rubbish this whole climate changing idea. Many of these people had Alzheimer’s onset and yet they could vote for her and that explains the modus operandi of these ignorant LNP big wigs. Imagine Abbott and Bishop …I now live in Noosa.