The Honey Badger’s sales pitch to (and for) Australia

Nick "Honey Badger" Cummins is facing a media storm over his time as The Bachelor, but his new book and its associated image rehab tour reveals the power and appeal of the Aussie larrikin.

“Break up with a bird”, “spin a yarn”, “cry like a man”, “play golf naked”, “survive in the wild”, “hijack a rum truck”. The inside cover of Nick “Honey Badger” Cummins’ new book is best read while imagining him hollering the words at you from the other side of a country pub, likely with a lukewarm schooner of Iron Jack in hand.

“Crop-dust a church! Headbutt a shark! Be the Bachelor!”

The increasingly surreal dares are slapped across an image of his body. Nick Cummins, this year’s controversial Bachelor, wears his trademark sweatband, a suit jacket and a Hawaiian shirt with the collar sticking out like he’s Al Pacino in Scarface. It’s disorientating and disarming nonsense and thus, also a pretty decent summation of both the book and Nick Cummins’ public persona. That isn’t meant as an insult — it’s his brand, and it’s been paying off big time.

Cummins first caught the spotlight as a rugby union player clocking up 15 tests with the Wallabies. After gaining notoriety for his post-match banter, he was offered gigs spruiking Tradie Underwear, Iron Jack beer, The Iconic fashion, and even Australia itself. Cummins hosted an online news project for Tourism Australia before expanding out to distinctly ocker, general media gigs including a National Geographic series called Meanwhile In Australia… The latter show, appropriately, is named after a meme.

The Honey Badger Guide To Life is Cummins’ third book, and its release was due to coincide with the finale of his series of The Bachelor. It’s a book deal that was once reportedly described as a “gold mine”, but his appearance on the show last month — in which he rejected all remaining women — may have left the publisher in a bind. 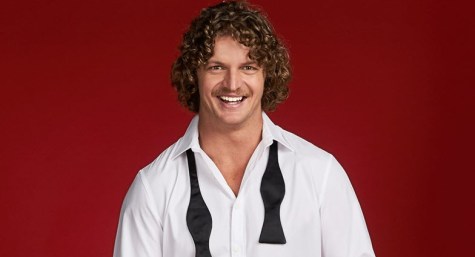 Pan Macmillan is now selling what amounts to a self-help book from a guy who left his jilted ex-girlfriends crying on The Project and was subsequently chased by A Current Affair through Papua New Guinea. This week’s national book tour of suburban Big W stores has been cancelled at the last minute, leaving would-be fans cracking gags about his “commitment issues” and accusing him of disingenuously exploiting his image.

Last night, Cummins was invited back on The Sunday Project (a stablemate with The Bachelor at Channel Ten) to “set the record straight”. Quietly enraged, he spoke of his “mental, physical and spiritual” difficulties with the show and the ensuing tabloid media panic that made him out to be a “jerk”. Looking down the barrel of the camera, he apologised to the women involved then addressed the audience: “To the young blokes out there: stand for something or you’ll fall for anything. Follow your heart.”

It was received well, particularly by panelist Tommy Little who variously described Cummins as “a very nice bloke” and “a lovely dude”. But what exactly is the Honey Badger selling, and is Australia still buying it?

I think our quality of life has been diminished as a result of this. We can’t say anything. We can’t do anything. We can’t wear anything. Everything might upset this person or that person. Life’s not fun anymore. But people will get to this point, and then there’ll be a bloody revolution. And all of a sudden, we’ll be back to the way things should be. I bloody hope so anyway.

Once you look past the wild aphorisms of the front page (also scattered throughout), The Honey Badger’s Guide To Life truly delivers on its name. In chapters including “Modern Masculinity”, “The Aussie Larrikin” and “Feminism”, Cummins outlines his vision of an ideal life and an ideal Australia: one in which all people are equal (“not the same, but equal”), and all people have equal right to say and do what they want (within reason).

I don’t agree with a lot of what’s being sprayed about the world, but I don’t have to be offended by it or take it to heart.

Cummins advocates getting away from the “online bullshit”, taking trips out bush with the boys, and taking a joke as a joke. “[Australians] were always a bunch who wanted to get on with each other, who welcomed each other and who looked out for each other even when we didn’t agree,” he writes. “I want to put Australia back on the map for the right reasons.”

It’s a highly subjective view of Australian history to say the least, but the Honey Badger is in the business of positivity — often to great effect. He writes with great sincerity about his father, who has faced long-term radiation treatment for cancer, and his two siblings who live with cystic fibrosis. “A bad diagnosis,” he writes, “is an opportunity to reevaluate your life.”

From these experiences, he passionately advocates for men’s mental and physical health. From eloquent and heartfelt sentiment about suicide and the benefits of emotional vulnerability, to this:

Modern masculinity makes as much sense as chasing giant wheels of cheese down a steep hill or pushing butter up a porcupine’s arse with a hot needle.

The Honey Badger’s brand is something of a balancing act. He’s an all-out bogan, but sensitive too. He’s a man’s man, who also wants men to change. He spouts total nonsense, but is also capable of immense sincerity. This unique style of Aussie larrikin is an irresistible mix for many — whether fans and consumers are drawn to his condemnation of “PC bullshit”, or his more progressive stances.

Post-Bachelor, that Rorschah test-style duality is even stronger. He’s either seen as bit of a jerk, a manifestation of all that’s wrong with dating in 2018; or he’s a battler who had a rough run and stayed true to his heart. Either way, he’s being talked about.

That’s surely tough going for him on a personal level, and it looks like it may be taking its toll. But in terms of book sales and ongoing sponsorship deals? The Honey Badger is golden. In Australia, the brand of a larrikin is as tough as woodpecker lips. 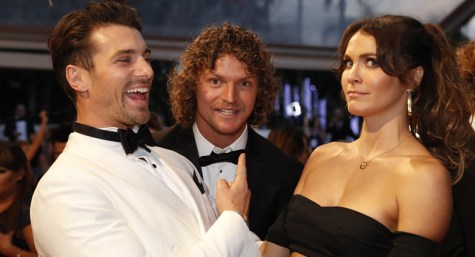 Kyle, Kyle, are you out there?

We know you’re there Kyle…… Just calm down and tell us what that’s all about.

Serioulsy, this is the lead in Crikey today? You’re kidding us right, in some post-truth, its all bullshit so who cares? kind of way. Really, if we wanted this, we’d read the SMH web site. Don’t think we haven’t all noticed the diminution of real news and intelligent analysis on Crikey lately. Now you don’t even bother to pretend anymore. What a shame.

Crikey has strayed a long way from the halcyon days when Jonathan Greene was the editor. Subscribers have not signed on for this populist dreck. These days the comments have more substance than some of the reports.

As far as The Bachelor is concerned it appears Nick Cummins fulfilled his role to the letter as, at the conclusion of this shallow series, he remained true to the title as…. The Bachelor.

That’s a bit much. He just rejected the two remaining women on the show, he didn’t curse all of womankind.

It might be that he belatedly realised “women willing to come on a reality TV dating show” and “women Nick Cummins is into” are not overlapping circles on the old Venn Diagram.

It’s really time that we stopped giving this oxygen. Make the bad man go away

I’m unsure as to whether the author is endeavouring to appear as a “look-alike Helen Razer” but if such is the case I suggest that it would be less embarrassing to fail now rather then in a few articles hence. As to ‘larrikinism’ it is NOT a term of endearment to anyone with a sense of Australian history. The phenomenon appeared in the early 1890s with the mini (albeit decade-long) recession. The behaviour was particularly acute in Perth were young females (15-19) were accosted by similarly aged males who thought nothing of directing expletives to the females accompanied by mild groping.

As to the PC stuff – well the country had it chance with 18C. The existing slander and libel laws were sufficient but not for the SJWs. The remainder of the article amounts to arrant drivel; the type of trash that one might read prior to having a filling reset. Short of a major interview : no references to TV. It doesn’t matter a damn or matters only to those to don’t matter.

On the somewhat brighter side Keane’s article on “Whither the Libs or Wentworth” was, to my surprise, remarkably even-handed. For the first time in a long time the subscribers were not told how to think or indeed what to think. Nevertheless Crikey has to make its editorial mind up as to (1) the type of content and (2) the approach to the type of content that it will “print”. Aiming for the Union only ever yields the Intersection. Attempting to please everyone pleases, in the end, the least.

As to embargoes/moderation (now that I have the opportunity) I recommend removing the filters altogether. Make it VERY clear what the publishing principles are to be (with the authors adhering to them too(!)) and apply a “one-strike-out” policy.